New capital to have long-term consequences for market structure: Aon

Price rises seen at the January reinsurance renewals could be short-lived, according to reinsurance broker Aon Benfield, who says that the weight of capital entering the market will dampen rate increases at future renewals, something it believes, “may have long-term consequences for the structure of the reinsurance market.” 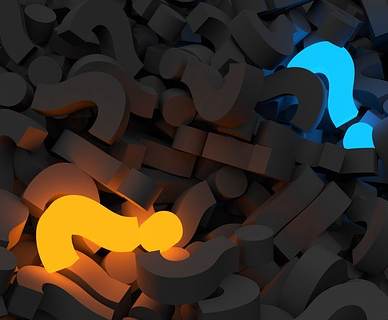 The entry and growth of alternative forms of reinsurance capital has already had a major structural impact in reinsurance and increasingly in insurance, but following the major losses of 2017 it appears Aon Benfield believes the effects ILS and alt capital has on the market could increase in magnitude and accelerate.

This aligns with the thinking of many ILS market experts and some of the most experienced ILS fund managers, who view the successful navigation of the post-loss environment, the way ILS markets dealt with the trapped collateral issue and the rapid pace of new fundraising as signs that ILS could be ready for another phase of rapid growth.

As you’d expect, any further rapid growth of the ILS market will increase its influence in reinsurance, at renewals, and generally over the market cycle, which could indeed have consequences for re/insurers that last for years in terms of further reshaping the market.

In broker Aon Benfield’s new January 2018 Reinsurance Market Outlook Report, the firm says that while the size and distribution of losses from the major catastrophes of 2017 remains uncertain, “it is already apparent that they are manageable and well-spread.”

This demonstrates the insurance and reinsurance industry’s ability to provide continuity to clients and respond rapidly to major losses, something Aon Benfield notes has, “clearly benefitted policyholders.”

Assisting in this impressive recovery by the industry has been the ILS and capital markets, which have responded to losses swiftly, paid claims rapidly, and raised new capital perhaps more quickly than anyone had imagined possible.

This post-loss response, alongside other innovative avenues explored by ILS in recent years, has clearly demonstrated a fundamental change in how reinsurance capital is raised, managed, utilised and deployed within the industry. Aon Benfield suggests that changes are set to continue, perhaps accelerate now.

ILS has had its proof of concept moment in the wake of the hurricanes and other major losses of 2017. While the sector is still dealing with the impacts of the catastrophes, paying claims and resolving trapped collateral issues, which could last some time, the ILS market has positioned itself to trade forwards admirably at the key January reinsurance renewal and many players have come out of that key trading period with more capital than they had before it.

The losses from the 2017 catastrophe events, “have been absorbed without compromising the availability of reinsurance capacity,” Aon Benfield explains.

As a result, the losses served as the first major test of alternative capital and ILS, Aon Benfield explains.

“Significant funds backing fully collateralized reinsurance and retrocession contracts have been lost or trapped, but investors have responded by showing strong appetite for an asset class that is now viewed as being relatively more attractive,” the broker said.

“The sector has therefore proved its worth and come of age as a committed source of reinsurance capacity.”

The fact that the ILS market has come out the other side of the largest losses it has faced with more capital and more interest from investors, both those already allocated and those interested to be, is testament to the foundations that market participants have put in place.

From the service providers, lawyers and brokers providing the structurers and structuring, to the ILS fund managers and the relationships they have built with capital, all sides of the ILS market have assisted in creating something durable and long-lasting, which having been rigorously tested and passed that test with flying colours could now be about to have an even bigger impact across the way re/insurance risks are transferred and traded.

“Reinsurance pricing has moved up in lines and territories most affected by recent losses, but we expect this trend to be relatively short-lived, given the amount of new capital entering the sector. This may have long-term consequences for the structure of the reinsurance market.”

Looking ahead, the broker believes that as we move through 2018 the market will find that “underwriting capacity remains intact for all lines of reinsurance” and that for ILS, having been properly tested by the recent hurricanes for the first time, “the market has responded with a show of strength.”

Aon Benfield sees no sign of the appetite diminishing either, saying, “New funds have been committed to replace collateral that has been lost or trapped and the catastrophe bond market continues to exhibit high levels of activity. Insurance risk remains attractive relative to other available asset strategies and low correlation with other asset classes (except in the most extreme scenarios) remains a key consideration.”

The long-term consequences could come in many forms, but the first of these could be a ramping up of the pressure on traditional reinsurers to improve their efficiency and reduce their costs.

The price rises achieved at the January reinsurance renewals may boost margins for a short period of time, but if they are particularly short-lived then it won’t be long until reinsurers are back in a cycle of gradually shrinking returns-on-equity, hiking the need for increased efficiency across their businesses and their capital stack.

That could trigger some fundamental changes, in that the use of third-party capital may increase and some companies may have to relinquish specific areas of focus to other capacity providers, instead seeking to make a return by providing underwriting or management services.

We could also see a renewed focus on getting closer to the risk, removing parts of the value-chain deemed expensive or unnecessary, something which may pressure both intermediaries and underwriters over the coming years if alternative capital maintains and perhaps further grows its influence in the market.

Reinsurance firms have been talking up their backing of “risk pools” for the last few years. But the real story for the future of re/insurance may be in matching risk pools with the right forms of capital, as we see in ILS, and it is by no means certain that this would be a reinsurance balance-sheet in every case.

Changes to the reinsurance cycle could be significant, as risk transfer becomes more a function of finding the right price (based on costs, capital efficiency and losses) than of the renewal season demands of a marketplace still operating as it has for many decades. This suggests that competition will likely continue to rise as well, further pressuring some players.

Structurally there are likely to be more major changes in the market, with the ultimate goal being a more efficient risk transfer product and a streamlined market, with a value-chain that sees risk passing as smoothly as possible to the most appropriate capacity source to back and hold it.

In reality these changes have been underway for some years, perhaps decades, already. But we may now be on the verge of an acceleration of these trends, which would indeed have long-term consequences for everyone in re/insurance, as well as their customers.