New capital may not be willing to replace trapped collateral: Albertini, Leadenhall

If rates do not harden materially post-Irma, there may not be appetite for new ILS capital to come into the industry to replace collateral that is tied up at 1 January, thinks Luca Albertini, speaking to Artemis at the Rendez-Vous de Septembre. 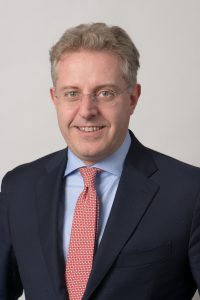 On Friday 8th September Hurricane Irma was predicted to make landfall south of Miami and carve a path through the eastern part of the State of Florida as a category 4 storm. It was at that point that the ILS market was truly put to the test, according to Luca Albertini, chief executive of Leadenhall Capital Partners.

Speaking on the Tuesday of the Rendez-Vous he thought the “test went well”. “It was important to see what happened on Friday when we thought the loss would be a lot worse. The behaviour we saw on Friday showed a lot of discipline in the market.”

“Investors were very interested to know how much they were expected to lose, but also seemed ready to come back to the market to take advantage of the potential increase in prices post loss.”

With Irma having lost strength as it tracked over Cuba before making landfall on Florida’s west coast current estimates by AIR Worldwide pegged at $20 billion to $40 billion, the impact on rates may not be significant enough to satisfy the expectations of new ILS investors, thinks Albertini.

“New investors with capital on the sidelines are asking what rate uptick we are expecting, because quite frankly the size of the event will have an impact on pricing,” he says. “But we’re not talking about the kind of correction that we saw post Hurricanes Andrew and Katrina.”

As always there is the caveat that there is still three and a half months to go before the 1 January renewals, and that Harvey and Irma have depleted industry capital to an extent that is yet to be determined. “I would personally not be expecting declines in peak perils,” says Albertini. “And while Irma wasn’t as bad as expected, there’s Harvey and if there is another medium event in the year that would be a true game changer.”

New capital providers may be needed to replace collateral that may be tied up at 1 January. “An important question is how much capital is not available for next year because of the buffer loss tables of the collateralised reinsurance funds,” he explains. “One of the simulations I have been asking our team to carry out is what percentage of our capital will be trapped if we follow the buffer loss table, as we contractually should.”

“So will the money on the sidelines be willing to come in and replace the trapped collateral?” queries Albertini. “Those investors would demand an increase in premium, as much as if that tied up capital had actually been lost.”

He points out that this will be particularly challenging for funds that retrocession heavy. “What happens when you have an event which is not big enough to change the rates materially but traps the collateral? You put these two things together and the question is: what does the investor do?”