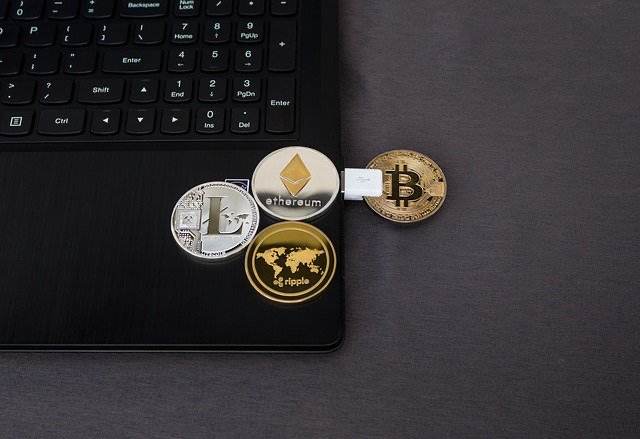 Nayms Ecosystems Limited’s goal is to create, “smart contract powered platform that allows insurance entities to create fully digital, transparent, trustless and tradable reinsurance contracts, with the aim of addressing inefficiencies in the current way insurance and reinsurance risks are placed and traded in the market.”

Now, this doesn’t mean the reinsurance contracts are digitalised as such, just linked to or represented in a digital asset which can be traded.

But in the case of insurance-linked securities (ILS), which is a target area of the market for Nayms, the company wants to go a step further to represent the collateral of an ILS contract (so its value) in a digital asset using stable coin technology.

Nayms says that its smart insurance contracts will be fully-collateralised, transparent, traceable, peril and participant agnostic and can be made tradable at very low frictional costs.

Nayms has now received both Digital Asset Business and Innovative General Business Insurer licenses from the Bermuda Monetary Authority (BMA), as it begins to progress its plans.

Its goal for ILS is to provide a liquid market for transfer of ILS assets and contracts, using the infrastructure of smart contracts, digital assets and also a stable coin for collateralisation.

Over a 12 month period Nayms will be operating in a regulated Digital Asset Sandbox in Bermuda and conducting trials of its technology, so it will be interesting to see what traction can be achieved.

Nayms was launched as a collaboration between co-founder and CEO Daniel Roberts and Insurtech Gateway, an incubator and insurtech focused investment fund based in London.

Richard Chattock, the CEO of Insurtech Gateway, commented, “We believe in the power of new technology and fresh thinking to solve old problems. Well done to the Bermuda Monetary Authority for seeing the need for a transparent trading environment for ILS contracts and paving the way for this exciting pilot. Nayms is facilitating a vital stage in the development of the insurance industry as a whole to provide liquidity for investors and insurers.”

Nayms believes there is a liquidity problem in the ILS market and so hopes to facilitate secondary trading of ILS assets and contracts.

CEO Daniel Roberts explained, “We are very excited to be working with the Bermuda Government, the regulator and the insurance industry on the Island, having so far been made to feel very welcome as we begin piloting our solution with the market. The BMA’s knowledge and experience in the areas of insurance and digital assets gives us great confidence as we innovate in the space.”

Roberts told us that Nayms smart contracts for ILS will be collateralised with a digital asset linked to the value of collateral that sits in a special purpose vehicle (SPV) structure in Bermuda, presumably incuding SPI’s as well as other cell structures used for ILS and collateralised reinsurance arrangements.

As a result, on the platform proposed, Nayms would allow for trading of ownership of the ILS asset or contract at zero costs, meaning that the investors and ILS fund managers could exit their positions or trade them with others without legal fees and broker fees.

The risk is linked to or represented in the digital asset that would be traded, which means any ILS contract could be traded.

Roberts explained that the smart represent ownership and allow for transparent trade, but over time Nayms would hope they will include details of the risk itself. For now, most of the legal documentation will sit outside of the system, but could be digitalised in future where feasible and required.

Nayms sees the ILS market’s liquidity problem as related to the end of a contract term, where unknown or currently unquantifiable losses can lead to trapping of ILS collateral.

They hope to let ILS investors and funds trade in and out of these positions so that capital can be put back to work more readily, leaving a new owner of the initial contract to access any remaining returns over the resulting extension period, is how it sounds.

Of course, that’s a relatively niche use-case, as selling trapped ILS positions is not always attractive and often investors would want to hold to realise the loss development and try to recoup some valuation. Also, where the investor or fund manager does have a desire to sell, it’s likely because it does see the loss picture worsening, in which case finding a buyer may not be so easy.

It’s actually quite a simple idea at its core, something that could technically be achieved with an identifier in a trading system as long as both parties understand the valuation of the assets and what’s in the ILS or reinsurance contracts underpinning it, plus there is a legal premise for the transfer of ownership.

But by leveraging digital currency and asset technology, there is the potential for the collateral valuation associated with an ILS contract to be represented in the tradable digital asset as well.

Of course, this doesn’t mean the actual ILS or reinsurance contract is encoded or digitalised, rather its just linked to the digital asset that trades at certain values.

The lack of real-time valuation processes in ILS does, of course, make this kind of liquidity paradigm more challenging to see broadly adopted, but there’s no reason two ILS investors or ILS funds couldn’t buy and sell ILS assets from/to each other using such a system where the collateral is reflected in the valuation of the tradable asset using a stable coin.

Would the ILS market embrace this sufficiently to make it a viable business model, or trading platform, in itself?

Hard to say, there is a lot of uncertainty over valuations of ILS assets at any one point in time and it is technically possible to buy and sell ILS contract positions today, but it rarely happens outside of catastrophe bonds.

Trading on the maturity is a need in some cases, but not always and how big the uptake would be is uncertain at this time.

While catastrophe bonds could be an asset that could be traded using a digital asset backed platform, that actually isn’t really needed either as the notes of Rule 144a securities can already be traded using many digital exchanges today, so these could be placed on many regulated exchanges around the world. So cat bonds could already be solved for digital trading, using recognised exchanges, if the market really wanted that.

It seems Nayms is targeting the less-liquid end of ILS, so collateralised reinsurance and retrocession as well. Whether that market will ever become truly liquid in this way remains to be seen. But in niche cases it could certainly benefit from this, we’d suggest.

It certainly has significant benefits for the investor base and ILS funds if it does gain traction, but the lack of standardised valuation processes could make this a challenge.

Valuations often depend on the specific view of risk of parties involved in a trade, meaning for an ILS asset to transfer from one party to another there needs to be a coming together on the valuation for it to clear.

Generally, to achieve that, you’re going to need sophisticated matching technology alongside anything like digital assets and smart contracts to make that a reality, in a truly liquid fashion.

Otherwise trades are more likely to be bilateral and such a system used for its functionality when it is required, rather than as a driver of liquidity in itself to begin.

But just having the option to buy and sell with less friction could stimulate greater transfer of ILS contract positions particularly in cases where there is distress and perhaps a need for holders to sell.

That is, of course, as long as the two sides can meet on price, which remains an uncertainty related to any liquidity initiatives in the ILS space right now.

It’s good to see Nayms looking to leverage cutting edge technology to try and solve a perceived liquidity issue in ILS. But how big that issue actually is and whether representing ILS assets in a digital asset is the answer to the problem Nayms has cited remains to be seen.

We believe and have always said that liquidity is key for ILS market expansion and growth and will come one day. However, we strongly believe liquidity is needed from the initial placement and right through the life of an ILS asset, not just for post-maturity capital release.

It will be interesting to see how this venture develops.

Premier David Burt of Bermuda commented on Nayms, “Nayms represents a promising blend of digital assets and insurance, which showcases what the future of insurance looks like. Bermuda has taken great strides to position itself as an attractive domicile for players like Nayms and it is exciting to see the kinds of new ideas that are being developed. The ability to create shared digital rules around traditional insurance contracts are a game changer for the industry. They allow for increased efficiency and greater market opportunity which ensures Bermuda continues to play a leading role in the insurance linked securities market. We look forward to welcoming more innovators like Nayms who are showcasing the way digital assets will reshape the core infrastructure of traditional financial services.”