Munich Re’s CEO of Reinsurance, Torsten Jeworrek explained today that the company expects positive market conditions at the next renewal season, but said it is vital market pricing sustains the recent gains made to ensure risks are adequately covered. 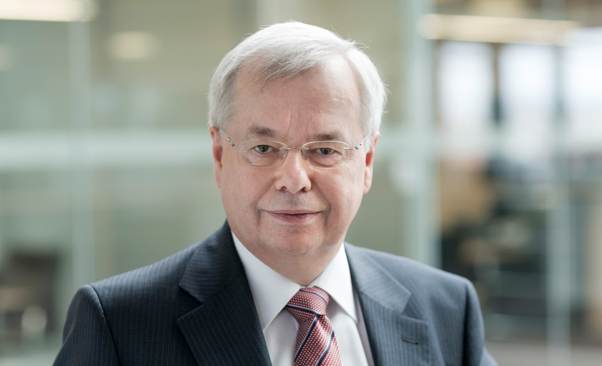 At the same time the reinsurer expects property and casualty reinsurance premium development to slow in major regions over the next few years.

Thanks to the economic recovery that set in after the lockdowns of the COVID-19 pandemic, plus the price increases experienced following the long soft market, Munich Re sees reinsurance market conditions as positive.

Which leads the company to forecast growth for the P&C reinsurance market, albeit at a slower rate than seen in recent years.

The company forecasts that the reinsurance market will grow by around 3% per-annum (inflation-adjusted) by 2023, with the primary insurance market forecast to grow at the same rate.

For reinsurance though, that’s a slow-down in growth from a 6% rate over the period of 2018 to 2020, with expansion to slow in Europe, North America and Asia Pacific, according to the reinsurer.

Conversely, P&C reinsurance premium growth is expected to accelerate for Africa and the Middle East and Latin America, over the next few years.

Speaking during a media briefing today, Torsten Jeworrek went into more detail on what one of the world’s largest reinsurers expects for the next year.

Jeworrek explained that, “In the traditional reinsurance market we see an ongoing stable environment.”

But after the recent year’s of catastrophe losses, social inflation, the pandemic, other man-made loss events and the ever-present climate risk threat, Jeworrek believes the market needs to protect its price gains.

“We are convinced the market environment is positive, but it’s absolutely necessary we keep this price level in place otherwise we’ll find it hard to cover these risks in future,” he explained.

He went on to say that Munich Re expects the upcoming January 2022 reinsurance renewals will be largely positive.

“The market environment leads to an expectation that rates have to stay or improve further, that is a global statement,” Jeworrek said.

He said that recent catastrophe losses, such as the European floods, hurricane Ida and the ongoing California wildfires will all add pressure on property lines and catastrophe risk business.

“These will lead to further improvements, particularly in the property business, the catastrophe business,” he explained.

Adding, “This picture is not homogeneous over the world, but we expect at least stabilisation if not improvement in prices.”

Specifically on European property catastrophe reinsurance business, in light of the recent floods, Jeworrek said that, “Europe cat pricing was stable at best in the last five, six, seven years or so, a bit different to other markets worldwide. Now we have an event here in that market and it will certainly lead to a reconsideration of prices.

“But the market prices for cat business will increase.”

But said there is still more work to do, to make the industry sustainable.

“We still have to catch up as an industry in modelling secondary perils, such as wildfires, flooding and others,” he explained. Adding that, “With social inflation in the United States, many of the market players in our industry had to deal with reserve issues because social inflation took speed and was unexpected. That has stabilised somewhat, but we’re uncertain how coronavirus could affect this in the coming years.”

So there are still issues to watch out for and price gains likely to be required, to ensure the reinsurance market is covering its loss costs, cost-of-capital, expenses and to provide for a margin over the longer-term.

But he noted that challenges faced across reinsurance have affected investor confidence in insurance-linked securities (ILS).

“When you ask the investor community, this loss creep and unmodelled perils led to some sort of reconsideration of the business model and higher return requirements,” Jeworrek said.

Going on to say that, “Because of the locked in capital, due to the events of the past few years, there is a higher appetite for liquid investments, such as catastrophe bonds and less appetite for the less liquid products which had been more popular in recent years.”

← Older article Everything I see points to hardening: Christian Mumenthaler, CEO, Swiss Re