Global reinsurance firm Munich Re has announced the appointment of Joachim Wenning as its new CEO, after its Supervisory Board accepted the request by Nikolaus von Bomhard to leave the Board of Management and step down as the firms CEO on 26th April 2017. 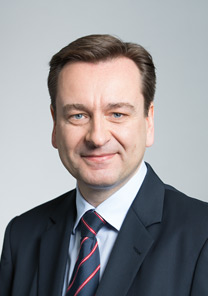 Wenning has headed-up Munich Re’s international life reinsurance business since the beginning of 2009, with a seat on the Board of Management as well.

Wenning’s appointment to the reinsurance firms Board of Management has now been extended to 31st December 2021, at today’s meeting of the Munich Re Supervisory Board. Wenning has also been responsible for human resources at Munich Re since the 1st October 2013 and became Munich Re’s Labour Relations Director on that date.

Wenning joined Munich Re in 1991, working as a treaty specialist with technical responsibility for life reinsurance clients in Germany until early 1997.

In 1997 Wenning moved to the Munich Re Group company Hamburg-Mannheimer Versicherungs-AG in Hamburg for two-and-a-half years, before returning to headquarters to lead the “Life Reinsurance Latin America, Southern Europe and the Middle East” department from mid-2000 onwards, where he was responsible for life reinsurance business in those regions. Wenning also oversaw the establishment of reinsurance offshoot New Re Bermuda and Zurich.