CATRisk Solutions has released a new Oasis earthquake risk model for the Middle East, a region underserved by catastrophe modellers when compared with more advanced markets and, that will provide insurers, reinsurers, and insurance-linked securities (ILS) players with a more comprehensive view of earthquake risk across the Middle East. 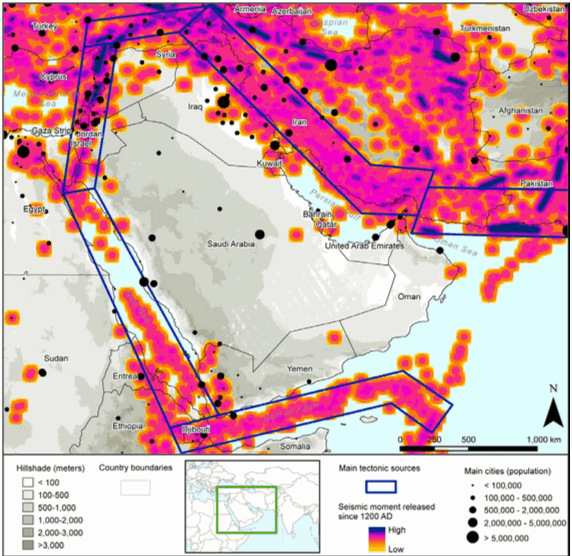 The new model is backed by the specialist Lloyd’s of London insurance and reinsurance marketplace, and is released on the Oasis platform, a not-for-profit catastrophe risk organisation.

Damage as a result of earthquake activity in the region typically occurs as a result of tremors that take place outside of the areas that are covered by existing catastrophe models for the Middle East. With this in mind, the new model uses the latest seismic data from every earthquake that has happened in the wider Middle East.

“Communities and businesses across the Middle East are exposed to a whole host of natural hazards, including droughts, floods, storms and earthquakes. Despite these exposures, the Middle East is one of the few regions in the world that remains largely in the dark when it comes to catastrophe model coverage.

“This new model will go some way to address that gap. By helping to identify and accurately assess risk exposures in the region we can help communities and businesses prepare for and build resilience to natural catastrophes,” said Trevor Maynard, Head of Innovation, Lloyd’s of London.

According to a Lloyd’s press release announcing the new Oasis earthquake risk model, 56% of the 398 million people that reside in the Middle East live in cities, which is predicted to jump to 68% by 2025.

This, says Lloyd’s, combined with the impact of catastrophe events in the region is driving increasing demand for new and innovative risk transfer solutions and services across the Middle East, which could represent an opportunity for ILS markets as well as the more traditional insurance and reinsurance industry to participate in a diversifying peril region.

As explained by Maynard, the Middle East has often been overlooked by catastrophe risk modellers, which limits the willingness and ability of global risk transfer markets to assess, understand, and ultimately price the risk.

A more comprehensive and accurate view of earthquake risk in the region should enable the insurance, reinsurance and ILS industry to develop more affordable, effective and innovative solutions that protect against earthquake risk across the Middle East.

Lloyd’s explains that the new earthquake model shows that the Middle East was hit by 200 moderate to large earthquakes from 1990 to 2014, which claimed the lives of nearly quarter of a million of people, and affected 10 million others.

Given the proliferation of cities, luxury properties, skyscrapers, industry and tourism in the region, the value of property at risk is perhaps much higher than insured premiums underwritten suggest, offering an opportunity for nimble players armed with data and advanced risk models to gain a foothold in the earthquake exposed region.