Parametric and weather index insurance specialist Meteo Protect has successfully renewed the arrangement that provides Spanish olive farmers and producers with parametric risk transfer to enhance their resilience to weather and climate-related risks. 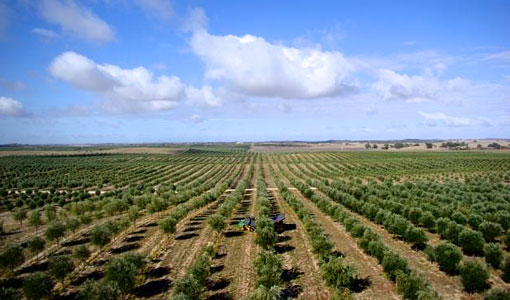 The arrangement began a year ago, as Meteo Protect’s weather insurance platform was adopted by the olive growers cooperative in Spain, the Agricultural Association of Young Farmers (ASAJA JAEN), to provide its 22,000 affiliates with access to customisable weather insurance using parametric and index triggers.

Now the arrangement has been renewed for the coming year, as the agricultural association is offering the parametric weather insurance protection to its 22,000 olive grower members again, through Lloyd’s Coverholder Meteo Protect.

With Spain experiencing five heatwaves during the summer of 2017 and an expectation that temperatures could again reach highs in 2018, the farmers are looking to insurance to increase their climate resilience.

The use of parametric triggers means that insurance coverage can be calibrated to pay out when conditions are damaging to their crops and payments can be made rapidly, without the need for loss assessment.

“To realize the affordability and necessity of this weather insurance for our members, we can look to the example of an olive farm in the Huesa region of Spain,” explained Luis Carlos Valero, spokesperson for Asaja. “With a budget of less than 60 euros per hectare, this subscribed farmer will receive a payment of 1,000 euros per hectare in the event that the temperatures exceeds 36 degrees Celsius for more than four days between April 30 through June 15.”

“In 2017, record temperatures were reached in Spain on several occasions throughout May and June, in addition to severe drought being experienced at the end of the summer,” continued Valero. “Thanks to our partnership with Meteo Protect, in 2017, cooperative’s membership who subscribed to parametric insurance for the April through June period and suffered losses had already received compensation by as early as July. Clearly, parametric weather insurance is vital to better protect the livelihoods of our farmers.”

Meteo Protect said that it is experiencing increased demand for the product now, thanks to the example set during 2017.

“We are seeing an increased demand from Spain’s olive growers for weather insurance following last year’s heatwaves in the region,” commented Gabriel Gross, CEO of Meteo Protect. “Last year, thermal stress led to significant early loss of fruit, for which all insured farmers who suffered losses were compensated. Thanks to our partnership with Asaja, we are increasing the number of olive farmers who are covered this year, and in fact extending our coverage to other crops for them.”

Meteo Protect recently launched one of the first parametric river flood insurance products, as it continues to expand its offering to business owners.

The success and increasing interest in these products is a clear example of how transparent parameters can be embedded into risk transfer triggers, be that for insurance, reinsurance, catastrophe bonds or other ILS structures, providing transparency and rapid payouts.

Parametric risk can be particularly attractive to ILS or reinsurance-linked investors, given the ease with which a portfolio of parametric contracts can be analysed and managed, while for the protection buyers the benefits are also clear, offering a more rapid payout than a traditional indemnity based insurance or reinsurance policy can typically offer.