Following the announcement from Markel Corporation that it is to acquire State National Companies for $919 million, Markel executives have discussed the benefits the transaction represents, expecting the takeover to deepen its relationship with alternative capital. 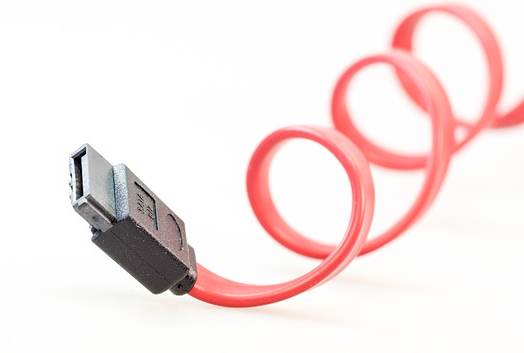 The acquisition, which is expected to close in the fourth-quarter of 2017 and remains subject to regulatory approval, was announced recently, and during Markel’s Q2 2017 earnings call executives at the re/insurer provided some insight into the reasoning behind the deal.

One thing that became clear is that Markel is eager to boost its presence in the alternative capital space, and feels the experience and skill set of fronting and program service insurance specialist, State National, combined with its alternative capital relationships, is a perfect fit.

Richard R. Whitt, III, Co-Chief Executive Officer (CEO) of Markel, said; “Just in terms of CATCo, third-party capital, alternative capital or whatever you want to call it, we certainly want to develop more product there and State National, we believe, is a perfect conduit between those risks that choose to go that direction.

State National has become the largest program services and fronting specialist, and works with both traditional and alternative sources of reinsurance capacity, which includes its program with the largest insurance-linked securities (ILS) fund manager, Nephila Capital.

Markel Co-Chief Executive Officer (CEO), Thomas S. Gayner, speaking during the firm’s second-quarter 2017 earnings call, said; “We are excited about the ongoing evolution of Markel and how we are adapting to the rapid pace of change in the insurance industry.

“The acquisition of State National and the skills and abilities they bring into this organisation, along with the CATCo business we acquired a few years ago, and with the ongoing improvements in our long-standing insurance operations, gives me great confidence in our future.”

Following the completion of the acquisition State National will continue to operate as a standalone business, and in almost all respects, “it will be scale-enhanced business as usual,” explained Whitt.

As part of a letter to State National clients in light of the acquisition, the firm recently said its “fronting business will continue to deliver enhanced value to you in the growing global reinsurance and alternative capital market.”

Whitt continued to underline the impressive growth State National has achieved in recent times, which, has essentially enabled it to be at the centre of reinsurance market disruption that is being driven by technology and also the rise of ILS.

A point touched upon by Whitt in his remarks.

“I think the changes that are occurring in the insurance market, in terms of InsurTech, in terms of third-party or alternative capital, these kinds of secular trends look very good for the business model that they’ve created.

“In terms of future growth, given that they’ve been growing so fast, it would be dangerous to project that kind of growth to continue. But we think they are set up both with the model that they have created, and with the secular trends that we see in the insurance business, to have very good growth as they go forward,” said Whitt.

Furthermore, just being part of the Markel Group will provide State National with all the resources to continue developing and expanding its services and capabilities, in the InsurTech space, ILS space, and traditional insurance and reinsurance markets.

“So we cannot be more excited. We haven’t sat down with our models and put a specific number on it, but we do expect significant growth,” said Whitt.

As all parts of the re/insurance value chain strive for greater efficiency, it’s likely that those servicing risk and helping connect the risk with capital will be presented with more and more opportunities, which highlights the potential value the purchase could bring to Markel.

As well as being a perfect fit for connecting risk to alternative capital, Whitt discussed how State National is “ideally situated to be the go between the InsurTech folks and your standard insurance carrier types,” so essentially acting as a translator between the two sectors which are increasingly coming together.

“That is a role that State National plays wonderfully and we see them helping us with our InsurTech initiatives, being that translator between us and those folks,” said Whitt.

Regarding competition and relationships, Whitt explained on the call that in light of the acquisition Markel remains “comfortable that both those relationships can continue without causing harm to the business.”

“There’s obviously the potential to be competing with some of your clients there and we’re able to separate those items. In terms of CATCo, again, there was the potential for conflict of interest that we managed, so we fairly quickly were able to get comfortable that we can manage that in terms of State National,” explained Whitt.