The majority of insurance-linked securities (ILS) funds have reported a negative return for February 2021 after the impacts of the US winter storm and Texas freeze, according to the latest report from the Eurekahedge ILS Advisers Index. 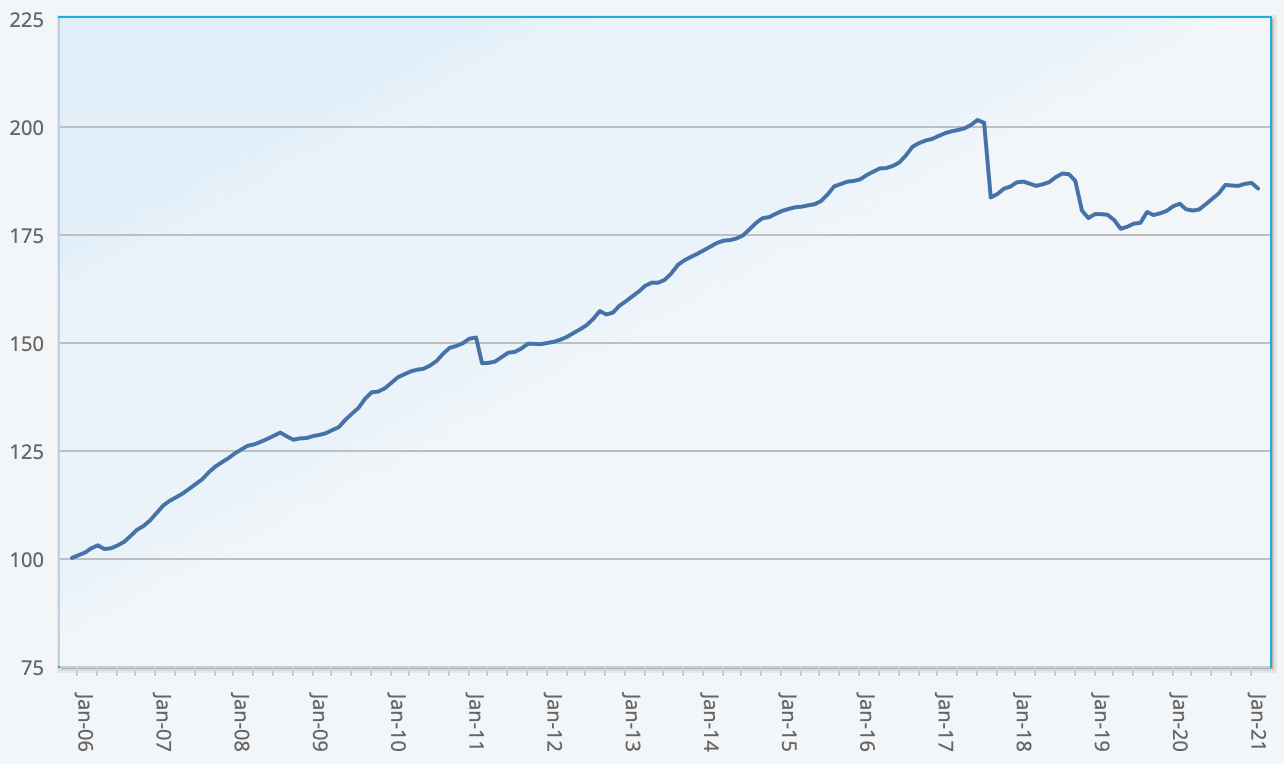 The Index was down -0.7% for the month of February 2021, as the average returns of ILS and catastrophe bond funds plummeted on the severe winter weather.

Still, not every ILS fund has reported either, so the monthly average could even worsen once all of the data is in.

Losses are anticipated and primary insurance giant Allstate reported that it expects to make a reinsurance recovery on one of its cat bonds.

However, ILS Advisers noted that the impacts to catastrophe bond funds during February were widely dispersed and depending on how ILS fund managers mark their books to market, some fared much worse than others.

Pure cat bond funds as a group reported average declines of -0.44% in February, while the subgroup of funds whose strategies include private ILS and collateralised reinsurance were down more at an average decline of -0.91%.

In total, 22 ILS funds were negative for the month, according to ILS Advisers, with just 5 positive, but still with some more to report.

There was a significant range in performance for the month of February 2021, as the impacts of the winter storm event hit some ILS strategies much harder than others.

There was more than 4% between the best and worst performer during the month, with the lowest return -3.59% and the best for the month 0.43%.

Differences in valuation policies was seen as a significant driver of a wide dispersion of returns among the catastrophe bond funds, ILS Advisers said.

“Some managers mark cat bonds based on the highest price from market makers, others use an average. Some apply the bid-side, others value on the mid-point. This is particularly important in a month like February, where the bid/ask spreads were much wider than usual (up to 5 points apart), and were pricing amongst market markers saw high dispersion (up to 25-30 points between best and worst bid),” the investment manager and advisory explained.

Significant impacts were always to be expected for February and a lot of the mark-to-market hit to catastrophe bonds was recovered, even before the end of the month, so it could have been worse and some ILS funds will have recouped some of the hit in March as well.

There was always an expectation that some ILS fund strategies would face higher impacts from this event, with the specific portfolio composition of ILS funds set to drive different outcomes.

For example, the impact through quota share reinsurance arrangements has been highly differentiated depending on the regional focus of sponsors, while again for those invested in excess of loss catastrophe reinsurance treaties impacts very much depend on whether you’d written against programs that faced a high concentration of losses from the Texas region.

Sources continue to suggest to us that the eventual losses from the winter storm and freezing weather will be manageable for the majority of ILS fund markets, with the final impacts of February’s severe winter weather in the US expected to be an event that only erodes the returns of that single month for many in the ILS fund market.

For the year to the end of February 2021, the ILS Advisors fund index is now down -0.57%. March should see a rebound of sorts, with some mark-to-market losses recovered, but whether we’ll see much of the February decline recovered remains to be seen.

You can track the Eurekahedge ILS Advisers Index here on Artemis, including the USD hedged version of the index. It comprises an equally weighted index of 32 constituent insurance-linked investment funds which tracks their performance and is the first benchmark that allows a comparison between different insurance-linked securities fund managers in the ILS, reinsurance-linked and catastrophe bond investment space.