For all the talk of a capacity crunch in retrocessional reinsurance markets, resulting in a renewal that is seen to be in disarray and set to be very late, we’re told that some major UNL retrocession programs have hit the market offering relatively flat pricing and terms in recent days. 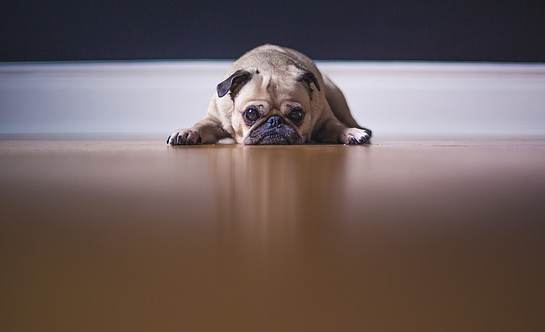 At the same time we’re told that some markets are pushing for up to 30% rate increases for retrocession renewals, particularly on aggregate UNL retro contracts.

Putting those two things together, buyers and brokers seeking flat renewals and markets looking for steep rate increases, it is no surprise that the sides are not meeting and many sources report a lack of agreement on price and terms, in some cases unlike anything they’ve experienced before.

Major ultimate net loss (UNL), so indemnity, retrocession programs from reinsurance firm Hannover Re and re/insurer QBE hit the market in recent days, we’re told, but the pricing is seen as relatively flat in both cases, once allowing for any risk adjustments due to exposure changes.

We’re told retro quota shares, including Hannover Re’s K-Cessions, have been in the market for longer are already largely under firm order terms, or placed already, with pricing relatively unchanged as well.

Other UNL retro renewals are also seeing disagreement over price and terms, with progress on placing these sometimes large arrangements often stalling as buyers and capacity sellers fail not just fail to reach agreement, but their expectations fail to come anywhere close to each other.

In some cases we’re told there is a huge gulf between buyers expectations for the execution of their programs and capacity sellers price ambitions, leading to a stalemate or standoff and the stalling of negotiations.

We’ve also heard of one major buyer of aggregate retrocession that failed to get the response it wanted for a joint program that covers a number of entities within its business, has now split this into separate retro placements in the hopes of getting better, or just any, execution on the deal.

The aggregate retro market had already been seen to be in some distress in advance of this January renewal, but now it seems the broader UNL retro market may be experiencing similar.

We’re told some of these large UNL retrocession programs are not just hitting the market at flat pricing, but also with an expansion of terms as well.

One change we’ve been told about that is putting markets off committing to the retro programs, or in some cases writing them at all, is a switch to paying flat premiums to the market no matter what they write on the other side.

Obviously this is fine if the rate is acceptable in the first place (to the markets writing it), but we are also told some of these programs are set to see markets reducing their line sizes specifically because of this.

This inability to meet on price or terms is making the retrocession renewals particularly challenging and as a result there is a chance some buyers decide to only cover core risks and layers, leaving the bulk of their retro for U.S. catastrophe risks until a little later in the year.

Collateralised retro markets that have taken heavy losses over the last 18 months could find this particularly challenging, as there will still be a need to deploy what capital they have available and they will be expecting rate increases.

It’s hard to believe that retro programs will get filled at flat pricing after the heavy losses experienced. So it may come down to either buying less, or paying more for the protection buyers, and receiving less return than hoped for, or writing less for the markets.

Sources also said that of course this could all come together just before the end of the year, as can happen. But at this late stage it looks like some buyers may struggle to find enough appetite to fill their retro programs at the rates they’re currently hoping for, meaning the renewal may keep pushing later and some retro purchases may even get held until after Q1.

We thought the picture used in this article may sum up how some market participants feel with year-end fast approaching.

Flat reinsurance & harder retro at 1/1, but 10%+ increases for mid-year renewals.

Munich Re in $86.8m Eden Re II 2019 reinsurance sidecar issuance

German reinsurance giant Munich Re has completed its first placement of collateralised reinsurance sidecar notes for 2019, with the sponsorship...