Growing in life insurance risk as an asset class and helping re/insurers with their Solvency II capital needs by delivering structured products are both areas of focus for the future at Secquaero Advisors AG, according to CEO Dirk Lohmann.

During the 2016 Rendez-Vous de Septembre in Monte Carlo Artemis interviewed Dirk Lohmann, Chief Executive of Secquaero and reinsurance veteran with a career that includes senior roles at Hannover Re, Zurich Financial Services and Converium.

First, we asked the question on everyone’s lips: Is the cycle bottoming out? 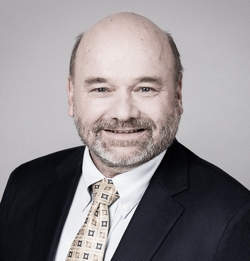 There’s really not much room for any further price drops. The yield situation for the assets for the reinsurance industry is not good, so there’s no cushion in that, and probably the overall quality of the balance sheet with regards to reserves has deteriorated a bit.

People have been releasing reserves to pick up their performance that way. But for the industry as a whole there’s not as much fat in the system as in years gone by.

How will traditional reinsurers continue to adjust?

Expenses is an issue for the reinsurance industry and if the market as a whole is only growing at 1%, as Munich Re says, then that doesn’t leave a lot of space. Scale has been touted by the very big companies – there’s that question are you in that tier or the tier below so I think there will be more M&A.

I think a number of them have – they have structures where they use third-party capital to optimise their portfolio and overall offering. Some are more aggressive in how they use that. A number of the players have adapted to that structure.

I would tend to agree that the hedge fund re model is not going to be sustainable. That model is premised on: we’re going to write low volatility business and make an investment return. First of all, there isn’t as much of that low volatility business out there – the primary companies are keeping it. And the investment market is a very tough one. We’ve seen that in the first half.

The market is going through some significant challenges and one of the new growth areas is cyber. But I don’t think anyone has a real handle on whether the pricing is right or what the losses will be. It’s going to take another five to ten years before that market really matures and in that period some people will lose a lot of money.

Is there a role for the capital markets in cyber?

There’s talk of it but I don’t think it will be us because we don’t have enough information to independently price that risk, and I don’t think the market does, so it’s not something specific to the capital markets. There’s still some uncertainty to what is actually being covered. Defining cyber is not actually easy, which many people are learning.

40 years ago there was this new product called D&O. Early writers made money because there were no losses, then the losses came and the coverage was challenged and all of a sudden people lost a lot of money and now it’s a standard line of business. But it took a while for the market to really get there.

What trends are you seeing on the ILS front?

Some are trying to move more towards the insurance business, whether its an MGA or putting corporate capital behind vehicles that are writing more of an insurance book of business. Nephila did it and others are backing carve-out companies in Florida or maybe putting capital into new vehicles for insurance business. The problem there is you have to have fairly sticky long-term capital because it’s not as fungible. You can’t just turn it off after 12 months.

Our focus is to grow in life as an asset class and try to work also with insurance and reinsurance companies on structured capital products that would address some of their Solvency II capital needs. Rather than driven by a line of business its driven by their overall capital requirements which are moving towards a whole account type structure. There’s huge potential in that.

What is investor appetite like more generally for some of these more esoteric risks?

Most investors are allocating specialist managers and the reason they do that is they don’t actually understand the insurance business. So they take a lot of time to get comfortable with the concept of catastrophe risk, for instance.

There, I think it’s easier for them to get a mental image of what they’re doing than it is when you start talking about something exotic like cyber or operational risk. I have not had conversations with allocators to our funds where they’ve said, why aren’t you doing that? It’s more about sticking to things that you know and can model and you can give us information and get comfortable. I see a lot of talk about it but I think it’s mostly from the brokers who need the capacity.

What could it take at this stage of the market cycle to cause a correction?

It’s not going to require the $50bn cat and it’s just a matter of time. We’re in the very late stage of a soft market. And when attritional losses start to push the loss ratio up close to 100% you don’t need big ones to push it way over 100%. It’s more a question of frequency than it is of severity. I look at this period and I liken it to the late 1990s/early 2000s.

Will the market correction be as severe as 2001, I don’t think so, because of all the excess capital and capital that’s waiting in the wings. But it could also be a non-insurance related event that drives a correction simply because capital could disappear – interest rate movements perhaps?

What could cause disruption in the industry from a capital or technology perspective?

The age of motor being the predominant line of insurance – those days are numbered because the technology shift. That could lead to a shrinkage in the overall number of insurance companies, the size of the markets. If you have self-driving cars and insurance with Google or the manufacturer of the car, it’s one policy, not millions of policies and that will change things.