Typhoon Lekima is without doubt set to become one of the most expensive natural disaster events to strike China in recent years, with the latest economic damage estimate of approximately US $7.4 billion placing the storm as the second most expensive typhoon to hit China ever. 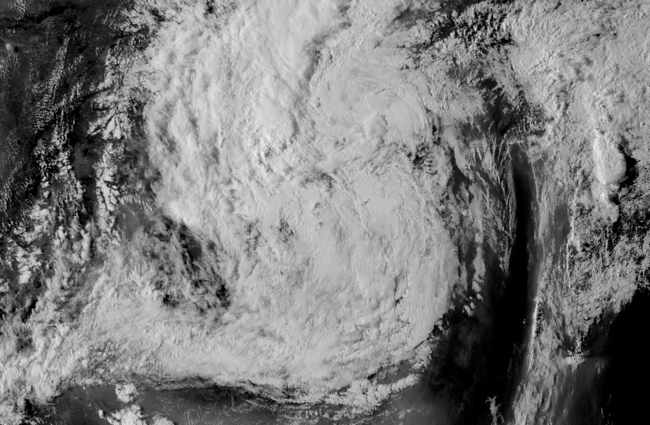 Update: An early estimate of insured losses from the storm has been pegged at US $855m+ by AIR Worldwide.

The Chinese insurance industry and global reinsurance industry could have taken a more significant larger impact had Lekima maintained its Category 4 super typhoon status all the way to landfall in Zhejiang province, China, which would have resulted in greater industrial and commercial property exposure.

The typhoon lost a lot of its symmetry as it passed between the Japanese islands and mainland China, resulting in a weakened but still deadly storm at landfall with winds gusting to 115 mph.

On Monday, estimated economic losses in China alone from typhoon Lekima were placed at around US $2.6 billion so far.

Now, that figure has risen significantly, with the latest official estimates to come out of China placing typhoon Lekima’s economic impacts at around US $7.4 billion.

At that level typhoon Lekima may be the second most costly typhoon to ever strike China, falling only behind 2013’s typhoon Fitow which is estimated to have caused around $10 billion to $11 billion of damages in the year it struck the country.

At more than 51.5 billion yuan typhoon Lekima’s economic costs far surpass the estimated 44 billion of typhoon Rammasun in 2014 as well, but falls behind the 63 billion of damages from typhoon Fitow.

In total, more than 140 million people are thought to have been impacted by typhoon Lekima, with now 56 deaths recorded and still 14 more missing.

Estimates suggest that more than 15,000 houses and properties collapsed in the typhoon and resulting flooding, while agricultural area affected amounted to 1.137 million hectares of crops.

As we explained before, such losses have got the potential to impact any quota shares that major Chinese insurers have in place with the global reinsurance market, but even then this would be expected to be a very small number.

This now US $7.4 billion figure for economic losses from typhoon Lekima will still rise further, as flooding impacts continue and damage is still being assessed.