Reinsurance rates at the January 1st 2018 renewal season may be as good as it gets, with pricing levels seen as a “ceiling” rather than a “floor” by analysts, who suggest that if the mid-year renewals see price increases at a level with the start of the year reinsurers should be satisfied with the outcome. 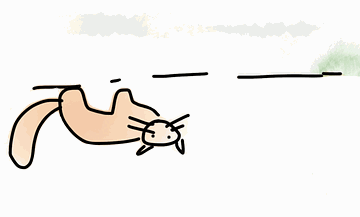 After the rate increases seen at January 1st, which were described as disappointing by many, discussions have moved on to the potential for June and July renewals to make up for it, given their Florida and United States property catastrophe program focus, which were the hardest hit markets by 2017 catastrophes.

But the realisation is slowly sinking in, that while reinsurance renewal rates in June and July are likely to be a step up from a year ago, they are unlikely to rise anymore than was seen in January.

Analysts at Keefe, Bruyette & Woods explained in a recent report, “We think the combination of reasonably prevalent releases of 3Q17 catastrophe loss reserves (mostly for reinsurance) and sustained alternative capital inflows make January 1 reinsurance renewals more of a ceiling than a floor.”

If reinsurance pricing reached a ceiling at January 1st then there is only one direction for them to move from here, while market forces continue to ramp up the amount of capital seeking a relatively static amount of underwriting business.

The question for the mid-year renewals should perhaps be one of how sticky the ceiling may be, rather than one of further price rises.

Catastrophe bond pricing so far this year suggests that savvy ceding re/insurers should be able to secure Florida and U.S. wind exposed cat bond backed reinsurance or retrocession coverage at pricing that is not a great deal higher than prior to the losses, perhaps even flat for some sponsors.

In fact, indications are that rate increases in the property insurance market are tracking those seen in January, at best, suggesting that the key Florida renewals will not see any better.

It’s important to remember the capital raising that goes on in the run-up to the mid-year renewals. We can expect fresh capital inflows for most of the major ILS funds and collateralized reinsurance writers, while other reinsurers are deploying a little more than last year to take advantage of what rate increases they see.

All of which suggests abundant capital will be a factor at the mid-year renewals, in precisely the same way as was seen in January.

The effects of ongoing abundance of capital and capacity have yet to be seen, but it will take some significant discipline in the market for rate rises to remain at the levels seen in January.

This June could be a real test of risk appetite for some reinsurers as well. Will they grow their U.S. property catastrophe books, to capitalise on what rate increases there are?

Market dynamics promise to be fascinating at the mid-year. If a ceiling has already been reached then there is likely only one way to go from here, a return to flat or slow declines in rates, until the next set of major losses hit the market and remind participants of the importance of risk commensurate pricing.