James Few, the Global Managing Director of re/insurer MS Amlin’s reinsurance division has stepped down to take on join broker TigerRisk Partners as the CEO of their London office. 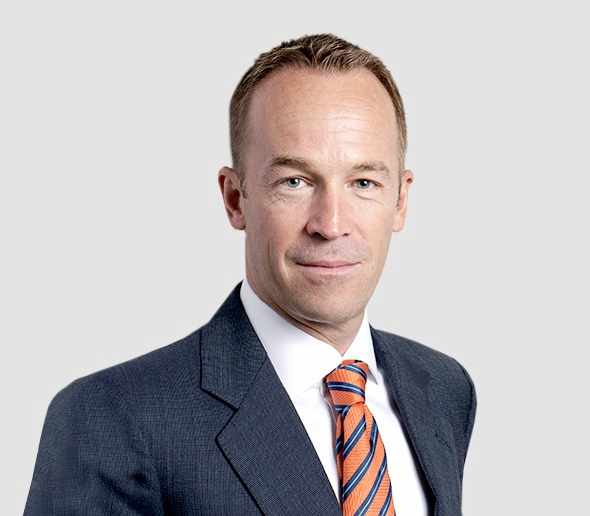 Few has been with MS Amlin since 2015 and has been instrumental in developing the firms global reinsurance offering, which also meant he had significant interaction with insurance-linked securities (ILS) specialist fund manager Leadenhall Capital Partners, in which MS Amlin had an ownership stake (before that stake shifted to parent Mitsui Sumitomo).

In becoming the Chief Executive Officer of TigerRisk Partners growing London office, Few will have a key role at the reinsurance broker as it continues to expand its operations and focus on Europe as well as the rest of the world, outside of its U.S. home.

Few will report to Rob Bredahl, President and COO of TigerRisk.

“James Few is a proven leader within the reinsurance industry,” Bredahl said. “He played a key role in the development of Aspen Re, created a range of innovative ILS structures, was chairman of the RAA… the list goes on. In short, he is at the cutting edge of modern risk transfer and is ideally qualified to help grow TigerRisk into the industry’s leading broker/advisor.”

Hugo Crawley, Chairman, TigerRisk UK, commented, “In James we have the perfect combination of innovator, strategist and manager who will lead Tiger’s expansion in the UK, EMEA and beyond.”

Few began his career in re/insurance in 1993 on Royal Global’s graduate training program and by 1997 had become Client Development Underwriter at Royal Sun Alliance. In 1999, he became a Direct & Facultative Underwriter at Wellington Underwriting.

He has also held roles as CEO of global insurer Aspen and before that President of Aspen Re.

“I am thrilled to be joining TigerRisk, the most creative, innovative and progressive broker/advisor in the industry,” Few explained. “Tiger is leading the transformation of the reinsurance industry and I’m eager to be part of it.”

Simon Beale, Chief Executive Officer of MS Amlin commented on Few’s departure, “James has made a valuable contribution to MS Amlin, but we understand this is an exciting opportunity for his career with TigerRisk Partners. We wish him well in his next endeavour and looking forward to continuing our relationship into the future.”

As a result of this move, Chris Beazley, CEO of MS Amlin AG, is set to expand his leadership role to include taking on responsibility for MS Amlin’s reinsurance business with immediate effect.

Having joined the firm in 2007, Beazley will now set the the strategy of MS Amlin’s reinsurance business, supported by Dominic Peters, Chief Underwriting Officer and Phil Wooldridge as Reinsurance Lead and Joint Active Underwriter for MSAUL, the Group’s Lloyd’s platform.

Beale, said, “Since joining MS Amlin over 10 years ago, Chris has been an integral part of the management team. His leadership skills, global experience and market expertise will be invaluable to the reinsurance team as it continues to drive the business forward to the next stage of its development.

“Our leading reinsurance business continues to be at the core of MS Amlin’s offering and our experienced team of senior underwriters and claims experts across London, Zurich, Bermuda and beyond work tirelessly with our broking partners to deliver innovative solutions to meet our clients’ needs.”

Beazley has held senior roles in London marine and reinsurance business at MS Amlin, launched the firm’s Singapore operations and acted as Head of Global Clients and Strategy for MS Amlin’s Reinsurance SBU. In 2016 he also served a two-year secondment as CEO of the London Market Group (LMG).

Among all the reasons for inflows of alternative reinsurance capital into insurance-linked securities (ILS) slowing down over recent months, Fitch...