Is catastrophe risk going through a de-commoditisation?

Given the hardening of pricing across natural catastrophe reinsurance markets and renewals, the analysts at RBC Capital Markets have asked whether a de-commoditisation of nat cat risk is currently underway? 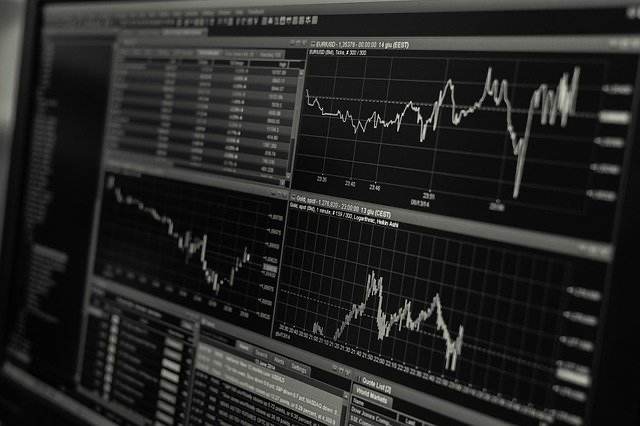 Natural catastrophe risks in reinsurance have been said to have become more commoditised for a number of years now.

We first began to hear the term commoditisation (in relation to cat risks) over twenty years ago, with the emergence of the catastrophe bond market, as well as the push for early digitalisation and trading platforms.

These innovations, capital markets and technology, all came about from a desire in the broader insurance and reinsurance market, to find ways to enable a far more liquid and syndicated transfer of catastrophe risk, between market participants, as well as into the global capital markets.

A great and early example of the potential for a true commoditisation of catastrophe risk came when CBOT launched its catastrophe insurance options contracts, which became available for trading in the early 1990’s.

The catastrophe bond market followed in the second-half of the 1990’s (join us at our September conference in London to hear more about this), signalling another point in the market’s development where catastrophe risk was thought to be getting more commoditised.

The 144A catastrophe bond issuance, came with multi-million dollar transactions broken down into far smaller chunks of notes, so the risks could be broadly distributed and diversified through capital markets.

This institutionalisation of catastrophe risk hinted at further potential for commoditisation ahead, with the internet and technologies also showing us ways to make this possible.

Meanwhile the advances in catastrophe risk modelling seen through the 1990’s and 2000’s drove even greater belief that commoditisation (of cat risk) might be upon us.

But for many, the commoditisation of catastrophe risk was seen to be really accelerating through the period of rapid insurance-linked securities (ILS) market growth of the 2010’s.

Which is when cat models had come of age and diversified capital really made its appetite felt across insurance and reinsurance.

The RBC Capital Markets team mused on this in a recent report.

They see the advancements in catastrophe risk models as a key driver of the belief cat risks were becoming commoditised.

“Access to these “off the shelf” models allowed alternative investors such as hedge funds to access the risk with little prior underwriting experience, leading to the influx of capital into the risk class,” they explained.

Adding that, “However, the active period of losses since 2017 is leading to a reassessment of these models’ accuracy in forecasting current loss trends.”

On the recent market hardening in catastrophe reinsurance and retrocession, as well as dwindling appetites for it at some major players, the analysts said, “Reinsurance rates, within nat cat in particular, are likely to remain hard through this year and into next from an unusual dislocation in an otherwise highly commoditised market.”

As a result, the analysts see the major global reinsurance firms, such as the European big four, as having an edge in a market where those writing catastrophe risks have increasingly learned that a vendor model output alone is often insufficient for making underwriting assumptions.

The de-commoditisation they refer to is really a shift to expert underwriting of natural catastrophe risks, we believe, rather than a shift away from commoditisation.

Commoditisation was always about far more than vendor models, in our view, and the process towards turning risks into commodities is still underway.

But it’s a very interesting view-point, at this stage in the market cycle and certainly, what was seen as the commoditisation of cat risk a decade ago, the rapid entry of capital and vendor model underwriters, seems likely to be over for now, at least until models can take another step-change forwards in their development, fidelity and sophistication.

But should the market shy away from trying to commoditise cat risk?

Not at all, but perhaps the terminology isn’t the most helpful way to describe it.

As we’ve often written, targeting a goal of being able to analyse, understand and price nat cat risks as accurately as possible, then break them up into smaller chunks to be transferred to the capital provider most suited to assuming them, using marketplaces that have efficient trading models and can offer rapid secondary liquidity, is still a worthwhile ultimate goal (we think).

It helps the world achieve ways to better manage catastrophe related risk, as well as weather and climate exposure. Perhaps also in future, other classes of insurance risk that are suited to a more market-oriented, trading approach.

Because, in reality natural catastrophe risk, at least in an indemnity format, was never going to become a true commodity (in the traditional sense of the word), given the expertise needed to analyse, understand and price it, as well as the uncertainty inherent in it.

In a parametric or index-based format commoditisation of cat risk makes much more sense, but the market is not trading sufficient of this in the right formats and has yet to identify where the true source of this risk in sufficient bulk to make an efficient market out of it, will actually come from.

It may not be that far away though and there are elements of cat and weather risk which are already commodity-like, such as weather derivatives for example.

But have we seen a shift towards de-commoditisation? Or, have we just not seen sufficient adoption of capital market tech and infrastructure, alongside advanced marketplace technology?

Instead, maybe we’ve just seen a natural shift back towards a renewed focus on the expertise of the scientist, analyst, modeller, underwriter, actuary and portfolio manager. But with these actors still inadequately tooled for the marketplace we thought (all those years ago) might be in evidence today.

Which may just be another step in the evolution of catastrophe risk transfer, as the market learns from its mistakes and finds sustainable methods for enhancing its efficiency and reducing its cost-of-capital.