Irma could be a market-changing event: David Priebe

Irma is set to be a material loss for the insurance and reinsurance industry, with ILS markets anticipating one of the most significant events to hit the sector, said David Priebe, talking to Artemis on the Sunday morning of the Rendez-Vous event in Monaco. 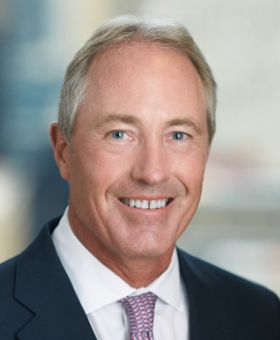 “We will have a clearer picture as of around 6pm CET”, he said. “Model simulations are saying Irma is likely to be anywhere between $35 billion and $75 billion [in insurance losses] and it has a very large footprint. It appears it will have a widespread impact, not just on where the focal point of the storm goes, and will have far ranging consequences for the state of Florida. So this could be a market changing event.”

With Irma upgraded to a category 4 hurricane on Sunday morning CET and tracking towards the west coast of Florida, Priebe thinks that the hurricane will be a test for the whole industry, from the local insurance market players through to the reinsurance and ILS markets.

“In discussions I have had with a handful of ILS providers over the last three days it is clear this is an event they are ready for,” he said. “It’s what they knew could happen. They’ve had a fortunate run [over the last few years] and some very nice returns during this period.”

“One cat bond investor said this is our 2008,” he continues. “The equity market bore a massive reduction of value in the financial crisis and has come roaring back since then. So [the ILS market] is taking the view that this isn’t a 1-in-5 event, this is upwards of a 1-in-100 year event.”

“We think there’s a significant portion of the investor pool who will see this as their moment of opportunity and moment of glory, as they are definitely going to be paying significant losses through 144As, as well as sidecar and collateralised reinsurance positions. Many have capital already lined up to reload and to trade forward.”

Capital will enter the industry quickly through ILS structures post loss, he predicted. Looking back to 2005 and Hurricanes Katrina, Rita and Wilma, which spawned a new Class of reinsurance start-up companies, Priebe said the industry had changed a great deal in 12 years.

“The mechanisms have now been structured for capital to more easily flow into the market. Cat bonds, sidecars, alternative capital vehicles are now part of our normal DNA and embedded into the fabric of our reinsurance business.”

The aggregate loss impact of Hurricane Harvey and the M8.1 Mexico earthquake will have further implications and cedants, brokers and reinsurance companies kick off the renewal season. While the 1 January renewals is traditionally considered a European renewal, Priebe does not believe rate hardening following recent catastrophe events will be purely localised to loss-hit geographies.

“Harvey, Irma and the Mexican earthquake and whatever else may happen in the year are going to have a global impact to differing degrees,” he said. “We live in a global world and if this is a capital event, that’s not just for risk supporting Florida and Texas, it’s a capital event for global risk.”

“It will have a more moderated impact on Asia and Europe because they do not necessarily drive the capital requirements of insurance and reinsurers, but it will have an impact. You cannot say that an event of this magnitude does not have a global impact,” he added.

Nevertheless, the significant market correction following KRW in 2005 is unlikely to be seen again, given the more fungible nature of capital and expectation that Irma is a loss that was anticipated.

“I don’t think at this stage will it change people’s total view of risk,” he said. “Post KRW the rating agencies put more stringent capital requirements on people. And there was a recalibration of the models. That created a systemic change in terms of the pricing dynamics of the industry.”

“This looks like it’s an expected event, so there will be continued focus on inundation as a factor and also probably more focus around risk underwriting, which will harden the resolve of everyone in the industry.”

While alternative capital has not traditionally played a significant role during the European renewals, this is anticipated to grow. “If [cat bonds] perform as we hope and expect they will it will reaffirm that this is a structural solution that is viable, and you’ll then see more companies embrace alternative capital.”

“The Europeans haven’t needed to embrace it because there’s been more than ample capacity from their traditional reinsurance partners,” he continued. “I hope they will work hard to continue to earn their support and not open the door for other providers. But the great thing is it’s the same pool now. It’s really about what structure and form is right for the cedant. So I look at this as one total partnership rather than alternative capital versus rated capital… it’s one happy family.”