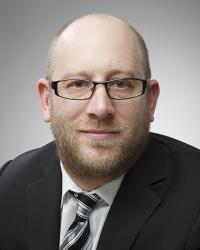 Artemis spoke with Tom Johansmeyer, assistant vice president – Reinsurance Services, ISO — the latest in our series of interviews — on the need for greater liquidity and price transparency in the trading of catastrophe risks and what his organisation is doing to help facilitate the development of an exchange-based approach to risk transfer.

First, can you talk about the background to the initiative and what led to ISO/Verisk’s interest in exploring exchange-traded solutions to catastrophe risk transfer?

We’ve been exploring the exchange-traded risk concept for a little over two years now. It’s not a new idea, of course. The market has discussed — and attempted — solutions for around 25 years, but nothing has gained traction yet. What’s interesting, though, is that the market is still talking about it — and still wants it. Intuitively, it seems like an important step. Together as a market, we just need to find a way to crack the code.

We didn’t start out at this point really. Two-and-a-half years ago, the idea was in the back of my mind, and I came across an old pamphlet from our work with the CBOT in the mid-90s. Our initial assumption at that point was that ‘many insurers probably didn’t understand options, and many options traders probably didn’t understand insurance’. We figured that subsequent attempts had faced other targeted issues, so we pressed on, assembling a working group with representatives from key stakeholders across the industry. What we began to see was a solution that looked like a cat bond lite platform. Enough of those platforms were already in play, so we decided to let the idea sit for a while.

The primary barrier at that point — which led us into ‘lite’ territory — was what we’re now calling ‘original risk’.

From what we’ve seen, the greatest challenge is original risk. When it comes to an exchange-traded solution, we all think about the efficiency and speed of trading in and out of positions, especially in a ‘live cat’ scenario. But what’s often missing is the original entry of this risk into the market — the original risk.

Assume, for example, you have capital providers that want to consume catastrophe risk. They have the capital ready to deploy and are seeking a comparatively high, noncorrelated return. Someone needs to be on the other side of those trades. Further, that counterparty needs to have a reason to pay a premium to the protection seller. The most common reason, of course, is that the premium payer has something to protect or hedge, which makes paying the premium worthwhile. After that, it gets tougher to determine who would play a protection buyer role. Someone occasionally sees this as a potential role for speculators, but the range of scenarios where that would work tends to be pretty narrow. Think about the concept of paying a premium when the likelihood of a triggering event (a payout) is only 2 to 3 percent. It’s tough to see anyone doing that deal twice!

We started thinking about exchange-traded risk again about a year ago. Again, it’s the sort of thing that your gut tells you just makes sense. Cat bond lite was part of the reason for our renewed interest. The ‘lite’ trend focuses on increasing risk-transfer efficiency in the capital markets space, and much of the activity uses industry loss index triggers. Exchange-traded risk seems like the next logical step in that progression. Interest within Verisk grew over the summer, and I’ve heard a bit about this issue out in the market, too. The timing seems right to explore the issue again. And with our past efforts to help provide a higher starting point for the climb, we definitely see this as worth our collective efforts.

Are you seeing demand for this in the market, both from cedents and the investor community?

Yes, but it’s mixed. Two years ago — and today — our interest in exchange-traded risk has been driven primarily by inquiries from our clients. Investors certainly appear to be the most interested, but in today’s market, that could cover both sides of the risk-transfer equation. Again, I look to the cat bond lite market as a model for how an exchange-traded risk solution could evolve. Through the middle of 2015, cat bond lite consisted mostly of fund-to-fund transactions. Now, we’re seeing some traditional reinsurers start to participate. Whether this trend gains momentum remains to be seen, but it looks promising.

Exchange-traded risk, like cat bond lite, could start small, as a faster and more efficient way for capital providers to optimise their portfolios. What I like about the idea is that it looks to solve a real problem in the market. Cat bond lite, for all its benefits, still requires the issuance of a security. Think about it: To optimize your portfolio, you actually need to issue a security. Where else would you have to do that?

An exchange-traded solution should help obviate that need. The fund could trade in and out instead — something this market has talked about for a long time. While it’s possible to some extent in the secondary market today, we’re limited by the amount of catastrophe bonds (including lites) that have been issued. It’s the original risk problem in a slightly different form. Finding a way to create a robust and efficient secondary market could be of great benefit to the entire risk and capital supply chain — all the way to certain types of original insured.

What type of financial instruments would you envisage existing to facilitate exchange-traded catastrophe risk?

Frankly, we’re still looking into this. The structure would need to be easy to understand and trade but still meet the needs of both cedents (bearers of original risk) and the protection sellers in the market. Once the original risk has made its way into the market, secondary trading becomes easier to accommodate. That structure, however, is crucial to bringing cedents to the environment.

And what type of triggers might be appropriate for such instruments?

Industry loss index triggers make the most sense. Yes, I know that’s what you expect me to say! But it really is the most effective approach to exchange-traded risk. Industry loss index triggers are clear, straightforward, and easy to understand. Also, they provide the level of standardisation necessary for broader market adoption. In our conversations with some existing market participants, we do find an overall preference for industry loss index triggers. And as we expand our conversation to the broader base of potential participants in an exchange-traded solution — such as capital markets players not currently involved in insurance risk transfer — we get the sense that the index approach is really what many prefer.

Other approaches to index triggers could include parametric indexes, which would feed into a growing area of interest in the market right now. However, the effectiveness of those triggers in bespoke structures may not translate directly to an exchange-traded environment. Our initial thinking is that it tends to be easier to build a set of programs around all states and all natural perils at standard industry loss sizes (such as $20 billion, $30 billion, and so forth) than it would be to list index values associated with each natural peril at each prospective magnitude. That approach wouldn’t simultaneously meet the needs of both protection buyers and sellers. And when you look at the cat bond lite market, the prevalence of industry loss index-triggered instruments supports this.

There have been a number of initiatives in this area over the years, but all have failed to gain traction. What makes you feel the market is ready for this?

Quite simply, the market wants it. The barriers to success are significant, but that just means we need to work together as an industry to find a solution. If we aren’t trying to solve the biggest challenges the market faces, our growth trajectory as an industry becomes much less exciting.

In particular, the evolution on the ‘lite’ side of the ILS spectrum speaks to the need for continued innovation. While ‘heavy’ catastrophe bonds seek to minimise basis risk and increase the types of cover that a sponsor can secure (such as unmodelled risk), many in the ‘lite’ world want faster, cheaper risk transfer. And if this can be delivered, it does have the potential to grow the overall ILS market.

The key will likely be to show it’s possible to attain advantages around speed and cost-efficiency in an exchange-traded environment. If we can accomplish that, then we’re in a great position to get this moving.

And what do you feel needs to happen to get the market to actually buy into and use an exchange-trading facility?

We need to overcome the original risk issue. There’s no alternative to that. Every time we’ve approached the problem, we’ve wound up working from the question, ‘When would this approach be advantageous?’ You typically need an outside catalyst of some kind to get a cedent to an exchange. That’s usually, according to conventional thinking, a ‘live cat’ opportunity. In North America, at least, they’ve been in short supply since Superstorm Sandy. Then, you could see issuance from ‘live cat’ and trading through ‘dead cat’.

Recently, we looked to the cat bond lite market and saw the potential for listing contracts on an exchange as a way to take further friction out of the ‘lite’ process. Adoption in the fund-to-fund space could be a first step toward introducing the concept into a broader risk and capital supply chain. As the concept proves itself in this environment, it could gain the potential to grow.

Our thanks to Tom Johansmeyer for this insight into the world of exchange-traded catastrophe risk and where his organisation’s focus will be placed, to the benefit of ILS and reinsurance markets.

Read previous Artemis interviews here. Would you like to be featured in an interview on Artemis? Contact us to discuss.