Investments into insurance technology (insurtech) funding rounds rebounded to reach US $1.56 billion in the second quarter of 2020, a more than 71% increase on the first-quarter of the year. 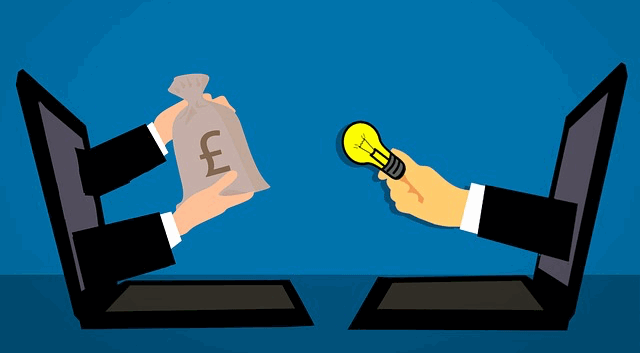 This is according to the latest data from reinsurance broker Willis Re’s latest Quarterly Insurtech Briefing which was published today.

Again, a number of insurance distribution plays were funded in the quarter, which is an area of insurtech investing where we see some insurance-linked securities (ILS) players showing interest at this time, given these insurtechs can help to make the transport of capital and its connection with risks more efficient.

Global investments into insurtech start-ups fell at the start of the year, as the impacts of the Covid-19 pandemics in capital markets put some investors attention elsewhere.

However, this rebound and the increased volume of insurtech funding seen in the second-quarter of 2020, was driven in part by later-stage investments, Willis Re said, including four large investment rounds of US $100 million or greater.

In fact the number of insurtech investment deals tracked by Willis Re in the second-quarter was only 74, down 23% from the first-quarter of this year.

This was in part due to investors, particularly venture funds, shifting focus to later stage and more mature start-ups, as they tried to reduce risk in their deployments during the pandemic.

Insurtech investments focused on the P&C insurance and reinsurance sector dominated the second-quarter, accounting for 68% of funding deployed. But Willis Re noted that the share of life and health insurtech sector investments was up 17 points to 32% in the period.

Insurtech investments spanned a record 25 countries in the period, while early stage seed and Series A funding hit a record low, at just 42% of deals, Willis Re explained.

Dr Andrew Johnston, global head of InsurTech at Willis Re, commented, “While InsurTech investment clearly rebounded in Q2, and the trend towards greater commitments to later-stage fundraisings continues, we should be cautious and not read too much into the general state of the global InsurTech market based on this quarter alone. In the short term, investment confidence will test the status quo, especially for highly leveraged InsurTechs. Similarly, certain risks and their associated vectors have changed fundamentally and so the impact of that is yet to be truly felt. It is quite possible that we will observe a general slowing down of InsurTech activity as a result.

“In the medium term, changing risk classes may be better understood alongside rising consumer optimism, but the true economic impact of COVID-19 probably won’t unfold until 2021 and 2022. This will undoubtedly impact many (re)insurers’ appetite to invest in or deploy technology. Survival may be a challenge for some InsurTechs, especially if their use-case has been lost forever due to underlying societal change following the lockdown. Equally, such changes will create opportunities for others. If the funding gap between Seed and later stages continues to widen then many InsurTechs will struggle to acquire the funds required for maturing growth.”

Willis Re’s latest insurtech report also contains a section that discusses the need for innovation in technology for property catastrophe insurance and reinsurance.

This finds that catastrophe risk modelling has not evolved as rapidly as had been perhaps anticipated, but finds that a period of accelerated advancement may now be ahead, thanks to emerging technologies such as machine learning.

Desmond Carroll, Executive Vice President and Head of Catastrophe R&D, Willis Re North America, explained, “The chief technologies for catastrophe risk modelling have evolved little in terms of process since the inception of the science, despite much-expanded use of model outputs. That is set to change. The combination of machine learning and big data holds real potential to disrupt traditional cat modelling methodologies, for example through the mass analysis of satellite data to better understand catastrophic weather events. That’s just one way that InsurTech will ultimately revolutionise the property branch of the risk transfer business.”