Over the weekend, industry insured loss estimates from the Australia flooding in Southeast Queensland and New South Wales rose by another 8% to surpass AU $2 billion for the first time, according to the Insurance Council of Australia (ICA). 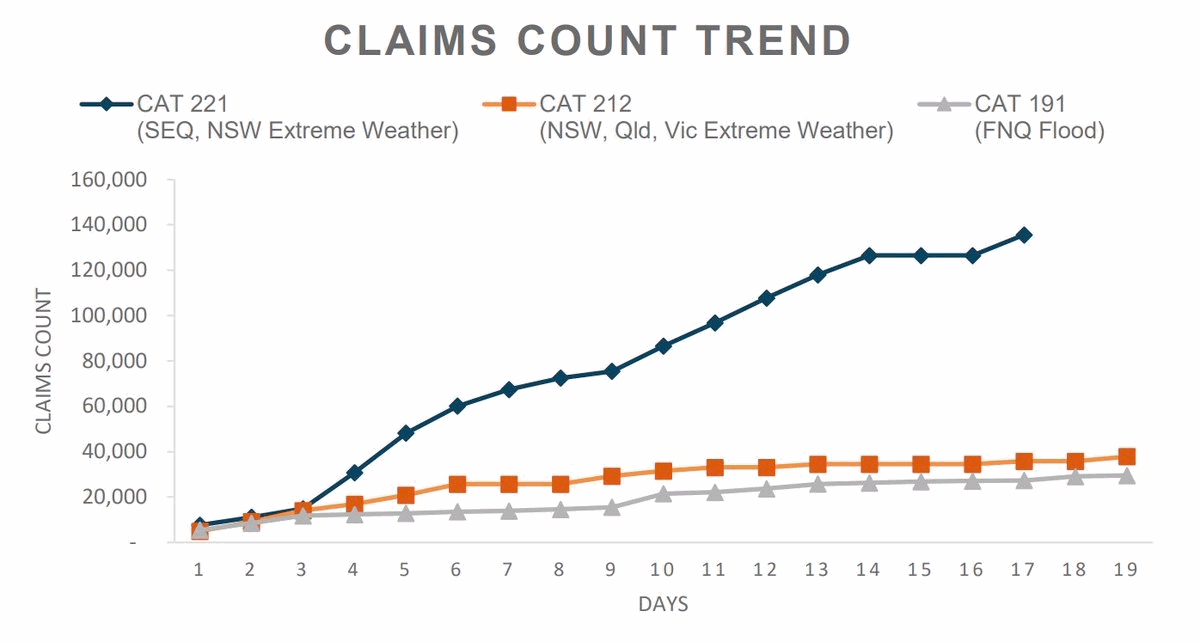 The number of claims now filed and received by insurers has reached 135,697, an increase of 7.3% since our last update on Friday.

The flooding has continued in some parts of the country and as a result claims are rising faster in some areas than others.

Already insurers have announced that they will be calling on reinsurance support, with IAG the first to reveal an expectation of an actual recovery from its aggregate reinsurance protection.

Widespread impacts are expected for Australia’s major insurance carriers, with reinsurance expected to soften the blow for many of them after this outbreak of flooding and severe weather.

The economic bill from the flooding is expected to run well into the billions, with the insurance industry taking a percentage.

The flood event will be one of Australia’s most costly and now looks likely to surpass the 2011 Brisbane flood event, which caused a normalised AU $2.1 billion insurance industry loss.

But there is still some way to go for the current flood catastrophe to surpass the January 1974 A$3.2 billion Brisbane flood event.

As we wrote above, the claims are now rising faster in some areas, with the New South Wales insured claims count rising by 11.8% over the weekend, according to the ICA.

This suggests there will be further to run with this catastrophe and the industry loss estimate is expected to continue rising through this week.