The estimate of insurance and reinsurance industry losses resulting from the impact of European windstorm (or extratropical cyclone) Egon, which struck France and Germany on the 12th and 13th January 2017, has increased by 18% to EUR 275 million.

PERILS AG, the Zurich-based provider of catastrophe industry loss estimates for the insurance and reinsurance industry, has provided its third update on the impact of extratropical cyclone Egon, and six months after the event occurred the loss estimate has risen again, from the EUR 234 million reported in April, to now EUR 275 million.

At this level of industry loss, PERILS says that windstorm Egon “ranks as a moderate event” for the insurance and reinsurance industry, a loss that it is expected will “occur at least once a year in Europe.”

Luzi Hitz, CEO of PERILS, commented on the event update; “The market loss footprint for Egon has been produced by collecting detailed loss data from affected insurance companies. The preparation of this data requires considerable work on the part of these companies. We are extremely grateful for their continued support and remain committed to returning value in the form of high-quality industry data which helps them to manage their risk exposure to European windstorms.”

The chart below from PERILS shows losses in the percentage of sums insured versus the wind gust speeds recorded from Egon in Germany. 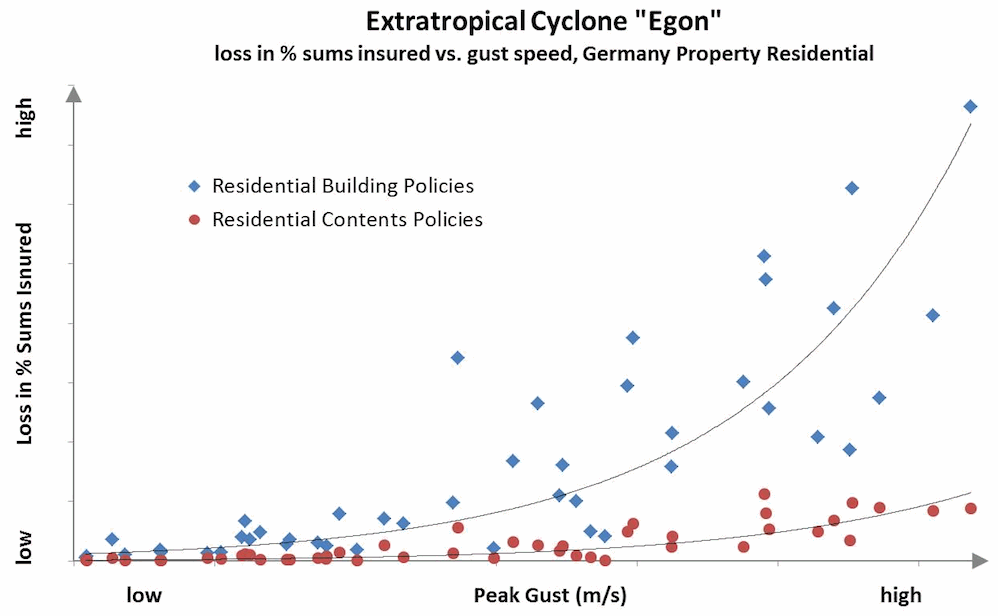 In line with PERILS typical loss reporting schedule, a fourth loss estimate for Egon will be released on 12 January 2018, one year following the original loss event.