Rate commentary continues to be positive this morning with reinsurance firm Swiss Re, as its CEO highlighted that the property and casualty insurance industry is struggling to make its returns, leaving the industry at an inflection point, in need of turning around and suggesting price hardening. 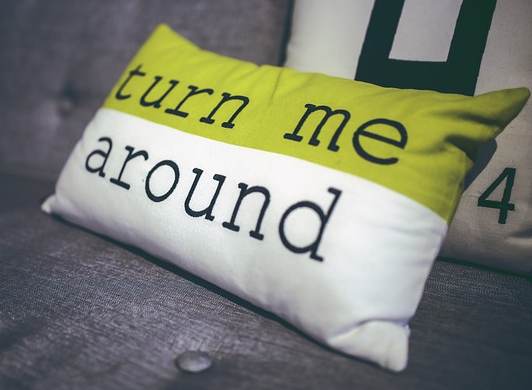 In reporting his company’s results, Swiss Re CEO Christian Mumenthaler noted that “2018 seems to be developing into what the overall industry would consider a normal year for losses.”

The reinsurance firm has reported a positive nine months start to the year, despite the impacts of major natural catastrophe and man-made losses in the third-quarter of 2018.

These large losses particularly hit the firms P&C Reinsurance unit and commercial risk underwriting business Corporate Solutions during the period, which suggests those are the areas where the firm will be looking to hold up rates at forthcoming renewals, which ties in with his comments on the P&C insurance sector.

Swiss Re felt the impacts of around $1.6 billion of natural catastrophe and man-made losses during the third-quarter of 2018, but still managed to report net income of $1.1 billion for the first nine months of the year, better than the loss it reported for 2017. More on Swiss Re’s results can be seen over on our sister publication, Reinsurance News.

Mumenthaler commented on the results, “During the third quarter, we once again witnessed a series of natural catastrophes and large man-made disasters that devastated lives and disrupted businesses, particularly in Japan and in the US. The situation continued to be challenging in the US, with the landfall of Hurricane Michael in October. Our sympathies go out to people affected by all of the events of the past months. In these tough times, we have the financial strength to support our clients, and ultimately their customers. This demonstrates the value we can bring by swiftly paying claims to help people and businesses get back on their feet following such catastrophes.”

The Swiss Re Corporate Solutions unit fell to a small loss for the first-nine months on the catastrophe and man-made loss activity, but the P&C Reinsurance unit managed a profit, even though the combined ratio came out at 99.5% following the catastrophe activity.

Swiss Re has already been taking advantage of slightly better rates in the reinsurance market since the losses of 2017, having underwritten almost 7% more gross premiums at almost $28.4 billion during the first nine-months of 2018.

This expansion of the underwriting portfolio looks set to continue, as Swiss Re continues to have excess capital to return to shareholders, suggesting that if the firm can take advantage of rate improvements it will, be deploying more capacity into its underwriting.

Commenting on the outlook Mumenthaler said, “After a prolonged period of benign loss years from 2012 to 2016, followed by heavy natural catastrophes last year, 2018 seems to be developing into what the overall industry would consider a normal year for losses.”

It had been said that after 2017 just a normal level of losses may be enough to reduce profits enough for some reinsurance firms to call for more pricing discipline at renewals, that’s no surprise.

But the calls are now coming more frequently as the January 2019 renewals fast approach and the consensus seems to be building.

With large parts of the market looking unprofitable for anything other than the most efficient business model, it leaves incumbents with two choices. Raise their discipline and refuse to see rates decline any further, or lower their expenses and choose more efficient capital options for underwriting in certain lines and regions.

We expect a mix of both at the renewals, as third-party capital looks set to increase its share of business again, but perhaps through the actions of traditional players leveraging more of it than before.

“We observe that the P&C insurance industry globally is struggling to earn its cost of capital. It seems that the industry has reached an inflection point and non-life insurance prices are hardening modestly in the major markets,” Mumenthaler continued.

Swiss Re CFO John Dacey said during a media call this morning that he hopes for stable, perhaps even increasing reinsurance pricing at the end of the year and that the recent typhoon and catastrophe activity in Japan is likely to result in higher rates.

Of course if non-life insurance prices harden, it doesn’t automatically mean they will in reinsurance markets, but given the margin compression major reinsurers have experienced in recent years they are likely to push for some benefits as a result of this year’s loss activity, on the back of a still creeping 2017 impact.

Swiss Re’s research shows that underwriting margins have to improve to “ensure sustainable returns on equity for shareholders” Mumenthaler said.

That means either more rate is required at the front-end of the business, or a lower cost-base is required to enable profit margins to be increased, or unneeded cost is removed from the value-chain in between the risk and capital, or capital with a lower-cost and return hurdle needs to be used.

We expect all four of these strategies will be applied at the upcoming renewal season, those who can embrace and apply them all may find themselves faring the best.