The insurance-linked securities (ILS) market will never completely oust traditional reinsurance business models, according to Denis Kessler, the Chairman and CEO of French reinsurer SCOR, but he does believe ILS has cemented its role as a complementary source of risk capital. 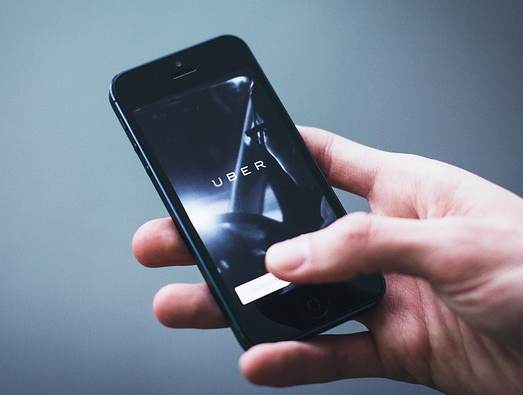 Speaking at a Standard & Poor’s conference in London towards the end of last year, Kessler explained that he sees the future of reinsurance as being consolidated, with the majority of the sectors capacity coming from as few as five or six major players, as is seen in life and health reinsurance today where just six provide upwards of 80% of the market capacity.

Indeed Kessler expects that the largest reinsurance firms of today will remain the largest in the future.

However, looking at recent trends such as the growth of the ILS fund market and the fact re/insurers utilise increasing amounts of third-party capital to augment their own capacity, leads us to wonder what percentage of raw global reinsurance and risk market capital these mega-reinsurers will actually contribute, and how much could actually be from the capital markets?

During his speech at the S&P event in London, Kessler said that “contestability” from the capital markets has been on the rise since 2010.

He defines contestability as being where a new entrant undertakes the same business as incumbents, but without using the same business methods, so often having fewer, or different, constraints and using different technology, financial or otherwise.

Kessler said there is a fundamental difference between this contestability from the capital markets and straight competition, preferring to think about how the ILS market has disrupted reinsurance not merely by competing on the same terms, but by undertaking the same traditional business in a different way and with different techniques.

Whether contesting or competing, the ILS market is destined for further growth, Kessler believes, as demand remains high on both sides of the equation.

On the capital supply side, ILS remains strongly in demand from investors looking for returns that are not linked to the global financial market cycle.

While on the protection demand side, re/insurers are set to continue to use ILS to diversify their reinsurance and retrocession, while sovereigns and other entities will increasingly tap the capital markets for risk transfer protection.

Of course, there is another element to demand, which is re/insurers desire to utilise third-party capital as an augmentation for their own capacity, which increasingly is driving significant growth for the overall ILS market (or at least the amount of direct capital market capacity in re/insurance).

As re/insurers move towards a multi-balance sheet approach, with third-party capital becoming as important as equity shareholder capital in some cases, it will be interesting to see whether or how major players, such as Kessler’s SCOR, move in this direction as well.

But no matter the level of contestability or competition that ILS provides, Kessler said that he believes that traditional reinsurance, “will never be completely uberised by ILS.”

He gives three reasons for this, citing the fact ILS has never gone through a real stress test (Kessler does not believe 2017 was the one, but perhaps 2017/18 was), he says the range of risks covered remains limited while longer-tailed risks are harder to structure into ILS investments, and he says the legal or litigation risk is higher with ILS than a traditional reinsurer.

In response to those three reasons.

ILS funds have been paying claims almost every year since around 2005, at least the longer-standing ILS fund managers have. They continue to do so, every year, and while 2017 was the largest losses, there is currently no reason to think that an even bigger loss year would pose significantly more difficulty to the ILS market.

As we’ve seen in recent weeks, it has actually taken 18 months and roughly $200 billion of catastrophe losses to create some disruption to the ILS market, but the majority are trading on just fine, with a handful who play higher up the risk tower the more badly affected by the recent losses.

Of course a significantly larger loss year would also significantly hit the traditional reinsurers as well, so it’s possible they too haven’t really been tested yet as well.

While we’re currently seeing the biggest test of ILS, with issues still emerging in terms of trapped capital and investor  redemptions, it is by no means a market-wide issue and the majority of ILS funds have traded forwards at the 1/1 renewals, albeit without any significant upsizing of commitments to the sector.

While ILS remains largely focused on shorter-tailed lines of reinsurance, it is already expanding. We see everything from casualty, to life, to specialty lines of business featuring increasingly in ILS transactions, and while these remain a smaller component of the market they are likely to continue to become more prevalent, as technology and structuring skills improve.

On the legal or litigation risks of ILS, if you look at court records, or the diary of any good re/insurance lawyer, you will see that cases and litigation involving traditional companies significantly outweigh those involving ILS markets. Most lawyers (in our experience) will happily tell you that ILS tends to involve much less litigation, so far at least.

But Kessler is right. ILS won’t completely “uberise” reinsurance alone. However, it has transformed it already and will continue to do so at an ever-increasing pace, we believe.

Kessler also raised the issue of interest rate yields, asking whether ILS investors might stay away if interest rates normalised.

Aside from the fact ILS assets generally float on top of rates, the investor base itself largely feels the asset class is a permanent part of their overall investment strategy, meaning that it may see inflows and its capital base fluctuate, but it’s unlikely to ever see a major capital flight just due to interest rates.

More appropriate a question may be, if interest rates normalise but reinsurers underwriting returns remain compressed, might their shareholders find more palatable ways to access insurance-risk linked returns without any of the financial market correlation, moral hazard and other risks embedded in a traditional reinsurer’s operations, while investing for the float return in other assets? Worth considering.

But we completely agree with Kessler’s statement that ILS is unlikely to oust traditional re/insurance.

In fact we’d go further and say that ongoing and deepening integration between the traditional and alternative strategies is destined to make both sides more effective in time, ultimately to the benefit of the end-policyholder.

The question is how the traditional re/insurance businesses embrace this integration and make the most of it, as this could have a significant bearing on their own ability to remain competitive.

If, in decades to come, we’re going to end up with just a handful of major re/insurance firms controlling most of the market’s capacity, we’re willing to bet that a decent sized chunk of their capacity comes direct from the capital markets in structures akin to today’s ILS (or an evolution thereof).