The pull-back from underwriting retrocession by insurance-linked securities (ILS) and collateralized reinsurance markets put the business models of some reinsurers under scrutiny, according to Willis Re CEO James Kent. 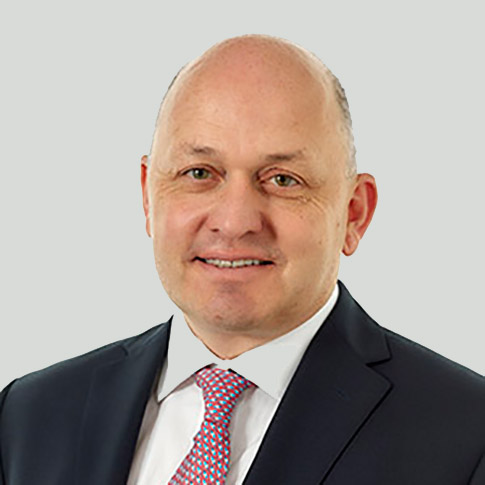 The reinsurance broker found that the disappearance of much of the collateralized retrocessional reinsurance capacity that had been available to reinsurers was a key feature of the mid-year 2019 renewals, as protection buyers struggled to get protected and those that had relied on cheap retro now look to be challenged.

As well as challenges faced more broadly by buyers at this June and July reinsurance renewal, given the increasingly differentiated approach that providers of reinsurance on all sides of the market have taken towards their cedants this year.

Willis Re explains that while the reinsurance renewals saw some significant rate increases, especially in retrocession, it was not a one-size fits all approach to pricing, with cedants having to pay greater increases where performance had been worse in the last two years.

Here, Willis Re’s CEO James Kent notes that reinsurers have become even more discerning after the challenging catastrophe losses of the last two years and the ongoing loss creep.

On top of this, while reinsurance capacity remains generally abundant from both traditional and alternative sources, there are areas where it has contracted significantly, retrocession being one key market that saw a lack of interest to write new business at certain risk-return levels..

Willis Re CEO James Kent said that, “Retrocession buyers have also felt the impact of the market’s changing appetite, putting the business models of some buyers under scrutiny as ILS capacity in particular has pulled back — and boosting the opportunity for traditional reinsurance carriers who are less reliant on retrocession capacity.”

The reason for the scrutiny is that some reinsurers have been taking advantage of the abundance of cheap retrocession in recent years to bulk up on peak zone catastrophe risks, in the knowledge they have these capital smoothing retro covers in place to satisfy any regulatory concerns.

But if that was your business model, which had become the case for some smaller to mid-sized reinsurers, as well as for some syndicates in the Lloyd’s of London market who relied on pillared protection, then in 2019 you may struggle to put in place sufficient protection to satisfy a regulatory deep dive into your exposures.

This changed market dynamic was evident in Florida at the renewals, Willis Re explained in its latest market report, saying that some reinsurers who have been reliant on their sidecars or retro arrangements were not able to write as much business at this set of renewals.

This reduced appetite is not just related to the reduction in capacity though, it’s also related to the differentiation of cedants, as some reinsurers that relied on sidecars but handed significant losses to their sidecar investors in the last two years, have struggled to get sufficient support in 2019.

That’s not a capacity issue, it’s related to investor perception of those reinsurers as cedants to partner with and it may take some time for those companies to rebuild confidence in their underwriting among the ILS investor base again.

As ever though, while the ebb and flow of reinsurance capital and risk appetite of underwriters or investors can make one reinsurers business model less viable, the same ebb and flow can prove positive for others.

“The change in ILS capacity has left an opening for reinsurers who are less reliant on retrocession capacity to expand their portfolios in the improving pricing environment,” Kent explained.

Willis Re noted that reinsurers that are less reliant on retro, as well as those with large balance-sheets, were in the main able to write more business at the Florida reinsurance renewals this year, growing their existing relationships and also adding new cedants.

ILS backed capacity continues to be under strain in the global non-marine retrocession market, Willis Re reported, while at the same time new demand further strained the ability of retrocessionaires to ensure everyone was satisfied.

At the same time, the way the retro market has locked-up and the higher rates seen as a result (loss affected accounts up as much as +35% Willis Re reports) is also now attracting some traditional reinsurers, including those that had previously exited or reduced their capacity for retro.

Despite all of this though, reinsurance remains largely disciplined.

“Overall it remains a functional and logical reinsurance market with preferred pricing and capacity for cedants viewed as superior partners,” Kent said.

Adding, “We remain confident that the market continues to function in an appropriate fashion, with superior pricing and capacity made available for the clients viewed by reinsurers as preferred trading partners.”