The insurance-linked securities (ILS) market and alternative capital use in reinsurance is dominated by property catastrophe excess-of-loss contracts, a study by the Bermuda Monetary Authority (BMA) found. 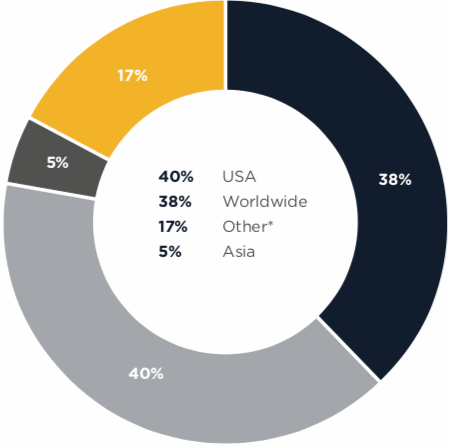 Around 40% of the Bermuda based ILS market’s aggregate exposure comes from the United States and U.S. cedents led the way with 65% of gross written premiums (GWP) coming from the country.

Property catastrophe risks (including property retrocession) was the largest line of business underwritten by Bermuda’s ILS sector, representing roughly 94% of the GWP written in 2017.

In terms of structures used to transfer risk, excess of loss transactions were the most popular accounting for $31.8 billion or 61% of the total.

Bermuda ILS vehicles and structures backed around $51.9 billion of aggregate exposure for non-life (re)insurers at year-end 2017, equating to roughly $3.9 billion of GWP, the BMA said.

The BMA’s data shows that Bermuda accounted for a 58% share of the alternative capital market, based on end of 2017 ILS capital of $89 billion.

Collateralised reinsurance accounted for 55% of the total, catastrophe bonds 36%, sidecars 6% and other structures 3%.

After U.S. exposures, worldwide covers were next, followed by Europe and Asia at just 5%. While after excess-of-loss, it is the quota share and stop-loss that were next in terms of structures used to transfer risk.

Of the lines of business, 87% was property and casualty catastrophe risks, 7% property retrocession and 4% other risks (A&H, Agriculture, Aviation, Energy, General liability, Marine and Employers’ liability), while 3% was mortgage reinsurance related.

Craig Swan, Managing Director, Supervision, (Insurance) at the BMA commented on the data saying, “The steady growth of alternative capital within the Bermuda insurance market, particularly following the 2017 losses from Hurricanes Harvey, Irma and Maria, indicates that Bermuda continues to be a trusted centre for insurance risk securitisation.”

The BMA’s data comes from reported Alternative Capital Schedules and Statutory Financial Returns submitted to the BMA by 30th June 2018.