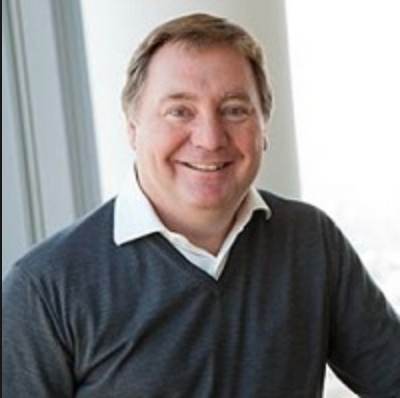 Speaking to Artemis around the Rendez-Vous de Septembre in Monte Carlo he said that investors would be more “selective and demanding” when ILS funds next seek to replace lost capital.

Anticipation of an improved rating environment allowed Kinesis to increase the aggregate limits sold for its 1 January 2018 Cycle by around 30%. Such a feat may be more difficult in the aftermath of future losses, thinks Redhead.

“Some have been shocked by the loss creep. They would probably reload but I don’t think it would be as uniform as before, but I could be totally wrong. I didn’t think we’d replace all the money by year-end [2017] but we did.”

“Going forward investors will be a bit more demanding in the returns they want. Pricing only went up by 5% at most.”
This is in spite of some of the surprises that arose from the 2017 catastrophes.

“No one would have envisaged a $10 billion event arising from California wildfire. The models are a good guide but there will always be losses that are the exception.”

“What was interesting was the ability of the market to reload and the effect that had on rates at 1/1,” he adds. “As a sector we seem to have more than adequate capital which is curtailing price increases. It’s good for the customer but are we in a period where big rate swings have gone for a while?”

The onus is on the sector to educate investors and manage their expectations as to how much rates are likely to rise in the aftermath of a major loss or series of losses, given the new normal, thinks Redhead.

“Do investors really understand the risk they are running for the returns they’re getting? It isn’t what you’re going to lose, it’s how much you’re going to make in most of the years when losses don’t happen.”

There are two agendas where the tail development on some of last year’s catastrophe losses are concerned, thinks Redhead. “Traditional reinsurers tend to be more conservative, and if they’ve over-reserved that will be released going forward. They are very paranoid of under-reserving because it deteriorates the following year.”

“But when people were raising money during the third and fourth quarter last year, did it suit their purposes that the losses were probably a little less fully developed than they’ve actually eventually been?” he asks. “Did people predict 20% loss adjusting expenses, or did they use 5%, who knows.”

Redhead is also unsure whether last year’s trio of hurricanes was truly a test for the whole ILS sector. “The losses were concentrated towards the retrocession area – they didn’t really get to the lower return funds. So if I wanted to be controversial I could ask whether the whole sector has been tested.”

The continued march towards convergence has continued, with the announcement that Markel is set to acquire ILS fund giant Nephila signalling a further “blurring” of the lines between traditional and non-traditional reinsurance.

“I’ve always said it’s only a matter of time before a traditional carrier will buy a large fund,” said Redhead. “ILS funds have got a lower cost of capital.

“There has been more change in the last ten years than in the previous 20, and in the next ten years we’ll see even more change,” he predicts. “How we access capital, how we manage that risk and how we charge for our services is all up for grabs in the next five to ten years. And everyone acknowledges that reinsurance broker’s revenue will go down.”

← Older article ILS industry recognised Florence would not be market-changing