It’s becoming increasingly clear that the insurance-linked securities (ILS) and collateralized reinsurance markets have grown their share of the pie at the recent June and July renewals, while for traditional reinsurers organic growth is becoming more difficult to achieve. 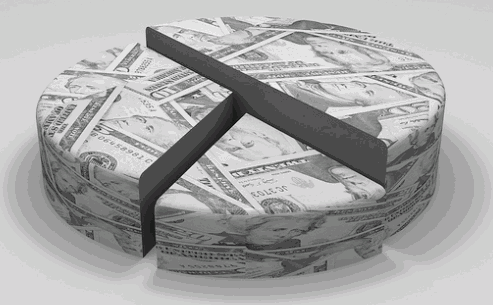 The renewals have not seen reinsurers take the tougher stance on pricing that had been expected, with many lines and regions seeing continued softening, while many ILS markets have been able to put newly raised capital to work due to their continued and expanding competitiveness on price and the convergence of coverage terms.

Reinsurance broker Willis Re reports on the continued conundrum that is the levels of capital in the industry, with no reduction in appetite from the capital markets and catastrophe or major losses remaining within budgets, resulting in an extension of the softening that many had hoped was coming to an end.

“Mid-year renewals have continued with the same downward pricing trends seen at the 1 January and 1 April renewals, despite first quarter deterioration in many reinsurers’ results,” commented John Cavanagh, Global CEO of Willis Re. “For the most part, excess capacity chasing modest demand has allowed buyers to achieve both further reinsurance cost savings, albeit at a reduced level to last year, and enhanced coverage.”

While the capital markets has seen an explosion of activity in ILS and catastrophe bond form, with record levels of cat bond issuance and markets expanding their collateralized or privately transacted portfolios, the traditional reinsurance market has also felt compelled to continue to support price declines.

“The continued softening has been driven by the realization that, for the global reinsurance industry, the June and July renewal seasons are the last realistic chance for underwriters to meet their 2017 premium targets,” Cavanagh explained in his letter leading the latest Willis Re 1st View renewals report.

The Florida renewals provided evidence of this, as ILS capacity inflows were larger than anticipated and traditional markets persisted to hold onto market share resulting in another decline in pricing and at a slightly faster pace than seen on U.S. property catastrophe reinsurance renewals earlier this year.

This year the story is not just about Florida and U.S. renewals though, as ILS and collateralized markets have exerted more influence and pressure on international renewal pricing as well.

Cavanagh highlighted that strong demand was seen from ILS markets on international renewals at the mid-year.

Interestingly, he notes that ILS is now more competitively priced with traditional coverage in these international markets, areas where traditional reinsurers have historically flexed their ability to offer discounts due to the diversifying nature of perils in some regions have for their portfolios.

We may now be seeing the decline of this advantage, as ILS continues to gain scale and so investors and ILS fund managers portfolios are now able to support some reductions to pricing in order to gain more share.

Cavanagh said that in some international regions; “ILS markets’ pricing is now matching or, in a few selected cases, more competitive than traditional reinsurers.”

That will not be welcome news for reinsurers, some of whom rely on the diversification offered by international regions and risks that help them to remain more efficient on pricing in core markets as well. If that advantage goes away, there could be an opportunity for ILS players to gain even more share.

Another trend witnessed at the recent renewals, that signals further growth for ILS markets and an enhanced ability to take more market share, is the fact that Willis Re notes an increased convergence of terms and conditions between collateralized and traditional reinsurance.

“Terms and conditions on ILS-backed reinsurance have largely converged with reinsurance backed by traditional promise-to-pay reinsurers,” the capital markets team at Willis Towers Watson Securities writes in the renewal report.

ILS pricing is already very competitive in U.S. and core catastrophe markets, but is now also reported to be competing more on price in international territories, and at the same time the terms are converging as well.

That suggests a scenario where the ILS market will find an increasing number of growth and expansion opportunities over the coming renewal seasons.

The challenging outlook for traditional reinsurance firms looks set to persist, with Willis Re saying that there are “worrying trends” in underlying loss and expense ratios for many and combined ratios for many classes of business looking “unattractive.”

As a result cost control is firmly on the agenda, as reinsurers look to increase their efficiency and lower their cost-of-capital. As results deteriorate and share price valuations remain high, reinsurers have not been buying back so many shares, which Willis Re suggests could be a prelude to more mergers and acquisition (M&A) activity.

In fact, Willis Re suggests that reinsurers may look to M&A as one way to “support growth that is so challenging to achieve on an organic basis,” although the broker highlights the difficulty to execute M&A well and also the limited number of attractive targets which make M&A “arguably more challenging than it has been.”

That raises questions of what reinsurers can do on organic growth, aside from expanding into new risks like cyber, working in emerging markets to close the protection gap and partnering with new InsurTech start-ups to try to find new routes to risk, or distribution for their capacity.

This situation could stimulate an increased urgency in reinsurer third-party capital activities, we believe, as they look to the capital markets to create second balance-sheets which can have a lower cost-of-capital than their traditional ones, helping them to remain more competitive versus ILS in what were once their core target markets.

But overall, the message taken away from the mid-year renewals is that while pricing has declined further, ILS has become even more competitive and converged, but results are getting worse, the pricing is still being supported by reinsurers.

We don’t see any wholesale pull-back from the core markets yet, just a slow increase in ILS market shares. Reinsurers largely continue to compete on price in order to maintain their positions and portfolios.

Cavanagh said; “Yet again, we’re in a position where the weakening in the global reinsurance industry’s performance has not reached an unacceptable level. Reinsurers across the board do not yet feel compelled to take a stronger stance over conceding further modest rate reductions and walking away from clients.”

It’s interesting here to note that senior management of some reinsurers had been saying they were on the verge of walking away due to pricing as much as two years ago. It seems, while there have been some pull-backs and reductions in capital deployed into certain markets, there hasn’t been any evidence of a major turning away from renewal business.

If the current situation persists, where by losses have not eroded industry capital levels and ILS markets continue to make acceptable returns for their investors, it will be interesting to see what steps reinsurers take at renewals to come.

Loss activity in the next few months, largely from the U.S. hurricane season could have a key influence on reinsurers pricing decisions now rates have already sunk so low. Additionally, any instability of investment returns could also be a factor, Cavanagh said.

Just how the reaction of the traditional reinsurance market to greater volatility, in terms of losses and investment returns, will influence the ILS market’s ability to continue growing in the future remains to be seen.

We’d suggest that the time to influence market pricing significantly enough to see a return to rates seen historically may already have passed.

Under two weeks until our ILS Asia 2017 conference, get your ticket now.