Insurance-linked securities (ILS) and collateralized reinsurance funds managed a positive average return of 0.19% for the month of May 2018, but the impacts of last year’s hurricanes and other catastrophe losses continued to hurt some fund strategies with a number falling negative for the month. 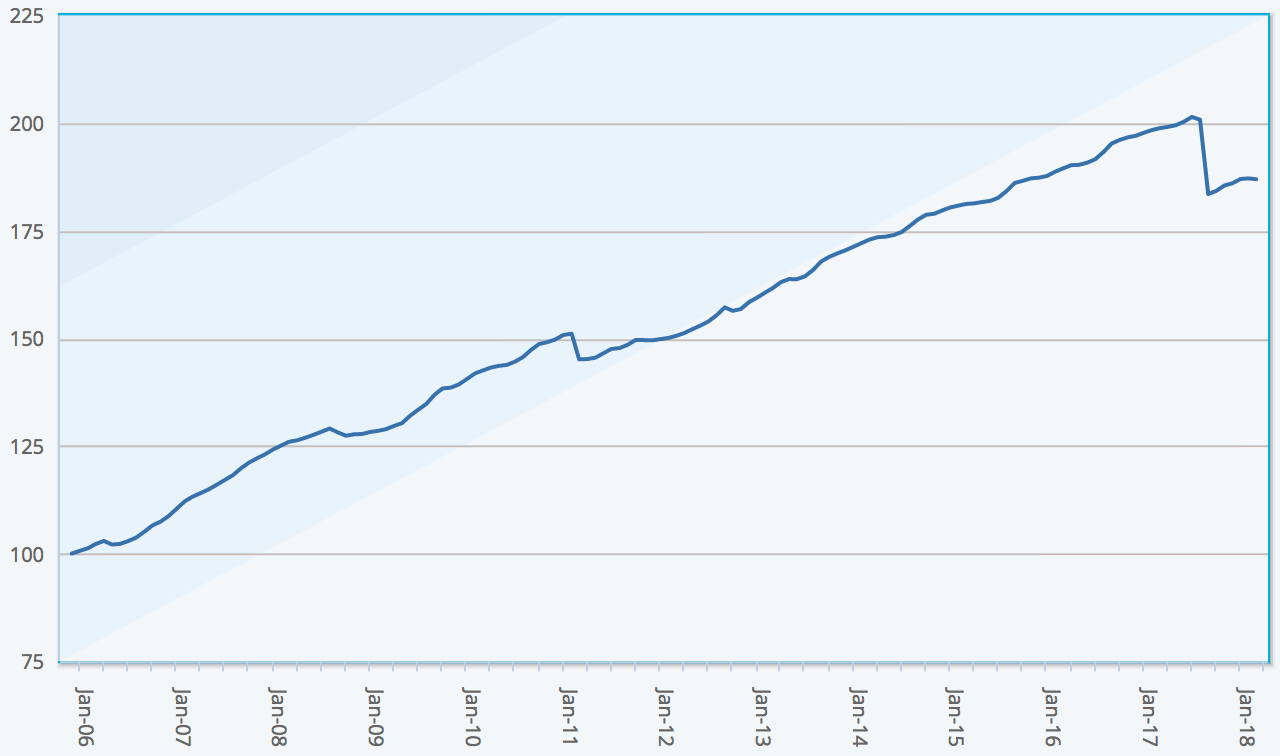 May 2018 saw five ILS funds that invest in private contracts and collateralized reinsurance falling to negative returns, as loss adjustments and estimate increases continue to factor into some funds performance almost half-way through the year.

This is largely the ongoing loss creep from the 2017 catastrophe losses, particularly hurricane Irma which has driven most of the negativity for ILS funds through 2018 so far.

But there has also been an element of losses from May severe storms in the United States driving some of the negativity, although it is the added losses to side-pockets from 2017 that has driven most of the impacts for the month, we understand.

The 0.19% average return of the Eurekahedge ILS Advisers Index for May 2018 has taken the year-to-date average ILS fund return to just 0.27% after five months, but some ILS funds will be negative after a number of months of increasing losses as the divergence between the returns of different strategies continues.

The return for May is only slightly below the historical average of 0.21% though, but the year-to-date figure is now the second worst average return for the first five months of any year since the Index began recording ILS fund performance.

The pure catastrophe bond investment funds were up by 0.27% as a group, while the subgroup of funds whose strategies include private ILS and collateralized reinsurance were only up by 0.13%, according to the Index.

Given the ongoing impacts of the 2017 catastrophe losses, the Index now reports that private ILS funds have underperformed pure cat bond funds by 4.75% on an annualised basis so far in 2018.

This underperformance may continue for some more months to come, especially as loss estimates for some events have been increased further in the last fortnight, we understand.