Insurance-linked securities (ILS) and catastrophe bond funds gained 0.97% in the month of October 2022, as some ILS funds rebounded somewhat after hurricane Ian, as losses from the storm appeared lower than expected for some cedents. 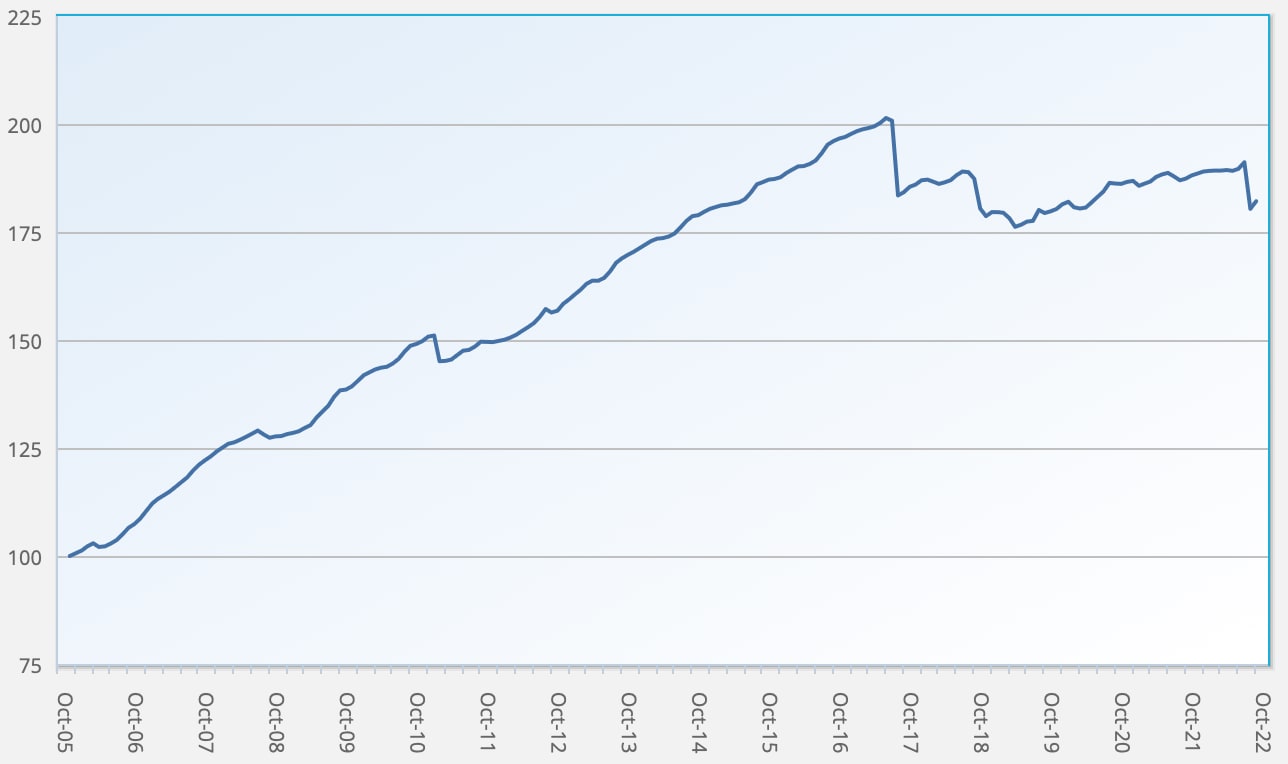 It resulted in a particularly wide dispersion of ILS fund performance for the month, with returns ranging from -2.50% to as high as a positive 13.16%.

It should be noted that there are still some ILS funds to report their figures for the month, so the 0.97% average return is not yet calculated across the full 26 Index constituents.

ILS Advisers explained that, “The real insured losses of hurricane Ian started to materialize in October. Based on the first loss estimates provided by reinsurers, losses seem to be somewhat lower than previously feared.”

However they warned that, “Caution is warranted given Florida’s past poor loss developments for insurers related to fraud, as- signment of benefits and litigation costs. These issues can substantially inflate claim payments ultimately. Ian will be a test to see if the recent regulatory changes undertaken in Florida will reach their goals.”

The catastrophe bond market saw rapidly rising valuations in October for some positions were early loss estimates proved to be overdone. As a result, the Swiss Re Global Cat Bond Index delivered a positive 2.40% return for the month, helping to boost pure cat bond funds performance for the period.

But the subgroup of ILS funds that also invest in collateralised reinsurance and retrocession, or private ILS deals, were better performers, rising strongly by 1.49% in October.

Out of the 22 ILS funds that have reported their returns so far, 14 were positive for the month, while 8 were negative.

As we said, the wide dispersion signals some relatively significant recoveries in value in October.

On this, ILS Advisers explained that, “Managers which fell heavily in September tended to rebound more in October as loss information released by cedants were not as bad as estimated just after Ian landfall.”

As ever, it will take time for the ramifications of hurricane Ian to flow through the ILS fund market and some volatility in monthly results can be expected for a time, until more detailed loss estimates are available from cedents and ultimates better understood.

You can track the Eurekahedge ILS Advisers Index here on Artemis, including the USD hedged version of the index. It comprises an equally weighted index of 24 constituent insurance-linked investment funds which tracks their performance and is the first benchmark that allows a comparison between different insurance-linked securities fund managers in the ILS, reinsurance-linked and catastrophe bond investment space.