According to Artemis sources, the cash balances at some insurance-linked securities (ILS) funds remain high and so there has been a reasonable amount of activity in the secondary catastrophe bond market as some ILS fund managers look to deploy capital raised for the renewals that they failed to deploy. 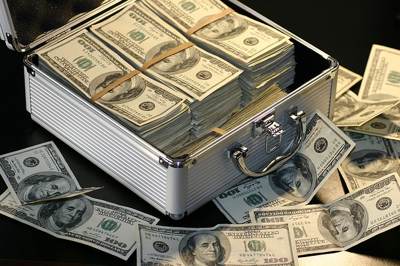 We’re told a number of ILS funds raised more capital at the middle of the year than they could find opportunities to deploy. This has led to some ILS funds having an excess of cash on hand, which can be detrimental to their returns and so there is some urgency among managers to deploy as much of it as they can, as quickly as they can.

This trend drove a reasonable amount of catastrophe bond trading in July 2017, as ILS funds with cash balances looked to put them to work by picking up secondary positions.

Prices on some cat bond positions have been pushed well above par in recent months, thanks to continued strong demand, and this deployment of excess cash balances will not help and is likely contributing to pushing some secondary marks even higher.

Craig Bonder, Managing Director at AK Capital, saw the month of July as fairly active; “July was a very active month in secondary markets with over forty names, encompassing all types of perils, trading on Trace this month, many of which names traded multiple times. The market seemed to have a good daily ebb and flow as we traded nearly every trading day this month in both big and small size.”

Bonder put the trading activity down to a number of factors, including investors rebalancing portfolios following the high levels of issuance activity and the reinsurance renewals, investors taking gains as some positions saw prices rise further, and also investors and ILS fund managers with cash on hand looking to deploy it.

The trading activity in July was lower than June, although that was a near-record in terms of volumes when Bonder saw more than 70 different names trading in a single month, with some trading multiple times.

Swiss based ILS fund manager Plenum Investments commented on pricing moves, saying that it was the U.S. wind positions that increased the most, as you’d expect for this time of year.

Plenum Investments noted; “Prices on US hurricane positions moving up by only 30 basis points on average, while most of the other risk classes remained flat.”

Price rises due to the seasonality inherent in U.S. wind catastrophe bonds should accelerate through August to October, helping to buoy performance for catastrophe bond funds and also collateralized reinsurance arrangements.

However, ILS funds with large cash balances could find their performance doesn’t benefit as much from this unless they can reduce the cash component, which isn’t always easy in a period of lower primary cat bond issuance.

This should ensure that activity in the secondary cat bond market remains relatively lively through the rest of the summer and could result in higher trading activity than seen last year, as any available notes could find there is more competition from potential buyers than seen in previous summers.