ILS can go beyond nat cat if someone takes the tail: Wallin, Hannover Re

There’s potential for the expanding insurance-linked securities (ILS) market to play a meaningful role outside of the natural catastrophe space, however, on long-term business, someone must take the tail risk, says Ulrich Wallin, Chief Executive Officer (CEO) of reinsurance giant Hannover Re. 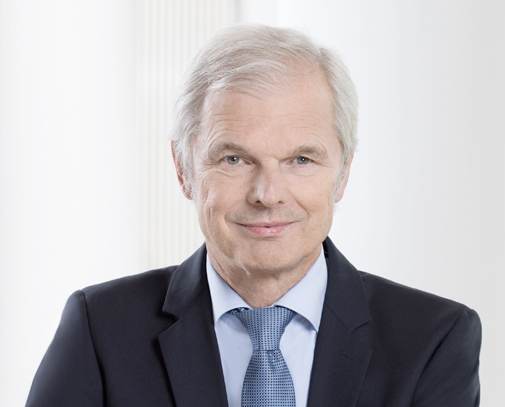 In light of 2017 catastrophe events and subsequent improved, albeit less than anticipated rate increases at the January, April, and mid-year renewals, Artemis interviewed the CEO of Germany domiciled reinsurer, Hannover Re.

Unsurprisingly, Wallin explained that the natural catastrophe space remains a very competitive environment, driven by an abundant supply of capital from both traditional and alternative sources.

Alternative, or third-party reinsurance capital reloaded and expanded in time for the January renewals, but its continued heavy-focus on natural catastrophe risks served to limit post-event price hikes, contributing to what’s been described by some in the industry as a disappointing renewals season.

With this in mind, Artemis asked Wallin about the potential for ILS to move outside of the extremely competitive natural catastrophe arena, and if there’s currently any other line of business that is experiencing heightened competition as a result of commitments from both traditional and alternative players.

“There is also competition in the casualty business, particularly because the results outside commercial auto have been pretty good in recent years. And many of the market players want to increase their involvement in casualty, mainly to get diversification away from the more competitive short-tail classes,” said Wallin.

While the longer-tail nature of casualty business does offer ILS investors diversification outside of the highly pressured nat cat space, this kind of business does bring fresh challenges for market players, something highlighted by Wallin.

“I think it (ILS) can go outside natural catastrophe risks, but somebody has to take the tail risk on long-term business in order to make it writable for the alternative capital. Because if you have an alternative capital structure – which might be a cat bond or collateralised reinsurance –what you do you invest your money as collateral, and then you get a spread premium, say for argument sake of 500 basis points.

“If you have the long-tail risk, the ceding company would not be able to return that capital to you after one year because there is the risk that losses may develop after year end. If you take your collateral back there’s no cover for such loss development because you haven’t got a balance sheet and a capital base. So that then would mean that the ceding company would need new capital again for the next underwriting year or the next accident year.

“So, you have to invest two times the capital as collateral but get the premium only for the current year. That reaches your return from 500 base points to 250. And therefore you can see that on long-tail business, where the capital markets have to cover the full tail exposure, it wouldn’t work on a collateralised basis,” explained Wallin.

It’s a valid point, and using casualty risks as an example, which are typically long-tailed, with durations and liabilities sometimes going into the decades, it’s important to remember that while investors want to access the returns of this business, they certainly don’t want to lock their capital up for as long as the tail could last.

Another area that could be influenced by the ILS market, and one which Hannover Re is looking at, is the cyber space, widely regarded as one of the risk transfer industry’s biggest challenges and opportunities.

“We have interesting discussions on the cyber business – whether or not we can use alternative capacity for cyber in particular for the accumulation exposure. This may include the so-called silent cyber exposure from traditional P&C business. Such accumulation is very difficult to understand and to quantify. And therefore, theoretically, you need a lot of capacity.

“And there is the thought that maybe the capital markets can help. But we need some kind of modelling of expected losses, where model agencies start to look at models there.

“So, maybe that is an area of expansion for the ILS market. It hasn’t happened yet, but it is certainly something we are looking at,” said Wallin.

As the ILS market continues to mature and increasingly looks to play a role in diversifying, emerging and potentially rewarding lines of business, innovation will undoubtedly be key.

The ILS space has a history of innovating structures and solutions designed to facilitate insurance protection for the world’s perils, and it will be very interesting to watch the market as it continues down its impressive growth path and looks to access new lines of business across the risk spectrum.