The Insurance Development Forum (IDF) considers insurance-linked securities (ILS) to be an “important part” of the work it aims to do, according to Secretary General Ekhosuehi Iyahen. 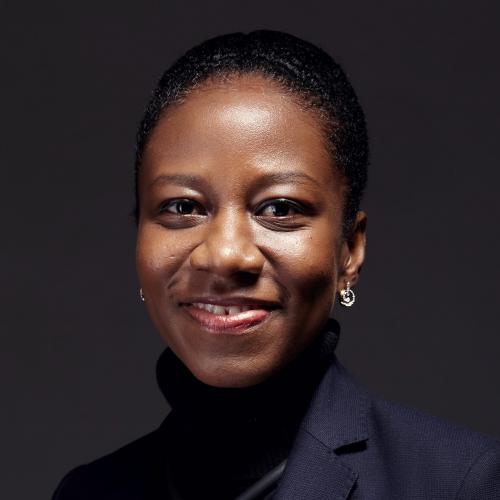 Speaking at a recent lecture in the Old Library at Lloyd’s of London, Iyahen said it was in the interest of the IDF to explore the various kinds of financial instruments available to it, including the use of capital markets.

“I think it [alternative capital] is an important part of the work the IDF will have to do,” she told the audience at Lloyd’s. “Looking at the scale of the issues that we are dealing with I think there is definitely an interest to explore and see what kind of different tools are out there.”

The IDF is a public-private partnership that consists of insurance and reinsurance industry executives, leaders of the United Nations (UN) and the World Bank Group.

Established in 2016, it aims to close the global protection gap by increasing insurance take-up and improving disaster resilience in vulnerable countries.

Addressing the challenge of climate risk, Iyahen explained that the re/insurance industry can help to support resilience through its expertise in risk analysis and understanding, product design, engagement with regulators, and also through its capital supply.

“I do think there is a huge role that the insurance industry can have that is currently significantly untapped in many of the jurisdictions that we are looking at,” she said. “I think we can make a lot of progress there.”

Of course, Iyahen’s comments also mean there may be untapped potential for the capital markets to further support the work of the IDF as well, and to increase their role in public-private disaster risk financing more broadly.

With more than 90% of global natural disaster costs still uninsured, there is clearly a huge opportunity for re/insurance to help narrow the protection gap using a range of risk transfer financial instruments.

What’s more, based on the IDF’s discussions, Iyahen believes many governments share an interest in further utilisation of the capital markets as a tool to help build climate resilience.

“When you engage with governments – depending on the government and the level of sophistication – they are also looking at different tools,” she remarked. “So I don’t think it is a mutually exclusive kind of dialogue that we are having.”

Her comments indicate that leaders in developing nations are aware of the potential offered by alternative risk transfer methods, and are open to exploring a variety of options (and capacity sources) to build resilience to climate change and transfer risk away from the taxpayer.

Whether this risk ultimately makes its way to the capital markets or whether reinsurers end up with lion’s share will likely come down to politics, in that case.

However, Iyahen also argued that there is case for re/insurers to expand their role in public-private initiatives beyond the limited scope of transactions and pay-outs.

With a wealth of information and experience at its disposal, the industry is well-placed to promote discussion around the broader understanding and management of risk within governments, she suggested.

“Oftentimes when a government starts to think about insurance that is when you are forced to bring the various parties together so that you can have – or can begin to build – a singular perspective of what risk looks like,” Iyahen said.

“Resilience has to be built on what is my understanding of risk and what do I need to be investing in insurance in the medium and long term to get us there,” she added. “It’s complex.”

This message from the IDF clearly emphasises the need for more collaboration between international public and private sector entities to ensure global resilience and sustainable development goals are achieved.