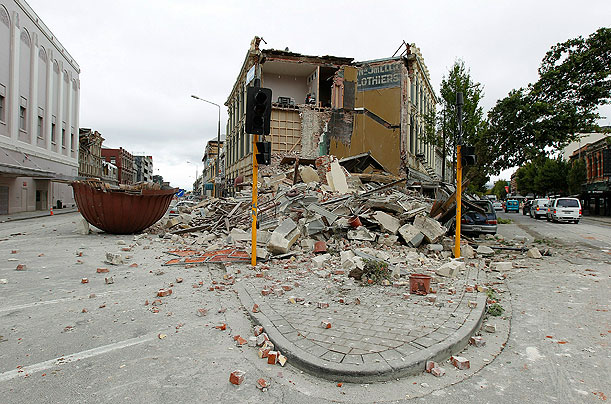 IAG last reported the ongoing claims creep from the 2011 New Zealand earthquake last August, when it said that its gross claims from the event had reached above its $4 billion (USD$2.7 billion) group reinsurance program limit.

That limited the global reinsurance markets exposure to any further IAG claims, although of course ongoing deterioration could suggest further impact to reinsurers (and potentially any ILS players) which haven’t yet closed down contracts from this event.

As we understand it, most (if not all) of the collateralised reinsurance contracts exposed to the 2011 Canterbury quake have already been settled and commuted, but the continued loss creep is a reminder that quake claims often do not settle quickly and that has clear ramifications for catastrophe bond indemnity coverage, or collateralised reinsurance, and the risk of collateral being locked up sometimes for months or years.

The New Zealand earthquakes have shown that as catastrophe events go quake event claims are not necessarily as short-tailed as they are often cited to be.

IAG has once again taken steps to minimise or limit any future impact from the Canterbury quake using reinsurance protection, steps which have greatly increased its spending on reinsurance in the last year.

In June 2015 the insurer entered into a 10 year partnership deal with Warren Buffett’s Berkshire Hathaway, involving the reinsurer taking an equity stake and the signing of a 20% quota share reinsurance arrangement.

In its results this morning IAG revealed new reinsurance arrangements with Berkshire Hathaway, including adverse development cover to mitigate further exposure to the earthquake as well as to asbestos liabilities.

That takes IAG’s reinsurance limit up to an effective $5 billion, for the Canterbury earthquake, on top of an increased risk margin of $150m to cover the expected deterioration of claims. It is part of a package of reinsurance that also covers legacy liability and workers’ compensation policies with exposure to asbestos risk, mostly from policies written in the 1970’s and 80’s.

The additional cost of the reinsurance, in terms of premiums paid and asbestos reserves released, is a small net loss, the insurer said. However the reinsurance has also helped IAG to return more capital to shareholders, with a special dividend, although it must be remembered that one of those is now Warren Buffett, so the sage benefits from reinsurance premiums, access the reserves which no doubt add to Berkshire’s float and also capital return.

In total IAG says that it has paid 85% of all claims from the earthquake, by number of claims, totaling $NZ5.3 billion.

As well as the creeping New Zealand quake claims costs, the additional spend on reinsurance from Berkshire Hathaway and the capital return to shareholders, including to Buffett, IAG also reported challenging market conditions in commercial lines.

IAG Managing Director and CEO Peter Harmer said commented; “In our commercial businesses we are prudently maintaining our underwriting discipline in the most competitive conditions in almost four decades.”

So IAG is increasingly a new funnel for float for Warren Buffett, with the growing arrangements helping Berkshire Hathaway to expand its exposure to Australian and New Zealand risk, while not having to outlay to create a large infrastructure of its own.

Berkshire has such scale that it can effectively take insurance and reinsurance market share using its enormous capital base rather than feet on the ground. This deal with IAG has given Buffett both premium float, as well as capital return, while securing an expanded foothold in the region.

Costs for reinsurance are up but over time volatility should come down, resulting in better results, more capital returns to shareholders and of course more float and capital flowing to Berkshire as well.