Australian primary insurance group IAG has successfully renewed its catastrophe reinsurance tower to provide it with the same $10 billion level of occurrence coverage as it had for the prior year, citing only “modest” increases in rates at the renewals. 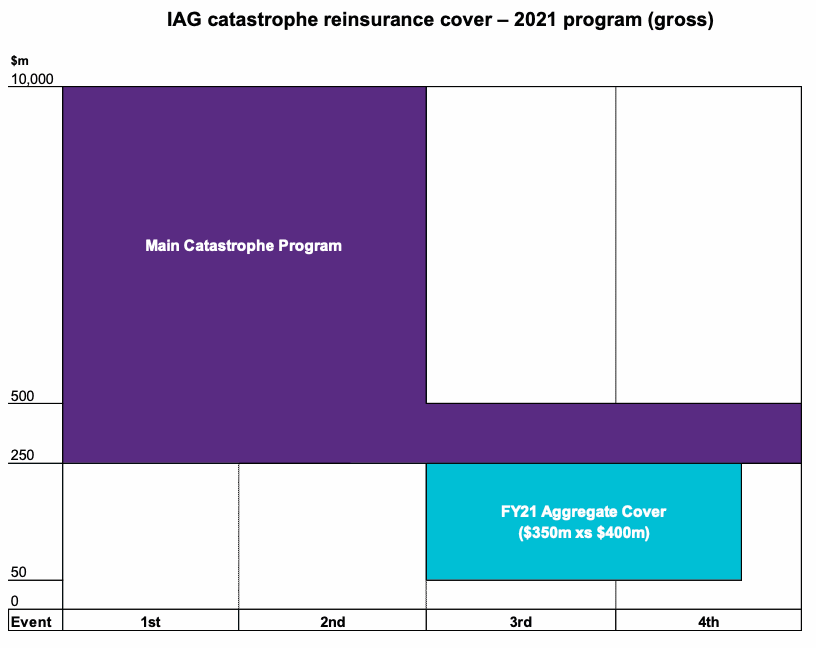 It features one prepaid reinstatement for losses of up to $10 billion, while IAG retains the first $250 million of every loss, the same as the prior year.

In addition, the company has its aggregate catastrophe reinsurance tower in place as well, which was secured at the July 1 2020 renewal season.

The aggregate reinsurance runs for 12-months to June 30th 2021, providing $350 million of cover attaching at $400 million of qualifying losses to IAG. Qualifying events are capped at $200 million excess of $50 million per event, from Jan 1 2021.

IAG said that it “experienced a modest increase in reinsurance rates during the renewal process, with the overall expense outcome in line with expectations.”

But roughly 65% of the main catastrophe reinsurance tower is now secured on various multi-year terms, giving greater certainty and security over pricing.

Around 90% of the reinsurance tower has been placed with A+ or better rated reinsurers, which does mean there could be some collateralised participation in the remaining 10%. In addition, ILS fund capital has likely played a role on a rated or fronted basis in the program as well. 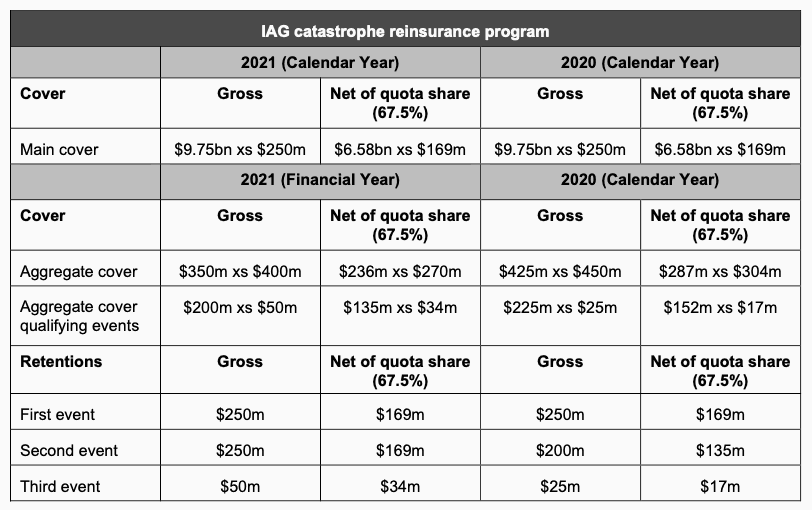