Catastrophe risk modelling firm RMS has estimated that the private insurance and reinsurance market loss from recent hurricane Nicole will fall below $2 billion, with its best estimate being for a $1.6 billion industry loss. 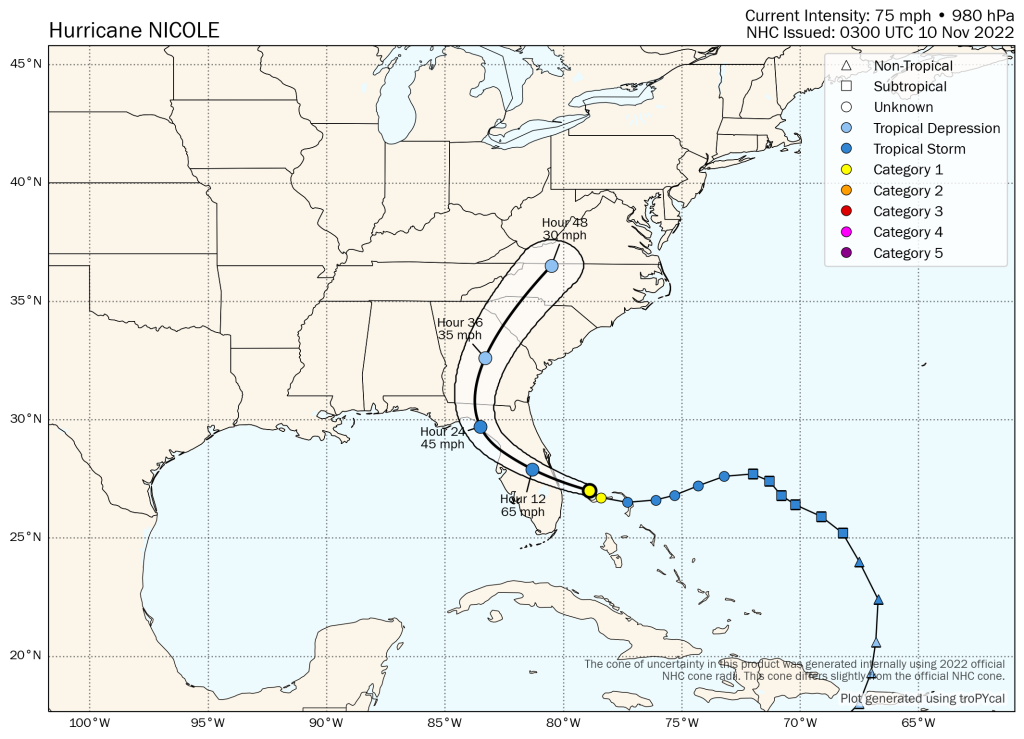 Hurricane Nicole was the fourteenth-named tropical storm of the 2022 North Atlantic hurricane season, the eighth hurricane, and the second hurricane to make U.S. landfall.

Nicole made landfall in Florida on November 10th 2022, near Vero Beach, as a Category 1 hurricane, bringing a combination of strong winds, storm surge, and heavy rainfall to coastal and inland areas of Florida, including some affected by hurricane Ian.

Jeff Waters, Staff Product Manager, North Atlantic Hurricane Models, RMS, explained, “Even though Hurricane Nicole was much less intense than Hurricane Ian a few weeks prior, it exhibited a large wind field that impacted many of the same areas in Florida.

“Similar to other overlapping events from previous seasons, such as Hurricanes Ida and Nicholas in 2021, and Laura and Delta in 2020, we expect the overlapping nature of Hurricane Ian and Nicole to introduce significant uncertainties in the loss attribution and claims settlement process.”

RMS also estimates losses for the National Flood Insurance Program (NFIP) from Nicole to be less than $300 million, and primarily located in Florida and Georgia.

“Historically, an event of Hurricane Nicole’s magnitude would not exhibit notable PLA impacts if it were to occur on its own. However, the fact that it closely follows a major event with Hurricane Ian, means that the same factors influencing PLA from Ian also apply to Nicole, including shortages of labor, materials, and claims adjusters. This is an example of compounding PLA effects,” Sarah Hartley, Manager, Event Response, RMS said.

RMS’ estimate is a good deal higher than one from CoreLogic that put hurricane Nicole’s insured losses around the $750 million mark and one from broker BMS that said the industry loss could be up to $1.2 billion.

« Older article Everything’s on the table as fundamental shift occurs at 1/1: Tangency’s Hagedorn