Hurricane Ian is approaching its second landfall on the South Carolina coast today, with sustained winds of 85 mph and gusts estimated at just over 100 mph, while a life threatening storm surge is forecast for parts of the seaboard.

While hurricane Ian’s impacts on the Carolinas will likely pale in comparison to the tens of billions of dollars of damage wrought in Florida, this second landfall still has the potential to exacerbate an already complex loss situation for the insurance, reinsurance and insurance-linked securities (ILS) market.

Here’s an up to date tracking and forecast path map for hurricane Ian from Tomer Burg: 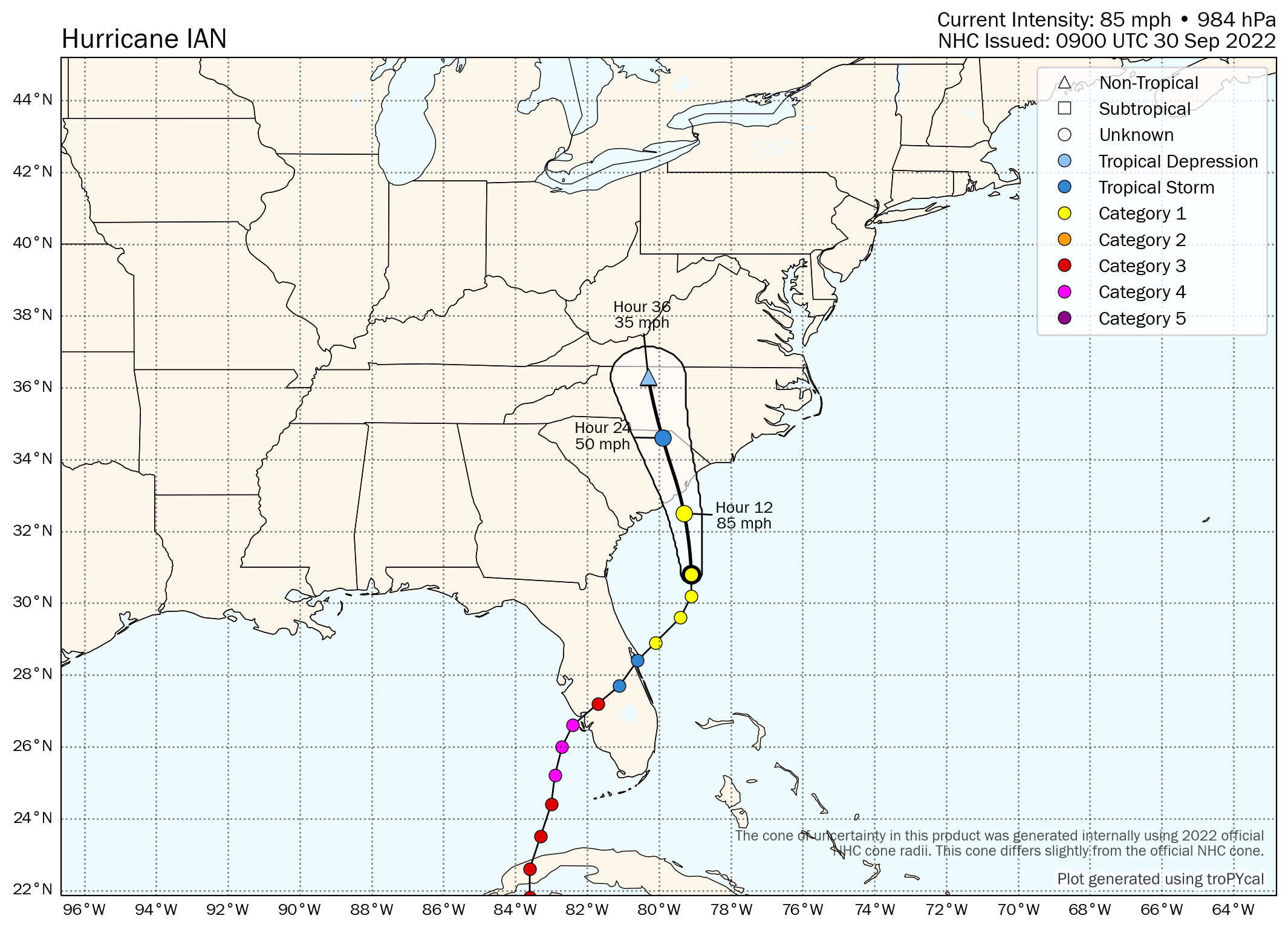 Hurricane Ian has not deepened as much as had been thought possible, with dry air and wind shear hindering the storm’s ability to make a run at Category 2 before landfall.

But, with just a few hours to landfall on the South Carolina coast, hurricane Ian is unlikely to increase in intensity now.

But the storm is very large now, with hurricane force winds extending out up to 70 miles from the center and tropical storm force winds 485 miles.

The South Carolina coast is already experiencing tropical storm force winds and hurricane force gusts can be expected widely, as well as in south North Carolina on the coast as well, according to the NHC.

The storm surge forecast remains at 4 foot to 7 foot widely along the South Carolina coast, including for Charleston, raising the prospects of coastal inundation and flooding. This second landfall from hurricane Ian is unlikely to create meaningful additional losses for the global insurance and reinsurance market, or for ILS funds.

But, it will complicate matters further, making the overall claims and loss estimation process longer and more arduous, while also greatly expanding the footprint of damage caused by hurricane Ian.

Given the extent of the losses expected from Florida, an additional loss from the Carolinas won’t be welcome and for some nationwide carriers could raise the chances of them tapping their excess-of-loss reinsurance, as both landfalls will likely count under a single event retention, we’d imagine.