One of the leading hurricane season forecasting teams has lowered its outlook for the 2015 Atlantic tropical storm season in its latest outlook. The Colorado State University team has lowered the seasonal forecast by one hurricane. 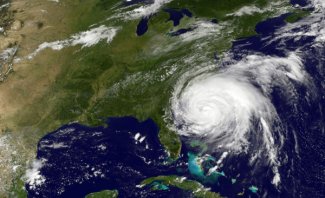 In its June and July forecasts the Colorado State University Dept of Atmospheric Science forecast team of Klotzbach and Gray predicted 8 named storms, 3 hurricanes and 1 major hurricane, with an overall season accumulated cyclone energy (ACE) of 45.

The insurance and reinsurance industry, as well as investors in catastrophe bonds and other insurance-linked securities (ILS) will be watching the season forecasts closely, as the recent hurricane drought in the Atlantic increasingly looks set to continue.

Now, with two months of the 2015 Atlantic Hurricane Season passed, the forecasters at Colorado State have revisited the numbers and suggest that we’ll only see 2 hurricanes during this years storm season.

So the overall forecast from the team for the 2015 Atlantic tropical storm season now looks like 8  named storms, 2 hurricanes and 1 major hurricane.

The change to the forecast number of hurricanes has reduced the ACE forecast down to the low-level of 40 for the entire season. The 3 tropical storms seen to date have only contributed 5 ACE points to date, meaning that the rest of the season has 35 to contribute.

Klotzbach and Gray say that conditions in the Atlantic remain unfavourable for hurricane formation and that the strong El Niño that they see underway will ensure that no resurgence of tropical activity suddenly occurs.

The forecasters give only a 23% chance that the U.S. coast will see a landfall from a Category 3, 4 or 5 hurricane in 2015, which compares to a typical season average of a 52% probability.

“We have maintained our below-average seasonal forecast, primarily due to a strong El Niño that is now firmly entrenched in the tropical Pacific. In addition, vertical wind shear during July was at record high levels in the Caribbean,” Klotzbach and Gray explain.

As a result; “The probability of U.S. major hurricane landfall and Caribbean major hurricane activity for the remainder of the 2015 season is estimated to be well below its long-period average.”

Across all of the forecasters we track at Artemis, the average now calls for 9.4 named tropical storms, 4.5 hurricanes and 1.4 major hurricanes during the 2015 season. It’s becoming increasingly difficult to foresee that many hurricanes forming, so we would side with the Colorado State outlook of just 2 for the entire season (at most the way this year is progressing).

That said, it only takes a single hurricane to form, intensify and head for a major urban centre in Florida, Texas or the U.S. northeast and the insurance, reinsurance and catastrophe bond or insurance-linked securities (ILS) markets could see a major loss. Hence it’s important to keep abreast of the latest outlook from the likes of Colorado State.

The team has also published its first short-term two-week outlook, which it will now provide through the rest of the season and foresees no major activity in that time, explaining:

We believe that the next two weeks will be characterized by activity at below-average levels ( < 70 percent of climatology). The average ACE accrued during the period from 1981-2010 from July 31 – August 13 was 6 units, and consequently, our forecast for the next two weeks is for 4 or fewer ACE units to be generated.

The below-average forecast is due to a combination of factors. No tropical cyclones are currently present in the tropical Atlantic. The National Hurricane Center gives a 10% chance of development in the next 48 hours for a system that is currently located near the South Carolina coast. This system is unlikely to develop, and none of the reliable forecast model guidance develops any other tropical cyclones in the Atlantic during the next five days.

Historically the most active part of the hurricane season is late August through to October and the way the tropics are looking we may have to wait some time before we see any activity of note.

We’ll keep you updated and should any tropical storms or hurricanes form in the Atlantic you will be able to track them over on our 2015 Atlantic Hurricane Season page.