The insurance and reinsurance industry loss from hurricane Fiona’s impacts in Canada in 2022 is now estimated at above C$800 million by Catastrophe Indices and Quantification Inc. (CatIQ), a 21% increase since its last estimate. 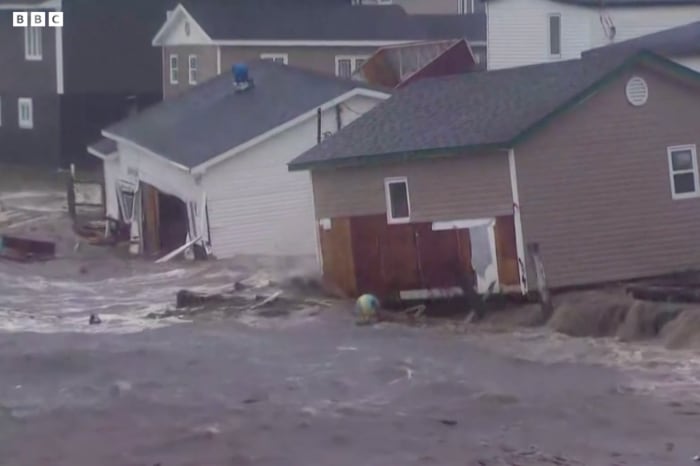 Back in October, CatIQ said it expected the insurance and reinsurance market losses from hurricane Fiona would be around C$660 million.

The increase makes hurricane Fiona the most costly extreme weather event ever recorded in Atlantic Canada.

It is also now the seventh largest weather loss in Canada’s history, in terms of insured damages, up from the tenth largest at the previously reported industry loss level.

However, despite the relatively high industry loss for a Canadian weather event, the overwhelming majority of costs from hurricane Fiona are expected to fall to the government, because many affected residents were located in high-risk flood areas and floodplains where residential flood insurance coverage is not available.

It is expected that the cost to the government will reach well into the billions of dollars, once infrastructure and disaster financial assistance to uninsured residents are tallied.

“It is clear that a good deal of costs for this disaster will be borne by government,” explained Amanda Dean, Vice-President, Atlantic, Insurance Bureau of Canada (IBC). “As we continue to see the increasing impacts of climate change, it’s clear much more must be done to enhance our resilience to these risks and build a culture of preparedness. This includes investments in new infrastructure to reduce the impact of floods and fires on communities, as well as retrofit programs that focus on resilience, improved building codes, better land-use planning and, increasingly, the creation of incentives to shift the development of homes and businesses away from areas of highest risk.”

Over the last 15 years, insurance claims from severe weather events have more than quadrupled in Canada, with the new normal for yearly insured catastrophic losses in Canada reaching $2 billion, largely because of water-related damage.

For comparison, in the 15 years from 1983 and 2008, Canadian insurers paid out an average of about $422 million a year in losses related to severe weather.