How long can “little better than break-even” be sustained?

Just how long can an industry continue to operate in a traditional manner while the performance of its main revenue stream is described as “little better than break-even”? This question leaps to mind when reading the latest reinsurance report from Fitch Ratings. 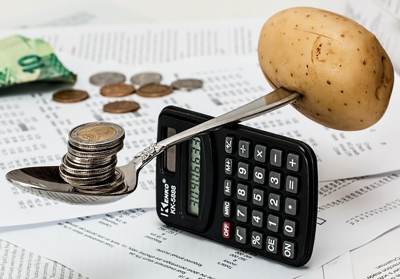 Reinsurers are embattled, that goes without saying and our readers are au fait with the fact that soft market pressures continue while at the same time the industry is evolving to embrace new business models, more direct distribution, technology (insurtech), as well as efficient capital sources and structures.

But the fact is that the reinsurance industry is increasingly viewed as one where many of its major participants are seen as practically failing to deliver results in what is their main reason for existing. The underwriting of risk.

Fitch’s report (covered in more detail here at our sister publication Reinsurance News) looks at the big four European reinsurance firms, so Munich Re, Swiss Re, Hannover Re and SCOR, and discusses the fact that they have been maintaining their underwriting discipline and how that gives them a competitive edge.

It’s extremely difficult to say just how disciplined these four giant reinsurance firms really are, particularly given their ability to discount certain diversifying risks and regions, given their broad portfolios and global reach, which has led to them dominating some areas of the world.

But they do have a competitive advantage, in terms of their scale, relevance and overall clout in the market which does help them to hold up prices a little more than smaller, or more marginalised players are likely able to do.

But still they are operating the core underwriting area of their business at or near break-even, a fact that cannot continue forever without some significant shifts in strategy as a response.

This is what we’ve been seeing though, with the shift into primary lines of commercial insurance, backing personal lines start-ups and insurtech players, expansion into new regions in search of ways to plug the much vaunted protection gap, and the search for other ways to bring what was reinsurance capacity much closer to the front of the risk-to-capital chain.

Fitch even highlights life reinsurance as an opportunity for growth and better profitability, highlighting that even these major reinsurers can grow into the life business citing an expectation that an increasing amount of their profit will come from life risks in the future.

So perhaps break-even, in the heartlands of reinsurance especially property, casualty and specialty risks, is ok if they can extract a margin from elsewhere in their businesses?

Reinsurers would need to underwrite a significant amount of additional business to compensate for a perma-soft reinsurance market in catastrophe risks, P&C, specialty and other areas that the ILS market is expanding into.

Efforts to do this are likely to take years, perhaps decades, as evidenced by the insurtech craze, which major reinsurer Munich Re said was adding single-digit millions of premiums to its annual book of 50 to 60 billion of premiums underwritten.

That’s a tiny contribution at this stage, likely for a significantly larger outlay in terms of capital spent on a team to manage venture investments and the investments made themselves.

Venture investing can take years to pay-off, if you don’t find a fast growing unicorn, and while these efforts are without doubt essential in order to keep up with where insurance and reinsurance is going, they cannot save re/insurers on their own (yet).

It’s likely that all of the efforts being made to add incremental profit to the reinsurance business will take a long time to become major contributors. Even the major reinsurers commercial and primary insurance ventures are only adding a small amount of profit, compared to their near break-even reinsurance books at this time.

Again, this will grow, but it takes time.

It leaves us to believe that reinsurers need to find ways to extract more profit from the business they are already underwriting, making sure they are fully paid for the true value that they bring to the risk-to-capital value chain.

That could set underwriting and distribution into conflict. It could also mean reinsurers look to leverage ever-increasing amounts of third-party capital, to help them maintains a presence in areas of the market which are no longer meeting their balance-sheet cost-of-capital.

In essence, it means alternative strategies are required for extracting risk premium in a profitable manner, to ensure that expertise and intellectual capital is compensated appropriately and that the chains (or channels) between risk and capital are managed as closely as possible, shortened where appropriate.

It suggests a marketplace where the capital markets will have an increasing relevance, as a source of efficient underwriting capacity that can both help reinsurers to adapt to the market environment and also compete with companies that are barely breaking even.

In fact Fitch mentions that the large size of these reinsurers has helped them to embrace a range of alternative risk transfer mechanisms, including insurance-linked securities (ILS), reinsurance sidecars and catastrophe bonds.

“The ability to transfer peak exposures in this way provides additional flexibility when underwriting specific lines of business, and brings diversification to risk programmes,” Fitch explains.

That flexibility could be key, as profitability is eroded from core areas of their underwriting business.

Additionally, Fitch notes that these reinsurers actually use very little in the way of retrocession, considering their size. They don’t need to, with such diversified books, but as the profits dwindle perhaps certain areas of the book may be better off retroceded to those with a lower return hurdle?

Greater use of third-party capital and retrocession structures could help these major reinsurers remain in competitive markets, earn fees from their underwriting and leverage efficient capacity to increase their competitiveness.

In a world where capital is fungible, rates are perma-soft and rate rises are merely risk commensurate, the efficiency of capital will remain king and reinsurers are going to have to find other strategies in order to profit, or ways to increase their own efficiency.

Fitch expects “profitability to weaken as pricing and investment yields continue to decline,” which suggests that these strategies that reinsurers develop to survive in this market are going to have to be long-term changes to the way they do business.

We’re beginning to see those strategy shifts but they have a long way to go. This is going to play out over a number of years at least and as a result the re/insurance market is only going to get more interesting to observe as pressure on profits and to be efficient persists.