Any hopes that meaningful reinsurance rate increases might have been available in 2018, to help re/insurers and ILS players offset the heavy losses suffered in 2017, have been dashed by another broadly flat reinsurance renewal at April 1st, according to broker Willis Re. 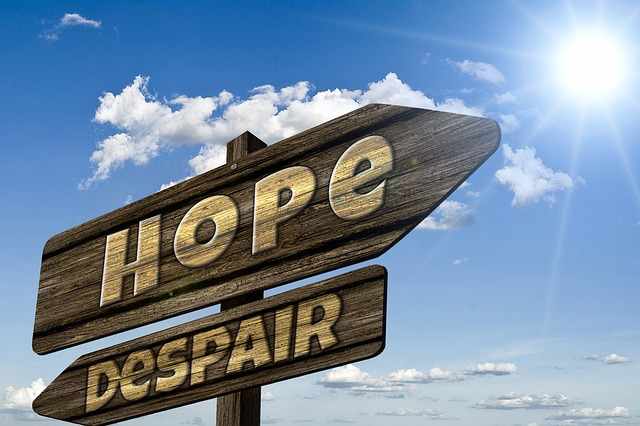 James Kent, the reinsurance broker’s CEO, commented on the renewals, “The pricing environment for the April renewals has closely mirrored that of the 1 January placements, with pricing dampened by the continued impact of plentiful capacity from both traditional and ILS markets, and with the latter’s impact most apparent on property catastrophe pricing.”

As our latest catastrophe bond market report revealed, the ILS sector has witnessed a record start to 2018 in the cat bond market, while at the same time collateralized reinsurance funds under management in the ILS fund market have also continued to grow.

This ongoing expansion of ILS capacity in reinsurance has come as somewhat of a surprise to some who thought the major catastrophe losses of 2017 might slow down the growth of ILS, or even result in it shrinking.

In fact, what has happened is that the ILS market has had an opportunity to clearly demonstrate its main selling points, that it can provide efficient reinsurance and retrocession capacity at attractive pricing, handle and deal with the losses it suffers, raising fresh capital to trade forwards while keeping its pricing keen, and quickly return to growth once again.

We expect this demonstration will provide further impetus for the ILS market to continue its grow through 2018 and beyond.

Kent said that the trend that was set at the key January 1st renewals continued at April 1st.

“Buyers were able to renew loss-free programs, broadly achieving flat year on year renewal pricing,” he said. But some brightness was seen in the market and “While this has been disappointing for reinsurers looking to achieve real rate increases, increased demand from a number of buyers is resulting in some new opportunities and, consequently, some welcome premium growth.”

While these pockets of opportunity have been seen as positive for reinsurers, the continued expansion of the ILS market is seen as a negative for many.

The insurance-linked securities (ILS) market “maintains its advance” Kent said, adding that as the impacts to ILS vehicles from the 2017 losses, including hurricanes Harvey, Irma and Maria, is “proving limited” the result is a return towards “a continued oversupply of capital, which, in turn, is helping to restrain rate increases,” he explained.

This continuation of the ILS investor and fund manager appetite, despite facing the largest losses in the market’s history, means that excess capital can be expected to be the main theme at future renewals throughout 2018, and is likely to have a dampening effect on rate increases at the mid-year renewal season.

Not helping the excess capital levels in reinsurance is the resurgent interest that global primary insurers are showing in reinsurers, with the M&A trends that are being seen lately, most evidently in the AIG – Validus and AXA – XL Group deals.

Interestingly, Kent says this is evidence of the “Big Balance Sheet” reinsurer model being reinvigorated, which at a time when many are looking to multiple balance-sheets and third-party capital offers a potentially interesting dynamic going forwards.

Of course, these dynamics and excess levels of capital in reinsurance just promise to increase the pressure on the most marginalised, smaller, underwriting shops. Hence pressure is unlikely to be removed and those reinsurers that hoped for an easier time following the major losses are likely to be disappointed.

As they have been by reinsurance rate increases, which have not lived up to their expectations at the latest renewals.

However the broker does expect some continued upward movement in rates, more broadly across the sector, but with much of this likely to be driven by worsening underwriting performance, rather than the impact of losses.

“Now, a slower upward trend across different lines of business is what observers are stating as the more likely trajectory, particularly if loss ratios on the underlying business continue to deteriorate,” Kent forecast.

Reporting on the April 1st reinsurance renewal trends, Willis Re said that Japanese renewals were largely flat, as the hoped for post-loss price increases did not materialise in that market.

Excess capacity and the appetite of ILS investors helped to dampen Japanese reinsurance rates, while catastrophe bond issuances featuring Japanese risks remained a feature of the market, as we reported in our latest cat bond market report here.

In Korea, price reductions were the key focus for most reinsurance buyers, Willis Re said, with again plentiful capacity moderating the price environment.

In Latin America rates were largely flat, although some moderate rate increases were seen for loss affected accounts.

The United States saw a number of factors coming into play, including the fact rate increases did not meet expectations in January, and this continued in April with the majority of increases smaller, while loss affected accounts moved, but not as much as reinsurers had hoped.

Risk model updates also played a factor in the U.S., as expected losses fell in some areas based on new model outputs.

Competition from the collateralized reinsurance market was also a feature in the U.S., with ILS funds and traditional reinsurers competing for signings, which is likely to be a major feature of the market at the mid-year renewals.

Even retrocession market pricing has stabilised somewhat, the broker said, as loss estimates begin to settle and capital continues to flow into the marketplace, especially on the collateralized side.

As a result, the range of pricing at retro renewals was narrower than in January, as markets converged on a broader price consensus after the losses. The abundance of capacity played a role here as well.

Aggregate coverage remained a focus in the retro market, as reinsurers sought out frequency protection against multiple event losses.

Overall, Willis Re noted the continued growth of the ILS market, as ILS fund assets under management increased again through the start of 2018.

The catastrophe bond market has been stable, with secondary spreads reflecting the maturity of the market, while ample capacity and available capital from cat bond investors helped the market to the record quarter we reported on here.

So reinsurers need to accept that they are not going to see the rate increases they had hoped for throughout this year, with the mid-year renewals likely to prove another source of disappointment on the rate front.

At the same time reinsurers need to accept that competition levels may be as high as they’ve ever experienced, as the ILS market will be looking to put capacity back to work and new capital raised to work for the first time in June, which will likely mean that reinsurers hopes are dashed once again.