The fact reinsurance prices have risen again at the January and April renewals, especially in peak catastrophe exposed zones, along with the recently demonstrated low-correlation to coronavirus financial market declines, suggests that the improved return potential of the ILS asset class will drive resurgent investor interest. 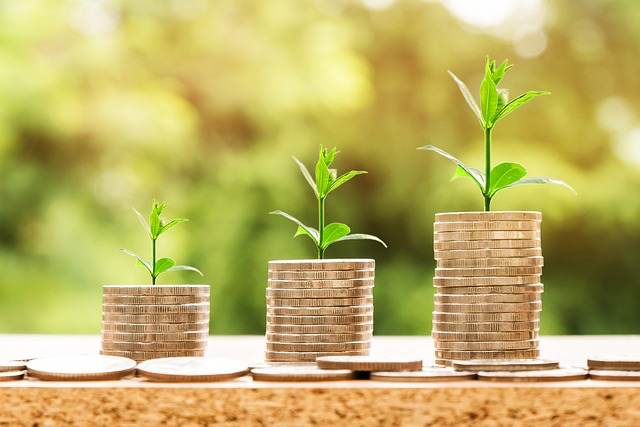 We’ve been saying this for a while now, that for some insurance-linked securities (ILS) fund managers the availability of higher pricing at renewals since 2018 have enabled them to create portfolios of risk that have in some cases significantly higher return potential.

After the January and April 2020 reinsurance renewals have both delivered a further uptick in rates and pricing, while most observers forecast more persistant price firming at the June/July renewals this year as well, this message is now spreading.

Add to the higher return potential of ILS portfolios, the fact that the asset class has once again clearly demonstrated its very low-level of correlation to broader financial market factors, as ILS and catastrophe bond performance held up when most other asset classes tumbled on the fear and uncertainty created by the Covid-19 coronavirus pandemic.

You have a situation where ILS, catastrophe bonds and direct investments into reinsurance related risks are looking extremely attractive right now, as a defensive return driver for investor portfolios and with the ultimate stock of investments all showing higher returns than they have for a number of years now.

Once the coronavirus uncertainty is behind the financial markets, there is every chance we see a renewed level of investor interest in ILS, something we at Artemis are already seeing as the percentage of the nearly 60,000 readers who visited us in March that have investment backgrounds has increased considerably.

Fitch Ratings also believes that the participation of capital markets investors in reinsurance is set to resurge.

The company noted recently that while the January 2020 reinsurance renewals did fall below expectations for some, the prospects looked brighter for greater rate increases in April, June and July.

“April (Asia focused) and June (Florida focused) 2020 renewals are ripe for more sizable reinsurance rate increases given that these accounts were most affected by catastrophe losses,” the rating agency said.

April evidenced that, with some loss-affected Japanese catastrophe exposed business seeing reinsurance rates increase by up to 50%.

Reinsurance pricing is therefore expected to continue improving, especially in areas of the market where the ILS funds and collateralized markets are most prevalent.

There’s now a belief that reinsurance rates could rise faster as well, given the impact of the coronavirus on the traditional marketplace.

While levels of alternative capital in reinsurance were seen to have shrunk in the second-half of 2019, Fitch sees a good chance of this recovering.

This dent to alternative capital was largely due to, “partly due to redemption requests as investors seek higher returns, concerns over loss reporting that has trapped capital as well as potential climate change considerations,” Fitch believes.

But the rating agency expects that capital market participation will resume in 2020, with investors set to return to the ILS market.

While some ILS investors have cashed out of catastrophe bond positions in recent weeks or filed redemption requests of ILS funds, as they sold off assets that were still performing despite the coronavirus market contagion, it’s thought likely many of these investors will seek to re-enter the ILS space in time and may bring more investors with them.

Driving investors to consider fresh or even upsized allocations to ILS and catastrophe bonds in the coming months will be the higher return potential of new investment opportunities and the demonstrated low-correlation.

The investment case for ILS and catastrophe bonds is perhaps as strong as ever right now and could strengthen further if reinsurance rates do firm considerably at the mid-year renewals.

We understand that this is already being experienced by some catastrophe bond funds, with enquiries received for new investment mandates already this year, even in the last fortnight.

With the cat bond market seemingly buoyant at the moment and spreads definitely up on last year, the cat bond sector is likely to be a beneficiary of growing investor interest.

To us, it looks as if improved return opportunities could drive the resurgence of investor interest in ILS funds more broadly as well and as a result drive alternative capital higher as we move through 2020 into 2021.

Which could result in the ILS market returning to growth around the middle of this year and perhaps even ending 2020 at a new high, should rate firming persist and major catastrophe losses remain largely absent.

There are significant maturities of catastrophe bonds to come though (as detailed in our latest free market report) and that means a lot of capital available to reinvest over the next few months, making this also a good time for some sponsors to consider issuing, once the immediate uncertainty created by the coronavirus has lessened.

Higher rates and pricing aside though, the promise to investors of an asset class delivering attractive returns over the longer-term horizon, that has a low-correlation to broader financial markets, remains clearer than ever and increasingly large investors continue to discover this, with more pension funds and major institutional investors attracted to the sector all the time.