Haiti to get $40m as earthquake triggers CCRIF parametric insurance

The Government of Haiti will receive a payout of roughly US $40 million after its CCRIF parametric insurance policy was triggered by the devastating earthquake that struck the country on August 14th, with $15 million to be delivered within 7 days of the event. 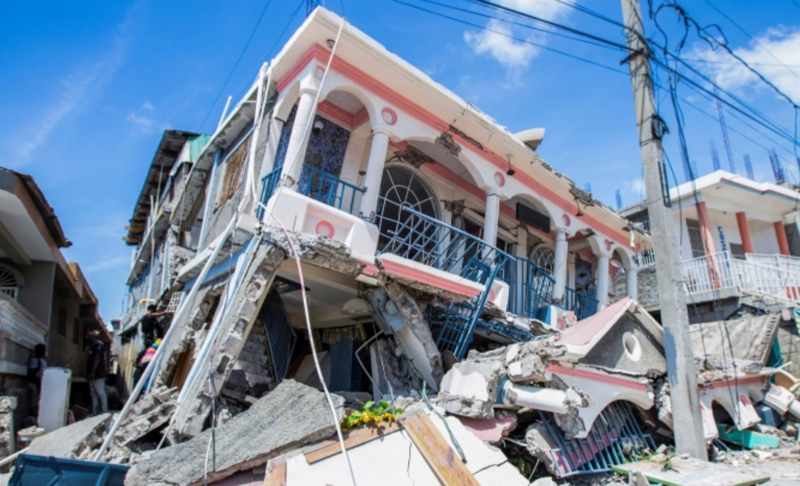 As we explained yesterday, we had been expecting a payout would be made, as Haiti has parametric insurance in-force from the CCRIF.

But the CCRIF’s announcement just a few days after the quake will give the Government of Haiti some relief, as the US $40 million will make a vital contribution to its funding and liquidity at a time when the country had already been struggling due to the pandemic.

Typically, CCRIF endeavours to make its parametric insurance payouts within 14 days of a disaster occurring, but in this case the Facility said it will make payment of a first instalment of US $15 million within 7 days of the quake.

That will be extremely valuable financing for the response and recovery to the recent earthquake, helping Haiti’s Government provide more support to those needing it and to fund reconstruction.

Haiti’s Minister of the Economy and Finance, Michel Patrick Boisvert, commented, “The payout from CCRIF to the Republic of Haiti following the earthquake on August 14, 2021, will help finance rapid and tangible government activities geared towards supporting the poor and vulnerable affected by the earthquake in the Grand Sud region.

“Given the proliferation and recurrence of natural disasters, access to parametric insurance policies offered by CCRIF and other risk financing mechanisms makes it possible to better manage the impact of these disasters on public finances and strengthen financial resilience in the medium term. For a country like Haiti, which is exposed to multiple natural disaster risks, it is imperative for us to adopt preventive measures to reduce vulnerability to shocks, while improving disaster preparedness and response.”

Haiti’s payout of $40 million from this quake will represent the full coverage limit under its parametric insurance policy for earthquakes for the 2021/22 policy year.

However, Haiti will still be covered even beyond the payout to the end of the policy year at May 31st 2022, as a Reinstatement of Sum Insured Cover (RSIC) policy feature introduced by CCRIF in 2017 provides access to coverage after the maximum limit has been reached.

In 2010, the Government of Haiti received a payout of US $7.8 million from CCRIF after the devastating quake that struck that year, but since then it has increased its parametric insurance coverage for earthquakes, with the cumulative increase being about 400 per cent, hence the much larger payout this time around.

This payout to Haiti will be the CCRIF’s largest single payout to-date.

Of these, Haiti has received five payouts totalling US $78.3 million, or 32% of the total payouts made.

CCRIF CEO, Isaac Anthony said, “Our thoughts and prayers are with the people of Haiti, cognizant of the multi-hazard environment that they are in. CCRIF is pleased to be able to support Haiti in its time of need, providing these funds that can be used to help address the country’s most urgent priorities. We continue to closely monitor the overall situation in Haiti, including the passage of Tropical Cyclone Grace and its potential impacts on the country and stand ready to further support our member country and its people in this time of crisis.”

This rapid payout to Haiti in its time of need after a devastating earthquake that has killed well over 1,400 people is a clear demonstration of the value of parametric triggers.

It’s also a clear demonstration of the value of the CCRIF, in using risk pooling and reinsurance capital to help countries like Haiti to secure important disaster risk financing protection.

Without a facility like the CCRIF in place, it is unlikely the Government of Haiti would have this cover in place, or that it could have afforded to access sources of insurance and reinsurance capital without significant donor contributions.

CCRIF has helped to make disaster risk transfer and financing more affordable and through its use of parametric triggers more responsive, while the regional risk pooling approach helps to make reinsurance capacity more affordable to underpin the Facility as it grows.