We’ve learned that the first company destined to be an insurance-linked securities (ILS) special purpose vehicle has already been registered in Hong Kong, with Greater Bay Re Limited established to issue a catastrophe bond on behalf of China Re, sources told us. 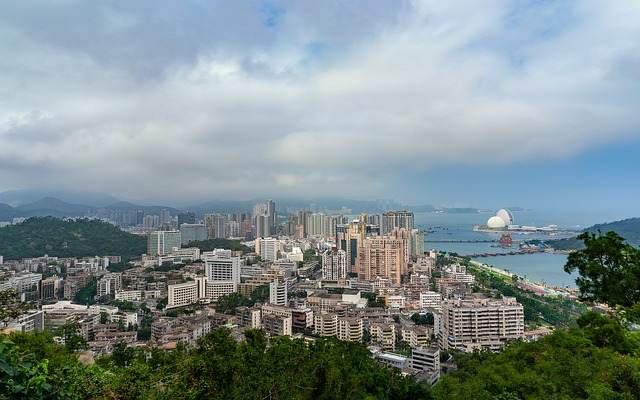 It’s an important sign of the state of readiness of Hong Kong’s legislative and regulatory framework for insurance-linked securities (ILS), showing that the Special Administrative Region is now ready for ILS activity and to become a domicile for catastrophe bonds.

The sponsor is also particularly noteworthy, as we’re told it will be China Property and Casualty Reinsurance Company Ltd. (China Re P&C), part of China Reinsurance Corporation, one of the largest insurance and reinsurance companies in China, but also with a global footprint thanks to operations in Lloyd’s of London and Singapore, as well as offices in Hong Kong and New York.

China Re had also acquired Chaucer in 2018, giving the company an even broader international specialty insurance and reinsurance footprint, including operations in Bermuda, Dubai, Australia, Miami, Dublin and other international locations.

China Re is also notable as it has been the sponsor of a catastrophe bond before. The $50 million Panda Re Ltd. cat bond had provided the company with three-years of indemnity reinsurance protection against losses from earthquakes in China, but was not renewed at maturity.

With a broad exposure to catastrophe risks in China and also a growing exposure to international cat risk, China Re can certainly benefit from use of the capital markets to diversify and support its retrocession and reinsurance needs.

But as Hong Kong’s emerging ILS platform is seen as a potential ILS gateway to the Chinese market, if the first cat bond to be issued in Hong Kong turns out to be from a Chinese sponsor and featuring Chinese perils, it will be a particularly landmark transaction.

The insurance-linked securities (ILS) market has always sought diversification into Chinese risks, but aside from some private transactions, the one-off Panda Re deal in 2015, and some private layers of reinsurance programs, there are relatively few Chinese peril focused opportunities for ILS funds or investors to allocate to.

Greater Bay Re Limited was incorporated on June 23rd as a public company in Hong Kong.

We understand it will now need to be authorised as a special purpose insurer (SPI), to be allowed to undertake ILS business and act as a vehicle for issuance of a catastrophe bond.

As a result, it is still quite early days and we may not see a Greater Bay Re catastrophe bond in more detail, or coming to market, for some weeks or even months.

We will of course update you if and when additional details on a Greater Bay Re Limited catastrophe bond, sponsored by China Re P&C (or anyone else) emerge.

You can hear from the Hong Kong Insurance Authority at our upcoming ILS Asia 2021 virtual event that begins on July 8th. Please register now to secure your place.