The global capital market has ample capacity to assume the international disaster gap with “relative ease,” and utilising insurance-linked securities (ILS) solutions to address the issue benefits both societies and investors, according to John Seo, Co-Founder and Managing Principal at Fermat Capital Management LLC. 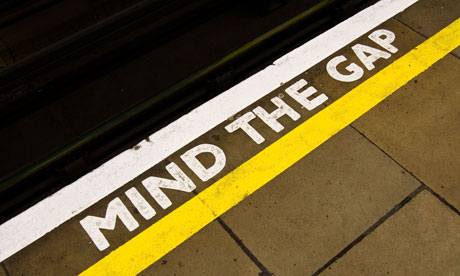 The global disaster gap, or protection gap is the difference between economic and insured losses after a catastrophe event, which, appears to be expanding as higher asset values and increased wealth become concentrated in areas susceptible to extreme weather events, which are also on the rise, in both emerging and mature markets.

For the insurance and reinsurance industry the disaster gap is seen as a huge challenge and great opportunity, but according to a recent white paper from Fermat Capital’s John Seo, the reinsurance sector isn’t prepared for an unprecedented industry loss event, and the global capital market has more than enough capacity to assume the disaster gap exposure while doing good for society.

According to the white paper, written by John Seo alongside Greg Hickling, Director of Brookvine Pty Limited in Australia, if hurricane Matthew had struck the most concentrated property exposures of Miami, for example, the insurance and reinsurance industry loss would have been more than $250 billion. And with the global reinsurance sector’s capital level at a reported $350 billion, Seo notes that this suggests a “gross under-preparedness to meet the cost of catastrophic disasters.”

However, the use of the capital markets, of which ILS is a component, was created as part of the solution to the global disaster gap, essentially to assume low frequency/high severity catastrophe events so that re/insurers can concentrate on what they’re really good at, while providing investors with an attractive return.

Seo explains that the global disaster gap represents roughly 0.8% of the total value of the international listed equity market, which amounted to approximately $62 trillion at the end of 2015.

“It is clear that the global capital market has the capacity to assume the disaster gap risk with relative ease. The risk can be passed on to stronger hands,” said Seo.

The reported size of the global disaster gap varies as companies use differing approaches and datasets to attain a figure. As an example, the white paper notes that there is an estimated $500 billion+ structural disaster gap “between the traditional reinsurance capital base and the global exposure to catastrophe risk.”

Whereas reinsurance giant Swiss Re reported in October 2015 that the global disaster gap was an estimated $1.3 trillion, and growing.

Currently, estimates for the size of the ILS space range between $70 billion and $75 billion, with the majority of this coming from capital markets investors that have a desire to assume insurance or reinsurance-linked business.

But with the global listed equity market at a huge $62 trillion, all of which is investors money that could, potentially, be invested in the diversifying and uncorrelated ILS sector, there’s more than enough capacity to tackle the burgeoning disaster gap.

“Failure to deal with the growing Disaster Gap will, at some point, severely affect the global re/insurance pool with a potentially devastating impact on the world’s ability to do business.

“The need for a capital markets solution has seen the development of the ILS asset class, which continues to go some way to closing the Disaster Gap. In return for providing investors with attractive risk-adjusted returns, ILS represents a valuable and growing source of structural capital solution to the world problem,” said Seo.

Furthermore, Seo raises an interesting argument for the inclusion of ILS as an ‘impact investment,’ being an investment that is designed to provide a meaningful benefit to societies and people’s lives, along with an adequate financial return.

“By helping to close the Disaster Gap they (ILS) have a measurable beneficial impact on the quality of people’s lives and generate attractive risk-adjusted returns,” said Seo.

Perhaps more notably in emerging markets and regions, but it is also true for mature markets that are underserved and that ultimately contribute to the global disaster gap, utilising ILS to help insurance solutions reach people who need it most is of a great benefit to both local and global economies and societies.

After an event, whatever portion of the loss isn’t covered by insurance is borne by the government and then ultimately the taxpayer, underlining the very real, and very urgent need for innovative solutions to be developed to help narrow the disaster gap, of which the capital markets can clearly play an important role.