Heightened and ongoing uncertainty facing the reinsurance sector and the fact reinsurers have responded by shifting their views of risk is set to drive further rate increases and should make the gains already secured more sustainable, according to analysts at Morgan Stanley. 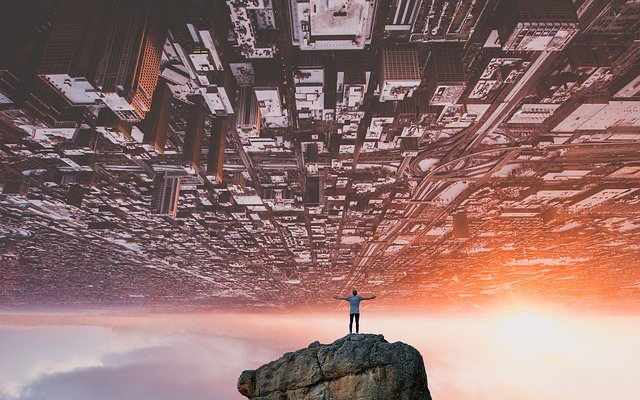 With the April 1st reinsurance renewals looming and thoughts already on pricing for the mid-year signings in June and July, the analysts looked at some of the catalysts that have driven market dynamics and rates over the last few months.

One important factor that we’ve documented throughout recent months is the fact that, unlike other periods of reinsurance price firming, capital availability is not an issue driving market trends, this time around.

In fact, global insurance and reinsurance underwriters remain well-capitalised and in some cases better so than before the COVID-19 pandemic broke out a year ago.

Recovering from the initial investment-side hit, underwriting firms have since then been able to increase their capital base with fresh raises, while still returning some capital to shareholders in many cases.

Fresh capital raising totalled some $20 billion in 2020, according to Willis Re, as we documented yesterday.

Which led to the traditional reinsurance industry hitting the January renewals this year with perhaps more capital available than a year earlier, while the insurance-linked securities (ILS) market was also fast recovering and much less affected by trapped capital than people had assumed it would be.

In fact, AM Best and reinsurance broker Guy Carpenter estimate that traditional reinsurance capital grew by almost 1% during 2020, while ILS capital shrank by roughly the same amount.

So the market definitely isn’t facing a dearth of capital and as demand hasn’t risen significantly, it can’t be said that a capital crunch is causing the firming of rates.

“With capital constraint less of a factor, we view the price firming seen at 1/1 renewals sustainable throughout the year, for the similar disruptive forces experienced in 2020,” Morgan Stanley’s equity analysts stated.

As we also explained yesterday, fresh capital raising has continued into 2021, with Willis Re estimating that at least $4 billion has been raised and another $2 billion is underway, or under consideration to raise.

So, if it’s not a constraint on reinsurance industry capital, as Morgan Stanley said it must be other disruptive forces.

Here the analysts cite five specific factors that are driving the need for elevated returns: 1) elevated catastrophe losses; (2) concerns about casualty prior year reserves; (3) generally higher litigation (so-called social inflation); (4) Covid uncertainty (which the analysts say is more of an issue for reinsurers than for primary insurers); and (5) persistent low investment yields.

COVID-19 and the lagging effects of the pandemic is a particular concern, Morgan Stanley’s team believes, with the potential for longer-tailed line impacts still relatively obscured from view.

After the significant number of mid-sized catastrophe loss events in 2020, 2021 has started with another, in winter storm Uri, all of which is ramping up some pressure on the sector to better cover its loss costs.

Here, we’d add that re/insurers don’t just want to cover their losses with reinsurance and retrocession anymore, they realise that covering loss costs upfront in the pricing they secure for originated underwritten business is absolutely key.

So, while 2019 and 2020 at the mid-year renewals brought some increases in rates, the analysts are much more positive for the outlook for mid-year 2021 reinsurance renewals, because “We believe there has been a fundamental shift in reinsurers’ views of risk.”

As a result, they say to “expect further rate increases and policy tightening throughout 2021.”

Most importantly though, the analysts say, “We do not believe the entrance of new capital into the market will disrupt pricing, but will rather play the role of filling capacity holes and adding to existing platforms.”

If this is truly the case and the industry is recalibrating its views of risk, to better cover its loss costs and make for a more sustainable pricing environment, it bodes well for the ILS market as well, as returns could remain at better levels more sustainably as well.

Of course, things can change quickly and capital is without a doubt a factor in this, as we’ve seen before.

But at this stage, we’re not hearing any appetite to flood the market with capital and roll back pricing gains made so far.

Perhaps that bodes better for the future and while uncertainty persists related to the pandemic and the global economy, the analysts could well prove to be right, for the time being at least.

We’ve been saying for some years now, that inward rates and pricing needs to cover an underwriting firms cost-of-capital, loss costs, expenses and a margin, over the cycle and duration of longer-term risk exposures.

Uncertainty seems to be the key issue that is driving companies in the space towards this more sustainable position.

Of course, as the pricing improves, that’s when different business models can shine and lower-costs of capital, or greater efficiencies, can be wielded to their greatest effect.

We may not be that far off some of those factors starting to shine through.