French flood insurance loss estimated at up to $1.6 billion: AFA

The French Insurance Association (AFA) has released a more formal initial estimate of the insurance industry losses to be expected from the recent French flooding, saying that the final loss could be as much as EUR1.4 billion (approximately $1.6 billion). 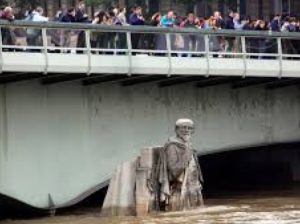 The figure from the AFA is a little lower than the estimate cited by the director general of the French mutual insurers group the MAIF, who said that the French flooding and storms could result in an insurance industry loss of EUR2 billion ($2.3 billion) or more.

The difference in estimates of the industry losses that will be faced by insurance and reinsurance firms is typical of a loss that is largely flood related. Flood loss events are difficult to quantify and it can take time for claims to be filed, with damage continuing to occur after the rains stop and while flood waters remain.

The French Insurance Association (AFA) said that over 77,000 claims reports have been logged with insurance firms and there is an expectation that this will rise significantly, to almost double at around 150,000 claims.

The AFA noted that this estimate is preliminary, as the state of damage in some areas of the Seine basin and Paris could result in a significant uptick in claims, dependent on how long it takes for the flood waters to recede in some parts.

Also, today French politicians recognised that 782 towns were in a state of natural disaster after the floods, which activates the French Cat Nat system, meaning some compensation will be paid to affected property owners and it will call state backed reinsurance firm CCR into play.

So some of the losses will be borne by state backed reinsurer CCR it appears, with the designation of the French flooding as a natural disaster, but CCR itself buys retrocession from the global markets so some of its losses could be passed on. The AFA said that CCR’s own estimates for the insurance industry loss are in-line with its own.

Primary insurers affected still buy reinsurance protection, so the loss will not just fall to CCR to reinsure. Hence some exposure for reinsurance companies and potentially ILS players remains possible.