Four levers of reinsurance success (according to Doucette, Everest Re)

For large traditional reinsurance firms, like Everest Re, there are four main responses to the challenging and softened marketplace, or perhaps what could be called levers for reinsurance success. Pulling the right levers could prepare companies for a new reinsurance world order, pulling the wrong one could see them doomed to failure. 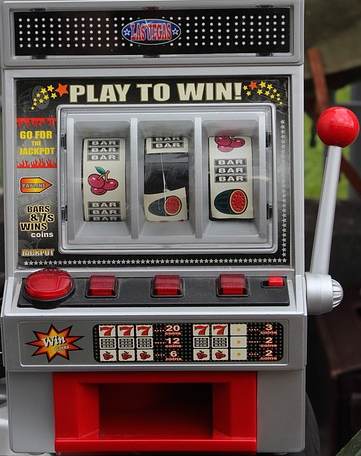 Reinsurers are scrambling to respond to the continued softening and increasingly competitive market environment, with strategies emerging that see some firms diverging away from reinsurance altogether, while others are doubling down on being specialists in the space.

According to John Doucette, President and CEO of Reinsurance Operations at Everest Re, there are four main levers for future reinsurance success, which he laid out clearly in the firms latest earnings call.

Doucette explained how Everest Re had approached the mid-year reinsurance renewals, saying; “Everest continued to dynamically allocate capital to opportunities with the best risk-adjusted returns, rather than chase the market down on non-performing deals. We reduced or declined these and selectively deployed capacity towards deals that were priced well.”

He explained that Everest Re is focused on the best way to “successfully ship risk capital to the benefit of our overall portfolio,” with the goal of “delivering the most value for reinsurance clients at the best costs.”

Everest Re is one of the larger players in the market, with reinsurance and primary units and broad specialty experience, as well as the more typical property and casualty underwriting. The firm also employs alternative capital from investors in its Mt. Logan Re collateralized reinsurance sidecar-like vehicle.

Recent trends in the market point towards the need for strategic change and it is becoming increasingly important for reinsurers to identify strategies to get them through this challenging time, as the market evolves, and to transform them into a reinsurance company for the future.

Doucette simplifies it as a four key levers that reinsurers are employing in response to market conditions.

He explained; “Thus, the reinsurance market continues to sprint towards;”

As ever, efficiency is deemed key.

Efficiency added in a number of ways: Through the size and reach of the business; by leveraging multiple sources of capacity with different return expectations; by finding the most effective and cheapest ways to source risks and deploy capacity (including technology); and, by reducing operational overheads.

These four points sum up the search for relevance and the need for efficiency in reinsurance today. They also offer a glimpse into how Everest Re is responding to market forces and can be used to highlight where others are failing to respond sufficiently so far.

Doucette continued; “Those reinsurers that can execute on these objectives will succeed in both good and bad reinsurance markets. But those that do not could be disintermediated, or diminished, as the reinsurance value chain compresses.

“Everest continues to remain nimble in its approach to this changing market environment, adopting its operating strategies to ensure success today and into the future in the new reinsurance world order.”

Doucette identifies what every reinsurer needs to be doing right now, to ensure they are still around as an independent going concern when the new reinsurance world order finally emerges.

Those failing to respond in ways like this are likely doomed to be snapped up by acquisitive competitors, or could suffer the ignominy of a slow and painful disappearance from the market, as their underwriting portfolio shrinks or they suffer repeated loss years.

There are few other choices than to follow these four guidelines. Smaller reinsurers may find they can follow one or two of these and survive a few years. For the larger players all of these and more responses are likely to be required over the next few years.

It’s now abundantly clear that no reinsurance company can afford to carry-on-regardless at this stage in the market cycle.

Even following the impacts of recent events there is no guarantee that incumbents positions will be retained and that there will be sufficient price rises to mean that reinsurers no longer have to worry about the state of the market.

In fact, it could be more important than ever that reinsurers position themselves ready for the future right now while the market adjusts to and absorbs its recent losses.

Choosing which levers to pull for reinsurance success is vital and needn’t be a gamble, there are tried and tested ways to respond.

If you haven’t done so yet, it would be advisable to get moving on a transformation that will prepare you for a more competitive reinsurance future, where efficiency really does matter. As this future is still coming, no matter how much the market has lost.