Price rises are beginning to filter through in the wake of the Fort McMurray, Canada wildfire loss of last year, resulting in higher reinsurance and retrocessional reinsurance renewal costs, according to analysis from MSA Research Inc. 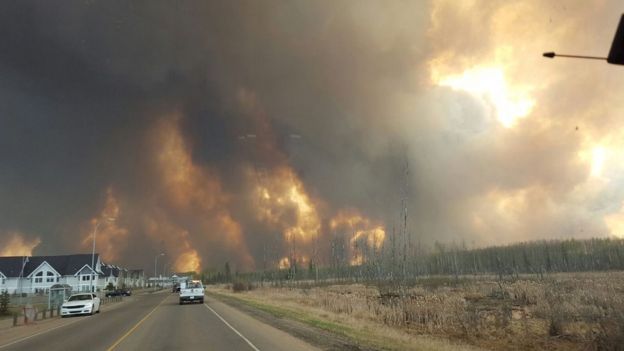 The Fort McMurray wildfire loss was one of the biggest industry events to ever strike the Canadian insurance sector and as a result the impact on global providers of reinsurance and retrocession capacity was significant.

The total insurance industry loss from the Fort McMurray wildfires was pegged at somewhere around US$3 billion to US$4 billion, according to most companies surveying the impact to the re/insurance sector.

A significant proportion of this loss fell to international reinsurance firms and minimal amount flowed to capital markets capacity providers including some ILS funds, sidecars and collateralized retrocessionaires.

As a result of the flow of losses to the reinsurance sector, some rate rises are being seen as Canadian insurers and reinsurers renewed reinsurance and retrocessional coverage.

“This may be a result of higher reinsurance costs in a post Fort McMurray year,” Baker suggested.

Interestingly, and reflecting the heavy loss that reinsurance took from the Fort McMurray wildfires, the biggest decline in net written premiums was actually seen at reinsurers, and Baker said that this indicates “higher retro costs.”

It’s some evidence that reinsurance rates can increase after a major loss, despite the softened state of the global market and the continued glut of reinsurance capital targeting the sector.

But sources said that price increases in the Canadian market have not been particularly significant, compared to what might have been expected a number of years ago, which perhaps reflects the muting effect of ample capital and capacity.