The Florida Office of Insurance Regulation has already reported almost $2 billion of insurance claims filed from hurricane Irma, with more than 335,000 claims filed and just 4.5% closed to date. The FLOIR data shows that claims have been quickest to come in from the eastern coast of the state.

Hurricane Irma tracked up the western side of Florida so it’s perhaps a little surprising that so far the greatest proportion of claims filed are seen in counties on the east coast, such as Broward, Miami-Dade, Palm Beach, Volusia, Brevard Seminole, Orange and Osceola.

Another concentration of claims filed is seen around the area where hurricane Irma made landfall, in Collier and Lee county.

The map below, provided by the regulator, shows the distribution of insurance claims from hurricane Irma. 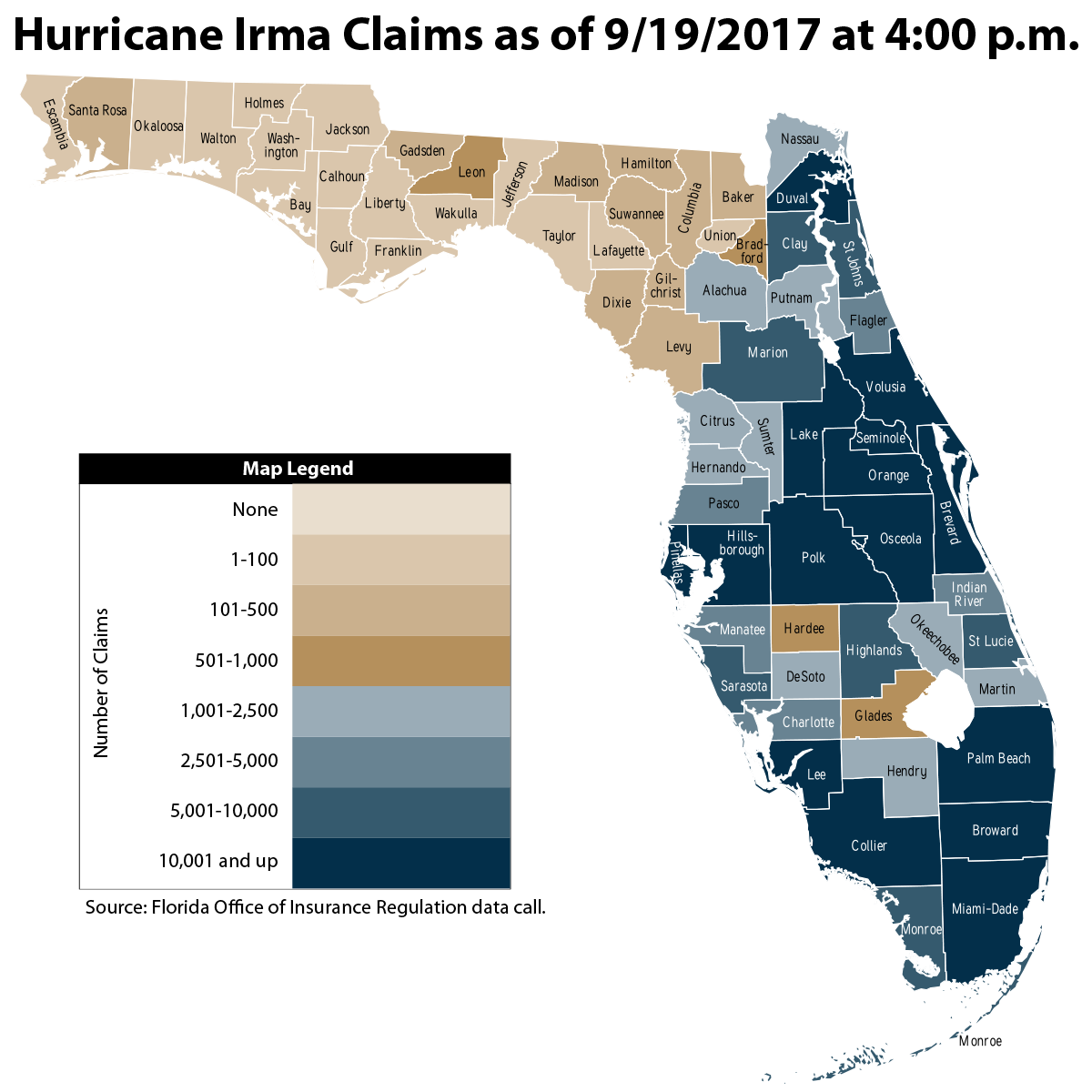 Residential property claims make up almost 295,000 of those filed, while commercial property accounts for almost 10,000 so far. Only 555 private flood claims had been filed as of late on the 17th September, along with 451 business interruption claims and almost 30,000 from other lines of business.

9,420 claims have been closed and paid out, with another 5,552 closed, which means a significant effort is required to accelerate claims payments to policyholders with over 320,000 claims still open.

The total paid out to date is $1.955 billion, a figure that will rise considerably over the coming weeks.

Florida Citizens, which of course has a large reinsurance program including the use of catastrophe bonds, is said to be estimating that it will receive around 125,000 claims due to hurricane Irma.

Given Citizens market penetration these days, having depopulated its book significantly, that would suggest the overall claims filed number for hurricane Irma has some way to rise still.

The expectation remains that reinsurance capital will pay for the bulk of the claims from hurricane Irma, with the ILS and alternative capital market expected to take a reasonable share of both reinsurance and retrocession claims