The Florida Hurricane Catastrophe Fund (FHCF) is expected to target a renewal of its $1 billion layer of reinsurance coverage at the mid-year, but the attachment point of the layer is expected to drop down as the Fund arranges its financing after the impact of hurricane Irma last year. 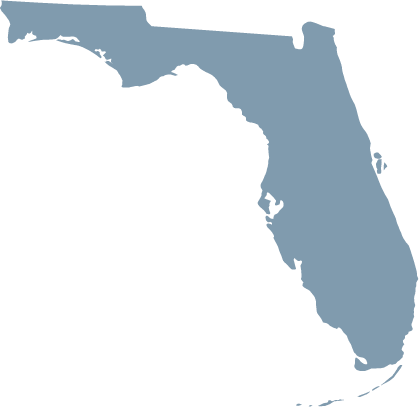 The first time the FHCF secured a layer of reinsurance within its funding tower was in 2015, when it purchased $1 billion of cover at an attachment point of $12.5 billion.

The FHCF returned a year later, renewing the $1 billion of reinsurance in 2016, at a lower attachment point of $11.5 billion of losses, costing the FHCF a premium of $63.5m.

Then last year, for its 2017 reinsurance renewal, the FHCF stuck with the $1 billion layer at the same attachment point of $11.5 billion, but saved money as the cost fell to $61 million.

Each year the collateralized market and ILS funds have played a role in the FHCF’s reinsurance purchase and is expected to again this year, when the Fund approaches the reinsurance market again.

For 2018, the FHCF is targeting the purchase of another $1 billion reinsurance layer, but this time the attachment point is expected to drop down further, to cover losses attaching at $10.5 billion.

The $1 billion of 2018 reinsurance risk transfer will be inserted into the middle of the FHCF’s projected end of year fund balance, so effectively helps to extend its overall claims paying capacity which could stretch to as much as $29.4 billion this year, taking into account all industry retention, co-payments, funding and bonding capacity.

It’s testament to the robust funding of the FHCF that it will enter the hurricane season this year with more ground-up resources than a year earlier, despite the $2.04 billion of incurred hurricane Irma losses.

With $14.1 billion of cash funding expected, as well as the $1 billion of reinsurance and $2.2 billion of bonding carried over from prior years, the FHCF will go into the 2018 hurricane season with more than the statutory $17 billion limit it has to meet.

In fact, the FHCF could roll over into 2019 will more funding than it needs, if the hurricane season is less impactful this year.

If the 2018 hurricane season results in no loss to the FHCF the reinsurance market could lose out next year, as the Fund projects it would have sufficient financing and cash on hand to be able to forego another renewal next year.

But, if there are events that drain the FHCF’s claims paying capacity in 2018 then the Fund could need to secure significant financing for the following year, which means reinsurance and perhaps other forms of risk transfer such as catastrophe bonds could play an even larger role, especially if pricing is comparable to other forms of bonding from the capital markets.

The FHCF is out in the market seeking terms for a $1 billion 2018 reinsurance renewal we understand. We’ll update you when and if further information becomes available.