The United States has experienced a vigorous and deadly start to the convective storm and tornado season in 2020, with five billion-dollar economic loss events caused by the peril already this year, according to Aon’s Impact Forecasting unit.

The insurance and reinsurance broker’s Impact Forecasting team track and report on loss activity from weather around the globe and 2020 looks set to be a more costly year for re/insurers from the severe convective storm peril.

As we’d already reported, March and early April 2020 saw billions of dollars of economic and insured losses caused by a number of outbreaks of severe and convective weather, characterised by hail and tornadoes as well.

Another outbreak between April 10th and 14th saw additional tornado activity and is expected to be one of the billion dollar severe convective storm events Aon’s team refers to.

By any reckoning, the U.S. tornado season is off to a particularly active start, with data showing that tornado trends are running above average levels. 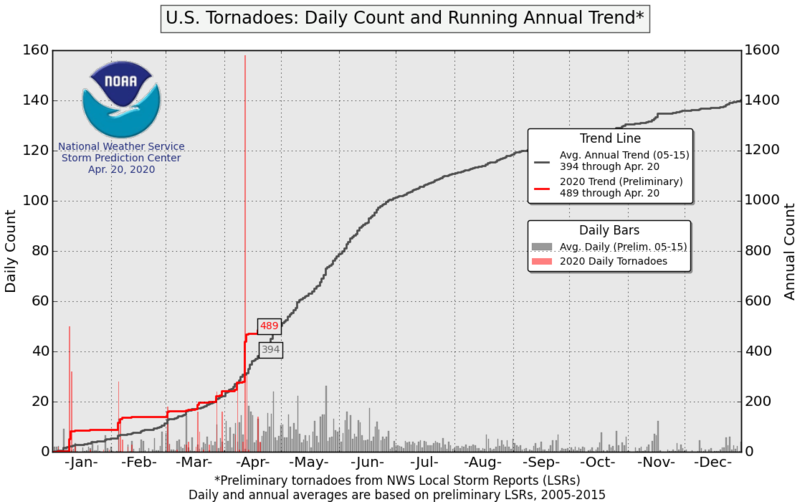 In fact, inflation adjusted tornado trends are running above the 75th percentile through April 20th. 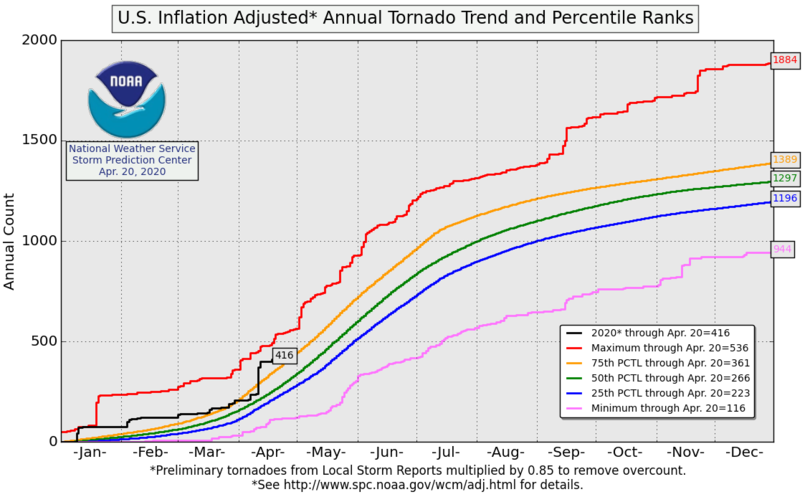 Interestingly though, hail reports are running behind the long-term trend so far this year. 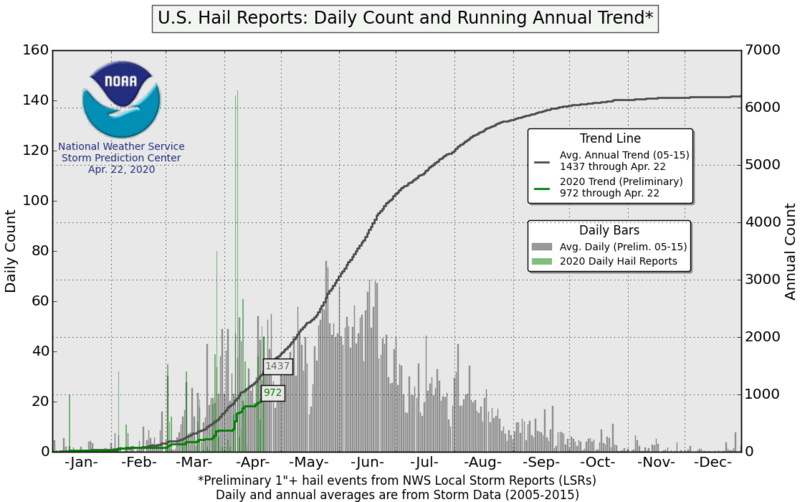 But wind reports are running far above the average in 2020 so far. 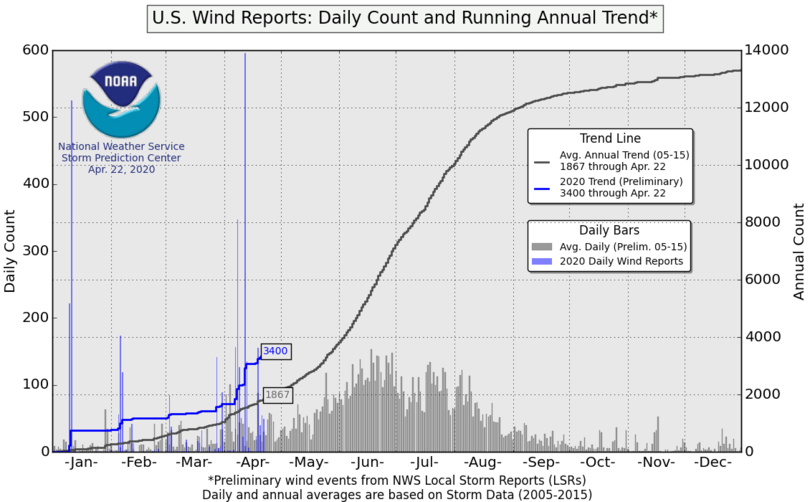 Further tornadoes were seen in the last week and Aon’s Impact Forecasting team explains that, “The aggregated costs associated with both events from the week – April 18-20 and April 21-23 – were expected to minimally reach into the hundreds of millions (USD); if not higher.”

Adding that, “Most of the wind and hail-related damage was expected to be covered by insurance.”

Impact Forecasting explained how severe this year’s convective storm season has been so far, “The United States has already recorded no fewer than five billion-dollar economic loss events resulting from severe convective storms thus far in 2020. One of the events – the March 27-30 outbreak –cost insurers more than USD1.0 billion alone.”

The Impact Forecasting team highlights the impacts that wind related events have had in 2020 so far, a cause of much of the insured damage so far this year.

“While large hail continues to be a primary driver of losses in 2020, the wind component has played a major role, too. Straight-line winds have been particularly damaging, though tornadic activity has been highly elevated as well,” the Impact Forecasting team explained.

April and May are known to be peak months for the convective storm peril and tend to feature some of the most active periods of tornadic activity as well.

With insured losses mounting, the chances of some of these severe convective storm losses falling to the reinsurance market are elevated as well.

If nothing else, quota share reinsurance will likely support some insurers ability to pay claims. But as repeated billion-dollar severe weather events hit the U.S., the chances of some aggregate reinsurance layers attaching will also become elevated as the year proceeds.